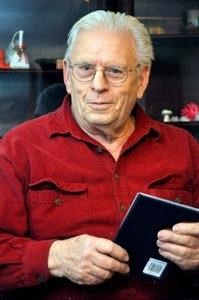 BORN
1937
DIED
2019
ABOUT
Onteora Central High School
FUNERAL HOME
Lasher Funeral Home Inc
100 Tinker St
Woodstock, NY
SHADY-Frederick W. 'Bill' Reynolds, 81, of Shady, N.Y. passed away on Saturday, September 7, 2019, in Rhinebeck, N.Y.Born in Kingston, N.Y., on Oct. 23, 1937, he was the son of the late Frederick R. and Charlotte (Wager) Reynolds.Bill married the love of his life, Doris (Broskie) Reynolds on Sept. 26, 1964 at St. James United Methodist Church in Kingston. Bill was a graduate of Onteora High School and Orange County Community College. He also attended Drexel University where he was a member of the Pi Kappa Phi Fraternity. Bill was a licensed land surveyor, having owned his own business, Reynolds Land Surveyors until his retirement. He was also previously employed for the New York State Department of Transportation where he served as the Surveying Supervisor for Region 8.Bill served in the New York State National Guard, HH&S Battery, 1st Battalion of the 156th Artillery, from 1955 to 1965.He was founding member of the Woodstock Ambulance Squad where he served as the first President of the organization.Bill was an avid Skier and a 22 year member of the National Ski Patrol at Cortina Valley.He enjoyed the outdoors and had a passion for hunting, fishing, and camping.In addition to his loving wife of 55 years, Bill is survived by a daughter Susan Hoch (Bill), son Steven Reynolds (Kevin) , son in-law Stephen Lux, a grandson Kevin Reynolds, three granddaughters, Nicole, Cassie, and Kayla Hoch, sister Blanche Schmidt, and several nieces and nephews.Bill was predeceased by his son William “Billy” Reynolds.A Celebration of Life will be held at Shady United Methodist Church, Church Road, Shady N.Y. 12409, on Saturday, Sept. 21, 2019 at 2:00pm. Family and friends are invited to join us for fellowship at the church hall following the service.In lieu of flowers, memorials may be forwarded to the Shady United Methodist Church, PO Box 61 Lake Hill, N.Y. 12248.Arrangements are under the guidance of Lasher Funeral Home Inc. 100 Tinker Street, Woodstock, N.Y. http://www.lastingmemories.com/frederick-w-bill-reynolds
Published by the Daily Freeman from Sep. 14 to Sep. 15, 2019.
To plant trees in memory, please visit the Sympathy Store.
MEMORIAL EVENTS
Sep
21
Celebration of Life
2:00p.m.
Shady United Methodist Church,
Church Road, Shady, NY
Funeral services provided by:
Lasher Funeral Home Inc
MAKE A DONATION
MEMORIES & CONDOLENCES
Sponsored by dailyfreeman.com.
3 Entries
I was out of the country in Sept. and just found out that one of my very respected mentors is now in the arms of our Savior. I hope to be part of his survey crew when I get there. God bless his family and let us know if there is anything we can do at such a time as this.
October 2, 2019
So many wonderful memories through the years. Bob and I will always look back and smile. Rest In Peace Bill. You will always remain in our hearts.
Jeannine and Bob Campbell
September 22, 2019 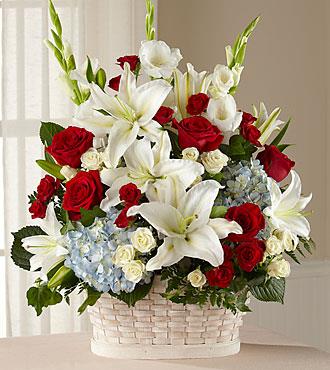