George E. Ronk
ABOUT
New Paltz High School
FUNERAL HOME
Copeland-Hammerl Funeral Home
162 S Putt Corners Rd
New Paltz, NY
George E. Ronk NEW PALTZ- George E. Ronk, 81, of New Paltz and previously of Gardiner, went to be with the Lord Jesus Christ on Friday, June 13, 2014 at Country Manor Nursing & Rehab Ctr., Carthage, N.Y. Born on Sept. 11, 1932, in the Town of Plattekill, George was the son of the late Albert and the late Helen (Bragg) Ronk. He was raised by his foster mother Ella Larkin and step mother Marguerite Ronk. He attended Campus School and New Paltz High School. He married Ruth Kallert on April 13, 1952, at the Parsonage of the Church of the Nazarene, Kingston. They just celebrated their 62nd wedding anniversary. George worked 23 years at WGB Oil Clarifier in Kingston and then worked 20 years at Spence Engineering, Walden, N.Y. He retired in Sept.of 1996. He was a member of the International Association of Machinist and Aerospace Workers Local #948, Walden, N.Y. He was a life member of the Gardiner Fire Department, Gardiner, N.Y. He was a Charter member of the New Paltz Church of Nazarene. For many years he was in charge of the music at the church. He organized and led the church choir. He planned the weekly hymns along with his friend, Ken White, who was the organist at the time. After retiring George spent 3 days a month at nursing homes playing the piano and singing Christian music. Music was an important part of George’s life and was his ministry. George is survived by his wife: Ruth(Kallert) Ronk, Dexter, N.Y.; daughter and son-in-law, Debra and her husband Keith Alexander, Dexter, N.Y.; sister, Myrt Vitarius, New Paltz; grandson, Jody and Wife Bridget Ean, Kerhonkson; granddaughter, Cindy and her husband Rick LaJoie, Warren, Ohio; granddaughter, Amy Alexander of Vancouver, Wash.; four great-grandchildren, Katrina and Ashley Ean, and Sara Brown LaJoie and Ricky LaJoie; and many nieces, nephews, cousins, and a host of great “church-family” friends. He was predeceased by his daughter, Ina Ronk-Ean; two brothers, Kenneth and Bruce Ronk; and his step-mother, Marguerite Ronk. The funeral service will be held at Copeland Funeral Home, Inc., 162 South Putt Corners Road, New Paltz, N.Y. on Tuesday, June 17, 2014 at 10 a.m. Interment will follow in New Paltz Rural Cemetery, New Paltz. Friends and relatives may call on Monday, June 16, 2014, from 4 to 7 p.m. at the funeral home. Donations may be made to Missionary Society of the New Paltz Church of the Nazarene, 170 Route 32 North, New Paltz, N.Y., 12561 or a charity of one’s choice. Condolences may be made to the family at www.copelandfhnp.com. Arrangements are under the direction of Copeland Funeral Home, Inc., 162 South Putt Corners Road, New Paltz, N.Y., 12561, 845-255-1212.
Published by the Daily Freeman from Jun. 14 to Jun. 15, 2014.
To plant trees in memory, please visit the Sympathy Store.
MEMORIAL EVENTS
To offer your sympathy during this difficult time, you can now have memorial trees planted in a National Forest in memory of your loved one.
Funeral services provided by:
Copeland-Hammerl Funeral Home
MAKE A DONATION
MEMORIES & CONDOLENCES
6 Entries
Rest in peace George. You will be missed.
Hope Gregory
June 15, 2014
George was one of the greatest man I have
every know. A faithful man to the Lord
as to his family and friends. We love
you George and will see you one day at the pearly gates. God Bless the family
Darlene & Allen Halstead
June 15, 2014
George was the first boss I ever had, up on the mountain, and I've never had a better one since. He taught me about the working world and life itself -- with decency, patience, and a sense of humor. His love of God and church, his country, and his family was always evident. I wish all teenagers could have a mentor and friend like George.
Larry Matson
June 15, 2014 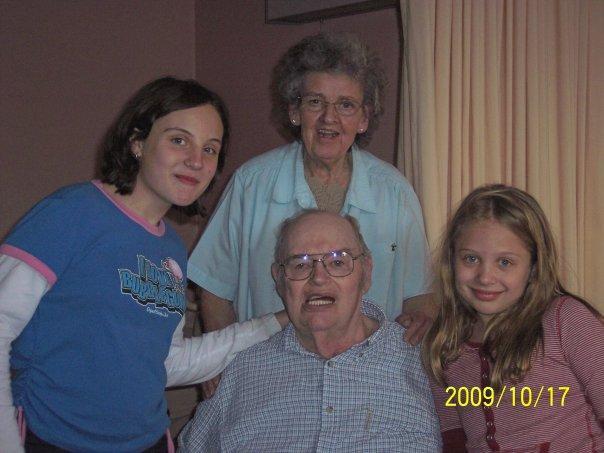 You were an amazing man with an amazing personality. I am going to miss you and I know that you will be watching over me form heaven above. you will always be in my heart forever.
sing with the angels
katrina ean
June 15, 2014 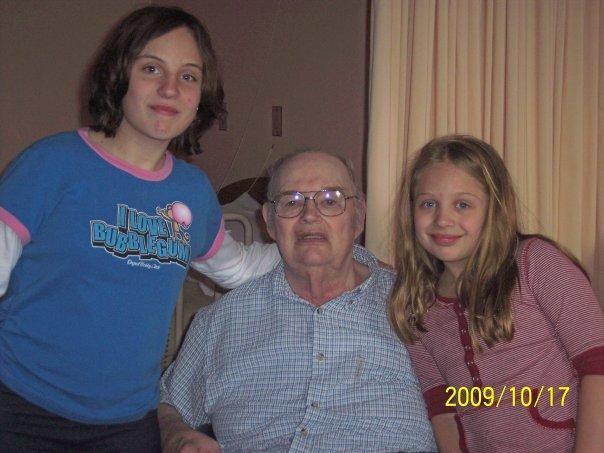 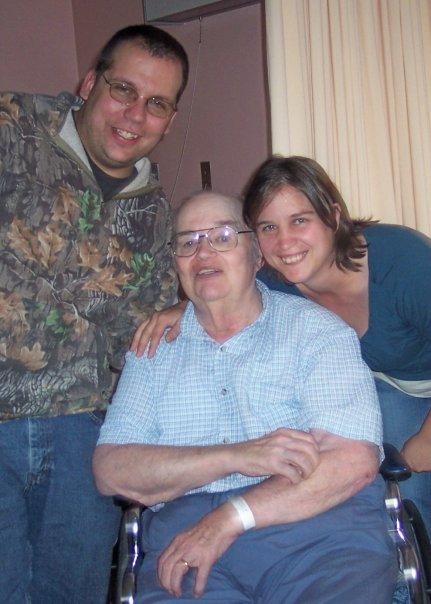 Poppy you will be forever in our hearts. Though we miss you very much already and cry many tears may they be dried by all of our wonderful memories of the great man that you were to all of us.
Bridget Ean
June 15, 2014
Showing 1 - 6 of 6 results