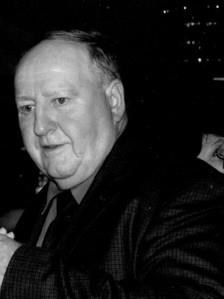 BORN
1942
DIED
2021
ABOUT
Onteora Central High School
FUNERAL HOME
Seamon-Wilsey Funeral Home, Inc.
45 John Street
Saugerties, NY
Bearsville- Howard E. Shultis, 79, of Bearsville died Tuesday October 26, 2021 at Ten Broeck Commons Rehabilitation Center. He was born March 11, 1942 in West Hurley son of the late Victor and Olive DeGraff Shultis. A graduate of Onteora High School, he was a native and life long resident who was proud to share with folks, that he had lived on the same road for seventy-nine years. He was a veteran of the US Army having served from 1964 to 1966. His service continued as a member of the Woodstock American Legion Post. He was a long-time member of the Overlook United Methodist Church. Howard valued his long family heritage, and was honored to be a guest speaker at the Woodstock Historical Society. His commitment to the community was steadfast, as demonstrated by his 61 years as a life member of Woodstock Fire Department Co.#2. He was a past captain, and a chief driver for the company. Howard had an appreciation of nature, and enjoyed spending time hunting, fishing, and camping in Lake George where he had a cabin for over 15 years. He was a welcoming host of the penny-ante Friday night poker games throughout the Winter, and formerly had been a league bowler. Howard was an avid NASCAR fan, and like to attend the local stock care races. Howard had been a foreman for the NYS DOT retiring in 1994 after 24 years on the job. He was also proprietor of an estate recycling and hauling enterprise. He was proud to be patriarch of his family, and is remember as a loving and honest individual. Surviving are his wife Barbara Schneider Shultis, daughters: Kristi of MI and Keri of PA, step-daughters: Melissa (Maurice) Tessier of Albany, and Debra (Joe) Berastegui of GA. A brother Vernon(Janet) Shultis of Bearsville and sister Irene DeGraff of Woodstock. Six grandchildren, 5 great grandchildren, and several nieces and nephews also survive. He was predeceased by his first wife Marion in 1997. A Service to celebrate the life of Howard will be held on Saturday October 30th at 11am at the Seamon-Wilsey Funeral Home, Inc. 45 John St. Saugerties. Burial with military honors will be in the family plot at the Woodstock Cemetery. Friends will be received on Friday from 3pm to 6pm at the Seamon-Wilsey Funeral Home. The family suggests memorial contributions may be made to the Woodstock Fire Department Co.#2. You may share a special memory or condolence on Howard's Tribute Wall at seamonwilseyfuneralhome.com https://www.lastingmemories.com/howard-schultis
Published by the Daily Freeman from Oct. 27 to Oct. 28, 2021.
To plant trees in memory, please visit the Sympathy Store.
MEMORIAL EVENTS
Oct
29
Visitation
3:00p.m. - 6:00p.m.
Seamon-Wilsey Funeral Home, Inc.
45 John Street, Saugerties, NY
Oct
30
Celebration of Life
11:00a.m.
Seamon-Wilsey Funeral Home, Inc.
45 John Street, Saugerties, NY
Funeral services provided by:
Seamon-Wilsey Funeral Home, Inc.
MAKE A DONATION
MEMORIES & CONDOLENCES
Sponsored by dailyfreeman.com.
1 Entry
So sorry Barbara. Sending prayers and love
Pam Gavin
October 28, 2021
Showing 1 - 1 of 1 results