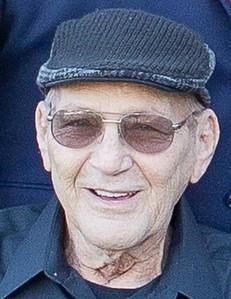 BORN
1945
DIED
2020
ABOUT
Saugerties High School
FUNERAL HOME
Seamon-Wilsey Funeral Home, Inc.
45 John Street
Saugerties, NY
COPPEROPOLIS, CALIF.- Jerry Arthur Smith, Junior, USN Retired, formerly of Saugerties, N.Y., died on Dec. 3, 2020 at his residence in Copperopolis, Calif. He was born on Feb. 13, 1945 in Saugerties; the son of Jerry Arthur Smith, Sr., and Margaret Georgianna Smith. Jerry graduated from Saugerties High School and was an accomplished athlete. Jerry played offense and defense for Coach Fred Seither and Bill Straub helping the team to undefeated seasons which is still a NYS record. Jerry also was on the wrestling team and track team. He would later enlist in the United States Navy, where he served for 30 years, retiring as a Master Chief. During that time he studied at Michigan State University. In 1971, Jerry married his wife, Judy, and together they raised their three children. After retiring from the Navy, Jerry and Judy relocated from Southern California to Copperopolis, Calif., to be closer to their grandchildren. Jerry used his skills obtained in the Navy to start another career in the canning industry. After his second retirement, Jerry enjoyed spending time with his grandchildren, visiting neighbors and having coffee with other local retirees. He was quick to laugh and was loved for his easy-going demeanor. He is survived by his son, Craig Smith and wife, Kandee; his daughter, Denise Smith; his four grandchildren, Hannah Yanez and husband Miguel, Hayden Smith, Vivianna Cecchi, and Matthew Cecchi; his sisters, Margaret Mayo and Soni O’Bryan; his brother, Hank “Coach” Smith and wife Ellen; and many nieces and nephews. His wife, Judy; his sister, Harriet; and his son, Toby, predeceased him. Jerry will be laid to rest at the Copperopolis Cemetery, in Copperopolis, Calif. His family will host a small private grave-side service. Further obituary information and expressions of condolence may be shared at www.SeamonWilseyFuneralHome.com. http://www.lastingmemories.com/jerry-smith-1
Published by the Daily Freeman from Dec. 5 to Dec. 6, 2020.
To plant trees in memory, please visit the Sympathy Store.
MEMORIAL EVENTS
To offer your sympathy during this difficult time, you can now have memorial trees planted in a National Forest in memory of your loved one.
Funeral services provided by:
Seamon-Wilsey Funeral Home, Inc.
MAKE A DONATION
MEMORIES & CONDOLENCES
Sponsored by dailyfreeman.com.
0 Entries
Be the first to post a memory or condolences.