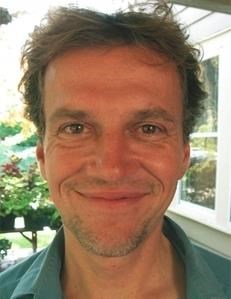 BORN
1964
DIED
2021
ALBANY- John Justin Lynch, 57, of Albany, N.Y., died suddenly on July 20, 2021, when he was struck by an automobile while riding his bicycle in Kingston, N.Y. John was born in Brooklyn, N.Y., on July 10, 1964, to John Joseph and Dolores Ann (Mikolaski) Lynch and raised in Whitestone, Queens, NY from the age of four. He attended local public schools, graduating from City as School High School. John was an active and athletic youth who enjoyed the outdoors. He also enjoyed a good game of chess. John struck out on his own at a young age as a talented juggler and performance artist whose venues included CBGB’s and the NYC Theater District. John attended Queens College and SUNY New Paltz, where he was a vibrant part of the local art vanguard. John was a romantic who enjoyed punk rock, poetry, and art. He had the ability to see the details in the mundane and in everyday life. He believed in ordinary magic. John loved pinball and video games, art films, and vegan cooking. His hospitality earned him the nickname “Host”. John eventually relocated to Albany. He worked at the Dove and Hudson bookstore for many years before joining the staff at the Honest Weight Food Cooperative. Helping and feeding people brought him immense joy. He was an essential worker through the Covid-19 pandemic. He was a passionate volunteer for Troy Bike Rescue, where he learned to repair and build bikes. He also volunteered with community bike programs in his adopted home of Kingston, N.Y. During the pandemic John and his partner Rose delivered food by bicycle for Project Resilience. John never gave up hope that efforts, intentions, and practice could change things for the better, for all of us. John is survived by his life partner, Rosemary Quinn; his mother, Dolores Lynch, of Keene, N.H.; and his sister, Christine Parshall, her husband Lucius and their children William and Liza, all of Marlborough, N.H. He is predeceased by his father, John Joseph Lynch. John is also remembered by multiple communities of friends and acquaintances, including those special people who were there for him in his greatest times of need. John received a simple and natural burial at the Rosendale Plains Cemetery, in Rosendale, N.Y., on July 26, 2021. A gathering in his memory will take place in Albany, N.Y., on Sept. 25, 2021. https://www.lastingmemories.com/john-justin-lynch
Published by the Daily Freeman from Aug. 27 to Aug. 29, 2021.
To plant trees in memory, please visit the Sympathy Store.
MEMORIAL EVENTS
To offer your sympathy during this difficult time, you can now have memorial trees planted in a National Forest in memory of your loved one.
MAKE A DONATION
MEMORIES & CONDOLENCES
Sponsored by dailyfreeman.com.
2 Entries