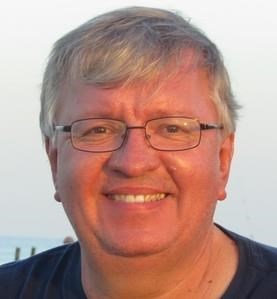 ABOUT
John A. Coleman Catholic High School
FUNERAL HOME
William G Miller & Son Funeral Home Inc
371 Hooker Ave
Poughkeepsie, NY
NEW BERN, N.C.- John C. Sumislaski, Jr., age 64, of New Bern, N.C., passed away on July 15, 2021. He was born in Walton, N.Y., on Feb. 8, 1957, the son of John C. Sumislaski, Sr., and Wanda Rajewski Sumislaski. He was a 1975 graduate of John A. Coleman Catholic High School in Hurley, NY, where he played baseball and basketball. He then received his accounting degree from Villanova University in 1979 and received his MBA from Fairleigh Dickinson University. He had a decades-long career in corporate finance at Johnson & Higgins, Marsh McLennan, and Global Risk Consultants. During his time at Marsh McLennan, he survived the World Trade Center attacks on September 11, 2001. He was an active member and Fourth Degree Knight of the Knights of Columbus and a regular volunteer at the Center for Food Action in northern New Jersey. He also volunteered for numerous community organizations. His friends and family remember him as a wonderful, generous, kind person who was willing to help anyone in need. He had a witty sense of humor and could easily make anyone laugh. He was a hard worker since the day he started as a busboy at his parents’ Kingston, New York restaurant, The Lincoln Park Inn, and throughout the rest of his life. John was an avid golfer and a big New York Yankees and New York Giants fan. On June 17, 1989, John married Priscilla Barden in Pleasant Valley, N.Y. In addition to his wife, he is survived by his daughter, Danielle of Philadelphia, Pa.; his sister, Jane Greenberg of Delray Beach, Fla., and his brother, Jim (Gina) Sumislaski of Boca Raton, Fla. He is also survived by his sister-in-law, Jane Bain of Lansing, N.Y.; his brother-in-law, John (Wendy) Barden of Poughkeepsie, N.Y.; and his brother-in-law, Tyler (Jessica) Barden of Hyde Park, N.Y.; as well as several nieces and nephews. He was predeceased by his parents, and his brothers-in-law. David Greenberg and Mark Bain. Calling hours will be from 5 to 7 p.m. on July 28, 2021, at William G. Miller & Son Funeral Home at 371 Hooker Ave., Poughkeepsie, N.Y. A funeral mass will be celebrated at 10 a.m. on July 29, 2021, at Holy Trinity Roman Catholic Church at 775 Main St., Poughkeepsie, N.Y. Inurnment will follow at Poughkeepsie Rural Cemetery. In lieu of flowers, donations in his memory may be made to the Center for Food Action by mailing a check to 145 Carletondale Road, Ringwood, N.J., 07456, or by donating online at www.cfanj.org. If you wish to send an online condolence please visit our website at www.wmgmillerfuneralhome.com https://www.lastingmemories.com/john-c-sumislaski-jr
Published by the Daily Freeman from Jul. 26 to Jul. 27, 2021.
To plant trees in memory, please visit the Sympathy Store.
MEMORIAL EVENTS
Jul
28
Calling hours
5:00p.m. - 7:00p.m.
William G Miller & Son Funeral Home Inc
371 Hooker Ave, Poughkeepsie, NY
Jul
29
Funeral Mass
10:00a.m.
Holy Trinity Roman Catholic Church
775 Main St, Poughkeepsie, NY
Funeral services provided by:
William G Miller & Son Funeral Home Inc
MAKE A DONATION
MEMORIES & CONDOLENCES
Sponsored by dailyfreeman.com.
0 Entries
Be the first to post a memory or condolences.