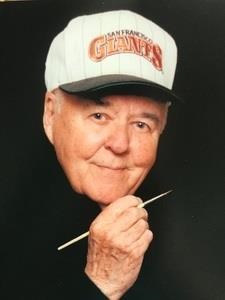 BORN
1926
DIED
2020
ABOUT
Saugerties High School
FUNERAL HOME
Seamon-Wilsey Funeral Home, Inc.
45 John Street
Saugerties, NY
SAUGERTIES-Joseph L. Sinnott, of Spaulding Lane, Saugerties, passed away peacefully at the age of 93 on June 25, 2020. Born Oct. 16, 1926 in Saugerties, N.Y. The son of Edward L. and Catherine McGraw Sinnott. He was pre-deceased by his wife Elizabeth Kirlauski Sinnott in 2006. Joe was a veteran of World War II, serving with the U.S. Navy Seabees on Okinawa, Japan. For his service he was awarded the Asiatic Pacific medal, the American Theatre World War II Victory Medal, and the Navy occupation medal. Joe was a graduate of St. Mary of the Snow, Saugerties High School and the Cartoonists and Illustrators School (School of Visual Arts) in N.Y.C. In 1950, Joe started work as an artist for Marvel Comics until his retirement in 1992. He continued to work as a freelance artist for King Features Syndicate from 1992 to 2019, inking the Sunday Spider-man newspaper strip. His art appeared in numerous Marvel comics. The Fantastic Four and Thor were among Joe's most notable books. Joe was instrumental in inking the very first appearance of some of Marvel's most iconic characters including Thor, Dr. Doom, Silver Surfer, Galactus and Black Panther. He also illustrated the life of The Beatles, Pope John Paul II, Pope John XXIII, and Mother Teresa, among others, for Dell and Treasure Chest Comics. Archie and Charlton Comics were other books his work appeared in. His comic art awards include the 1967 and 1968 Alley Awards (as the comic book industries best inker), the 1995 Inkpot Award, The Inkwell Awards Joe Sinnott Hall of Fame Award (named in his honor), The Will Eisner Award in 2013 (also known as the Comic Book Hall of Fame Award, the industries highest honor), and in 2000 he was honored by the comic industry for 50 years in comics. Joe enjoyed illustrating baseball and football players, many for charitable organizations. Three of his drawings reside at the Baseball Hall of Fame in Cooperstown, NY. His work has also graced several Bing Crosby record album covers. In his hometown of Saugerties, his work appears on The Saugerties Babe Ruth field (silhouettes of Babe), The Village of Saugerties logo, as well as the R.A. Snyder and Washington Hook and Ladder logos that appear on their fire trucks.Joe was a member of Island X9 Seabee Veterans of America, Saugerties Sports Hall of Fame, American Legion Post 72, VFW 5034, National Cartoonist Society, Knights of Columbus 4523, Honorary Lifetime member of Washington Hook and Ladder fire company, and Bing Crosby Historical Society. He was active in youth baseball and basketball for many years. He formed the SAA Senior Boys Basketball League and the MVP award was named in his honor. He managed the Modjeska Signs softball team for 16 years, played dart ball for West Camp and was honored as Man of the Year in 1989 by the Saugerties Dart-ball League. Joe was the merit badge art counselor for the Boy Scouts of America Rip VanWinkle Counsel. He was a parishioner of St. Joseph's R.C. Church in Glasco. Survivors include his brother Edward, 2 sons, Joseph, Jr. (Kathleen), and Mark (Belinda), a daughter Kathleen Kiniry (Rex), four grandchildren Christopher, Malissa, Dorian and Trevor. Seven great-grandchildren, as well as several nieces and nephews. Joe was pre-deceased by his wife Betty, daughter Linda, sister Ann and brothers Sgt. John (Jack), Richard, Leonard and Frank. He also leaves behind many faithful fans and colleagues in the art industry. Joseph's Funeral Mass will be held privately at St. Joseph's Church. Burial with military honors will be in the St. Mary's Cemetery. His public service will be announced at a later date by the Seamon-Wilsey Funeral Home Inc., Saugerties. Condolences can be sent to: The Sinnott Family, 27 Spaulding Lane, Saugerties, N.Y. 12477. The family suggests donations in Joe's name be made to: Hero Initiative, 11301 Olympic Blvd. #587, Los Angeles, Calif. 90064 heroinitiative.org. "Helping Comic Creators in Need." For further obituary information or to leave a memory on his Tribute Wall please visit SeamonWilseyFuneralHome.com http://www.lastingmemories.com/joseph-l-sinnott
Published by the Daily Freeman from Jun. 27 to Jun. 28, 2020.
To plant trees in memory, please visit the Sympathy Store.
MEMORIAL EVENTS
To offer your sympathy during this difficult time, you can now have memorial trees planted in a National Forest in memory of your loved one.
Funeral services provided by:
Seamon-Wilsey Funeral Home, Inc.
MAKE A DONATION
MEMORIES & CONDOLENCES
Sponsored by dailyfreeman.com.
1 Entry
Bless you Joe, it's been a joy and an honor to be your Spaulding Lane neighbor for 35 years and over 50 year fan of your incredible talents. You're a kind and gifted gentleman. Much thanks,
Burt and Cat
Burt Penchansky
Neighbor
June 28, 2020
Showing 1 - 1 of 1 results