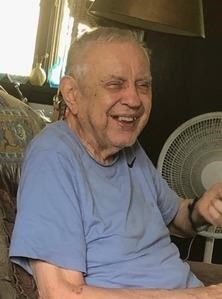 BORN
1933
DIED
2020
ABOUT
Kingston High SchoolRondout Valley High SchoolLeonia High School
FUNERAL HOME
Keyser Funeral and Cremation Service
326 Albany Ave
Kingston, NY
KINGSTON- Nicholas “Nick” Harris, 87, of Kingston, N.Y., passed Saturday, Aug. 15, 2020, at Health Alliance Hospital, Broadway Campus in Kingston, N.Y. He was born on May 20, 1933 in Nashua, N.H., and was son of the late James and Madeline Hondrocostas. Nick was a graduate of Nashua High School, Nashua, N.H. He served in the U.S. Army during the Korean War era. After his Honorable discharge from the Army, he attended the University of New Hampshire and University of Wisconsin earning his Bachelors degree. After graduating from college, he moved to New Jersey and taught Social Studies at Leonia High School and Hackensack High School. Nick moved to this area and taught at Rondout Valley High School, and then was a teacher at Kingston High School for 32 years until his retirement. In 1985 he received the Wiltwyck Chapter of the Daughters of the American Revolution award as Outstanding Teacher of American History. He ran unsuccessfully for the Ulster County Legislature. During the 1980’s he served as the Town of Ulster Democratic Party Chairperson. He was a voluminous reader and was proud to be a member of the American Civil Liberties Union. In 1989 he received the prestigious Woodrow Wilson Scholarship, which is held at Princeton University. He was an avid sports fan and loved the “Badgers”, the University of Wisconsin football team and he was also a great fan of the Boston Red Sox’s and the great Ted Williams. In 1954 he married the love of his life, Joan Dippel Harris, he is also survived by his children, Lynne Harris, Laurie (Barry) Knapp, James Harris, all of Kingston. He was predeceased by a sister Dee Hondrocostas. Arrangements entrusted to Keyser Funeral & Cremation Service, 326 Albany Avenue, Kingston, N.Y. The service will be private. For those who wish, contributions in Nicholas’s memory may be made to Ulster County SPCA, www.ucspca.org 20 Wiedy Road, Kingston, N.Y., 12401 A tribute for Nicholas may be found at www.KeyserFuneralService.com, where you may leave memories and expressions of sympathy for his family. http://www.lastingmemories.com/nicholas-harris
Published by the Daily Freeman from Aug. 17 to Aug. 18, 2020.
To plant trees in memory, please visit the Sympathy Store.
MEMORIAL EVENTS
To offer your sympathy during this difficult time, you can now have memorial trees planted in a National Forest in memory of your loved one.
Funeral services provided by:
Keyser Funeral and Cremation Service
MAKE A DONATION
MEMORIES & CONDOLENCES
Sponsored by dailyfreeman.com.
5 Entries
My deepest sympathy to the Harris Family. I knew Nick from KHS and Williams Lake. We always had so much fun working together!! He was a wonderful man and an excellent teacher. My he rest in peace.
Mary DeChristopher
Coworker
August 28, 2020
To the Harris Family,
With Deepest Sympathy. as you experience the loss of your husband,
father, grandfather, role model and friend. We will keep in our thoughts and prayers as you go through this difficult time, God will care for you
during your hour of need in a very special way.
Sincerely, The William Hannis Family
Claire Hannis
Friend
August 20, 2020
RIP Mr. Harris. You were a great teacher and I will cherish all the memories from the Smurl/Harris years with all the trips to Abel's Market you sent me on to try to fatten up Mr. Smurl with the extra candy bar. You made learning interesting everyday. Heaven surely gained one of the good ones. My sincere condolences to his loved ones.
Lisa S.
Student
August 19, 2020
Rest in peace Mr. Harris thank you for the wonderful education
August 18, 2020
We are so sorry for your loss. He will always be with you, in your hearts.
Cliff & Lou Jewett
Cliff and Mary Lou Jewett
Friend
August 17, 2020
Showing 1 - 5 of 5 results