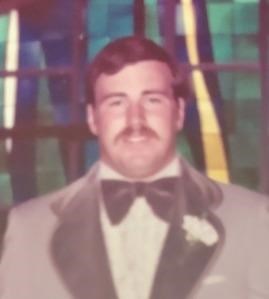 BORN
1952
DIED
2020
ABOUT
New Paltz High School
SAN LEANDRO, CALIF.- Paul C. Donahue, Jr., (68) San Leandro, Calif. Paul passed away at his home on June 29, 2020 following a year-long battle with cancer. Paul was born on Jan. 22, 1952 in Newburgh, N.Y. He was the son of Paul C. and Rita (Murphy) Donahue. Paul was the eldest of eight children in a proud Irish Catholic family. He was a role model and caretaker of his younger siblings at their home in New Paltz, N.Y. At New Paltz High School, he was a scholar athlete and a student leader. He played football and served as class president for two years. He was highly respected by faculty and students. Growing up, Paul was a voracious reader of politics, history, westerns, mysteries, and baseball. He also coached his brothers little league teams. Paul graduated from Villanova University and Fordham University School of Law. He practiced law in Poughkeepsie, N.Y. In 1983, Paul joined his cousin and best friend in California. He worked in title law throughout Alameda County where he settled down to raise a family. Paul was devoted to being a hard worker and provider. He was a Vice-President Underwriter of Title Insurance at First American Title Company for 25 years. Though Paul was a quiet man, he was known to be kind, noble, and intelligent. He was always willing to ‘lend a mind’ and offered great insight when he spoke. Paul will be remembered for his kind heart, love of family, strong work ethic, and his astute mind that was always ready for debate. He enjoyed bonding with his children over sports and sitting in the yard with his radio and a good book. Paul is survived by his mother, Rita Donahue; his wife, Mitzi; his children, Tony, Jenny, Mariana, and Christopher; and his granddaughter, Isabella. He is also survived by his siblings, Marie Anderson, Joan (Ralph) Scandariato, Pat (Mike) DiMattia, Ann Donahue, Phil (Debra) Donahue, Liz (Steve) Rosner, and Tom (Megan) Donahue. Many aunts, uncles, cousins, nieces, and nephews also survive. In addition to his grandparents and aunts and uncles, he was predeceased by his father, Paul Donahue; cousins, Peter Donahue and Nancy Murphy Verville; and a niece, Murphy Rosner. A memorial service will be held at Chapel of the Chimes in Hayward, Calif., on July 17, 2020 from 6 to 8 p.m. An interment service will take place in Gardner, N.Y., at a later date. http://www.lastingmemories.com/paul-c-donahue-jr
Published by the Daily Freeman from Jul. 13 to Jul. 14, 2020.
To plant trees in memory, please visit the Sympathy Store.
MEMORIAL EVENTS
Jul
17
Memorial service
6:00p.m. - 8:00p.m.
Chapel of the Chimes
Hayward, CA
MAKE A DONATION
MEMORIES & CONDOLENCES
Sponsored by dailyfreeman.com.
8 Entries
I just received a copy of the Villanova University Magazine that listed news of Paul's passing. I attended Villanova with Paul and we both graduated in 1974. I first met him when he tried out for the freshman football at Villanova....after a two day tryout he made the team, he was a good player and played running back . We shared good times and many laughs along the way....He was a super person....Best to all Family Members...
Dennis Scannell VU 1974
Classmate
March 30, 2021
Paul was a great friend and an all time great guy. He, Peter and I played sports together all through high school. I have many fond memories of those times. I was so suprised and saddened to find that he, and Peter, had passed away. To their loved ones, please accept my deepest condolences.
PAUL LIEM
Friend
November 16, 2020
Jack Carter
October 7, 2020
I had Paul as both a student in Class and as a Basketball player! He was A Class kid who was a great student in Class and on the court! Not highly skilled but worked hard and made others better! A student of men and I thought so highly of him! God Bless!
Peter M Brenner, SR
Teacher
September 28, 2020
So sorry to hear of Paul's passing! Did not know Paul personally but knew is Mom and Dad. Thoughts and prayers to the entire family.
Dave McDowell
Friend
September 25, 2020
I just heard about this and I am very sorry to hear of Paul's passing. Paul was an upper classman to me, but he always had a kind word and was truly one of the nicest guys around. Growing up in post WWII New Paltz, of course our folks knew each other, so there was always a connection. My condolenses to his immediate family, close friends, and siblings.

Phil Weaver
Friend
September 25, 2020
Please accept our sincere condolences for your loss.
Bob and Debbie Dammeir
September 24, 2020
Mitzi and gang,
It was a pleasure to have known Paul thru high school and after. He was one of the really good guys.
Ingrid and I send our thoughts and prayers.
Bob Krajicek
Friend
July 14, 2020
Showing 1 - 8 of 8 results