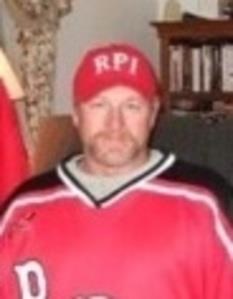 BORN
1956
DIED
2020
ABOUT
Saugerties High School
FUNERAL HOME
Seamon-Wilsey Funeral Home, Inc.
45 John Street
Saugerties, NY
SELKIRK, N.Y.- Robert, “Turk” Tammany of Selkirk, N.Y., entered into eternal rest with our Lord at St. Peter’s Hospital in Albany, N.Y., on Sept. 19,2020, after a brave and valiant battle with cancer. Born in Queens Village, N.Y., on Feb. 20, 1956, Bob was the son of the late Frances Ciliberti Tammany and Edward Tammany. The family moved to Saugerties in 1970 and Bob attended and graduated from Saugerties High School, class of 1974. Throughout his youth Bob was active in sports playing baseball and football, even taking up ice hockey as an adult playing in a Men’s League in Albany. After graduating from high school he worked in construction for many years and then pursued a career as a New York State Corrections Officer, retiring in 2010. Predeceased by his parents Frances and Edward Tammany, and his grandparents, Lucrezia and Corrado Ciliberti; he is survived by his sisters, Maureen VanDeusen and her husband Neal of Hudson, N.Y., LuAnn Fetcho and her husband, Rick of Linwood, N.J., and Helen Francello and her husband, Tom of Glasco, N.Y.; as well as his nieces, Meagan Mackerer and her husband Andrew of Cherry Hill, N.J., Allyson Fetcho of Margate, N.J.; and nephews, Mark VanDeusen (Courtney McDonald) of Hudson, N.Y., Eric Fetcho (Betsy Ash) of Sacramento, Calif, Michael Francello and his wife Rebecca Thornton, of Brooklyn Heights, N.Y.; his aunts, Jenny Gurry of Sayville, Long Island, Dolly Ciliberti Bay Shore, Long Island; and his great-nephews, Noah and Benjamin Mackerer of Cherry Hill, N.J. Many cousins survive from Long Island, Pennsylvania, Connecticut, and Arizona. Bob is also survived by his Pastor and friend, Lou Giampaglia of Voorheesville, N.Y. Visitation will be held on Thursday from 5 to 7 p.m. at the Seamon-Wilsey Funeral Home Inc., cor. of John and Lafayette, Sts., Saugerties. His Memorial Service will be held Tuesday at 7 p.m. at Kings Chapel Church, Glenmont, N.Y., 12077. Memorial donations may be sent to Compassion International at compassion.com, or, United World Missions LLC, 205 Regency Executive Park Dr., Charlotte, NC 28217 or Kings Chapel Church 440 Route 9W, Glenmont, N.Y., 12077. Further obituary information and expressions of condolence may be shared on his Tribute Wall at SeamonWilseyFuneralHome.com http://www.lastingmemories.com/robert-tammany
Published by the Daily Freeman from Sep. 22 to Sep. 23, 2020.
To plant trees in memory, please visit the Sympathy Store.
MEMORIAL EVENTS
To offer your sympathy during this difficult time, you can now have memorial trees planted in a National Forest in memory of your loved one.
Funeral services provided by:
Seamon-Wilsey Funeral Home, Inc.
MAKE A DONATION
MEMORIES & CONDOLENCES
Sponsored by dailyfreeman.com.
4 Entries
R.I.P. , Turk.
Nancy Jane Crosby
Friend
September 21, 2021
Turk Tammany was a good guy and will be missed by many. May he R.I.P
Nancy Jane Crosby
Friend
September 23, 2020
Turk Tammany was a really good guy who will be missed by many. May he R.I.P.
Nancy Jane Crosby
Friend
September 23, 2020
I had fond memories of turk with Eddie Feldmann, Larry & Steven Panella......hanging out on the stoop by the deli. He was "good people" , rest in peace