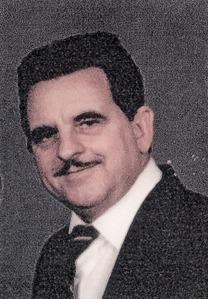 BORN
1939
DIED
2020
ABOUT
Onteora Central High School
FUNERAL HOME
Joseph V. Leahy Funeral Home, Inc. - Kingston
27 Smith Avenue
Kingston, NY
KINGSTON- Thomas M. Iapoce, 81, of Kingston, passed away peacefully at his home on Tuesday, March 10, 2020, after a courageous battle with ALS. He was born on Feb. 20, 1939 in Brooklyn, N.Y. to Michael Iapoce and was raised in Ashokan, N.Y., by Alfred and Elizabeth Iapoce after his father’s death in 1944. After graduating from Onteora High School, Tom enlisted in the U.S. Airforce, where he served his country for four years. After completing his military service, he enjoyed two careers working for UPS (20 years) and The Department of Corrections (21 years). Additionally, in 1980 he started his own company, “Eagle Crest Apartments”, in which he owned and renovated local properties throughout Kingston. Tom was an avid outdoorsman who enjoyed hunting and fishing with his children, grandchildren and friends. He was a co-founder of the “Ashokan Archers”, a hunting club that provided fellow outdoorsmen of all ages the opportunity to learn and utilize their skills in the world of Archery. He was a devout parishioner at St. Joseph’s Catholic Church and for many years coordinated the weekly collections for the parish. He will be remembered for his never-ending smile, contagious laugh, sense of humor, and ability to tell a story that kept his listeners begging for more. Tom is survived by his loving wife and best friend, Louise, of 57 years; sons, Joseph, Thomas, and Darren (predeceased); two daughter-in-laws, Karen and Carolyn; and five beloved grandchildren, Kaytlin, Christian, Shelby, Nicholas, and Sydney, all of whom he was extremely proud of. He is also survived by his brothers, John Iapoce and his wife Liz, Richard “Buddy” Iapoce (predeceased) and his wife Kay; and many nephews, nieces, and cousins that adored him dearly. The Iapoce family would like to recognize all the caregivers that provided exceptional care and support for him during these two difficult years. A heartfelt thank you to the team from Hudson Valley Hospice, St. Peter’s ALS Clinic, Home Healthcare & Companion Agency; and Albany VA for your kindness, support and devotion to caring for others. Funeral arrangements are under the guidance of the Joseph V. Leahy Funeral Home, Inc. 27 Smith Avenue, Kingston. www.jvleahyfh.com. Friends will be received at the funeral home on Sunday from 2 to 5 p.m. The funeral procession will form on Monday at 9 a.m. at the funeral home. A Mass of Christian Burial will be celebrated 10 a.m. St. Joseph's Church. Burial to follow in St. Mary's Cemetery. In lieu of flowers, donations can be made to the St. Peter’s ALS Clinic-19 Warehouse Row, Albany, N.Y., 12205 or Hudson Valley Hospice- 374 Violet Avenue, Poughkeepsie, N.Y., 12601. http://www.lastingmemories.com/thomas-m-iapoce
Published by the Daily Freeman from Mar. 12 to Mar. 14, 2020.
To plant trees in memory, please visit the Sympathy Store.
MEMORIAL EVENTS
Mar
15
Visitation
2:00p.m. - 5:00p.m.
Joseph V. Leahy Funeral Home, Inc. - Kingston
27 Smith Avenue, Kingston, NY
Mar
16
Funeral
9:00a.m.
Joseph V. Leahy Funeral Home, Inc. - Kingston
27 Smith Avenue, Kingston, NY
Mar
16
Mass of Christian Burial
10:00a.m.
St. Joseph's Church
NY
Funeral services provided by:
Joseph V. Leahy Funeral Home, Inc. - Kingston
MAKE A DONATION
MEMORIES & CONDOLENCES
Sponsored by dailyfreeman.com.
8 Entries
Thomas Iapoce was a true happy and comforting person. He loved unconditionally and expressed this love daily. I am saddened that I have missed his memorial. Please let me express my deepest sympathy to the family. With love and caring Alan Schultz
Alan W
Friend
March 25, 2020
To the Iapoce Family, I was so very sad to hear Tom had passed. I know he fought until the end and truly glad his suffering is over. I have some wonderful memories that I will always cherish. Tom always treated me like family and for that I will be forever grateful. Bless you Louise in this difficult time. Our thoughts and prayers are with all of you.
Dave Adams
March 24, 2020
Dear Louise, we are so deeply sorry for the loss of your loving husband. We hold you in our hearts and prayers. Spending time around you and Tom was always a pleasure; it was so obvious - the devoted, wonderful husband you had in Tom. We send you much love, peace and comfort.
Peter and Diana
Family
March 16, 2020
Family and friends, please accept my heartfelt condolences on the passing of a great husband father and friend to everyone that come in contact with him, Thomas will be greatly missed for his award-winning smile and a great sense of humor we love you tom but God loves you best RIP.
Cathrene Jarrett
March 16, 2020
Dear Family,
I worked with Tommy for 21 years at Downstate Corrections. He was a great guy, we had a lot of laughs there. He will be missed. I'm sorry for your loss.
Rick Carbone
Rick Carbone
March 15, 2020
Dear Joe and Family, Dear Tom and Family: Please accept our deepest condolences on the loss of your Dad and Grandfather (Poppy). We thought the world of Tom and felt honored to have known him and to have spent some lovely family times with him. We send strength, comfort, peace and love to Louise and all of you today, tomorrow and in the days to come. We know of all the wonderful love and care Karen provided to Tom and continues to give with Louise; such a blessing. Prayers for all.
The Stanish
Family
March 15, 2020
Dear Louise, My sincere condolences to your entire family. God bless him, now he can rest easy.... A Great Man xo
Susan Lavarreda
March 13, 2020
My condolences to Tom, Joe and their families. Your dad is someone who will be remembered for his wit and compassion. May he rest in peace
Dennis Ferraro
March 13, 2020
Showing 1 - 8 of 8 results