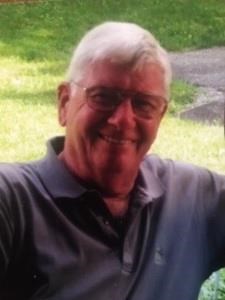 BORN
1937
DIED
2021
ABOUT
Saugerties High School
FUNERAL HOME
Seamon-Wilsey Funeral Home, Inc.
45 John Street
Saugerties, NY
LARGO, FL. William A. Peetoom, 84, of Vonn Road, Largo, Florida, and formerly of Malden-on-Hudson, Saugerties New York, died Friday, November 5, 2021 at his residence. Born September 13, 1937 in Kingston, New York, he was the son of the late Richard and Gertrude Applegate Peetoom. A graduate of Saugerties High School and St. Lawrence University in Canton, NY where he was a proud member of the Sigma Alpha Epsilon Fraternity. He received his bachelor's degree in business. He also served in the US Air Force stationed in Spain for four years.He was employed by Cooper Lybrand and Ross Accounting firm in NYC before relocating to Saugerties where he worked for Ferroxcube as an accountant. Shortly thereafter, in 1967, he began a career at Peter P. Stoly Fuel Oil and LP Gas as a manager. He retired in 1988 as an owner/operator of the company.An avid golfer, he was a member and Club Champion at the Rip Van Winkle Golf Club along with being a member of the Men’s Club League at the Largo Municipal Golf Course in Florida. He had the distinction of scoring a total of seven holes in one during his golfing career. He enjoyed trap shooting and boating as well as deep sea and freshwater fishing on Long Island and on the Hudson River. Each fall, Bill would spend time deer and bird hunting. Along with his family, he raised Black Angus cows and established the Applegate Christmas Tree Farm, selling trees to local families during the holidays. He held a pilot's license and flew private flights owning his own Cessna. He was a member of the Saugerties Radio Controlled Airplane Club and a Largo Flying Club, where he enjoyed many hours with friends flying his model airplanes. Survived by his former wife, Jennifer Peetoom, and their two sons: William A. Peetoom (Bernadette Andreassen) of Kingston, NY and Jeffrey G. Peetoom of Saugerties, NY. His Service of Remembrance will be held at the Seamon-Wilsey Funeral Home, Inc. Cor. of John & Lafayette Sts., Saugerties on a future date to be announced. Interment will follow in the Blue Mt. Cemetery with military honors. Flowers are welcome; contributions may be made to Seasons Hospice of Pinellas County, Florida at: https://seasonsfoundation.org/donate Further obituary information and expressions of condolence may be shared with Bill’s family at SeamonWilseyFuneralHome.com
Published by the Daily Freeman from Nov. 12 to Nov. 14, 2021.
To plant trees in memory, please visit the Sympathy Store.
MEMORIAL EVENTS
To offer your sympathy during this difficult time, you can now have memorial trees planted in a National Forest in memory of your loved one.
Funeral services provided by:
Seamon-Wilsey Funeral Home, Inc.
MAKE A DONATION
MEMORIES & CONDOLENCES
Sponsored by dailyfreeman.com.
0 Entries
Be the first to post a memory or condolences.