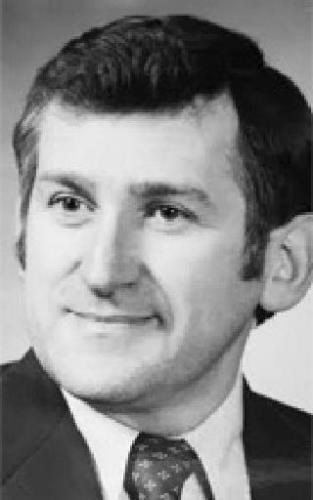 FUNERAL HOME
Gleason Funeral Home
730 Union St
Schenectady, NY
Dr. Edwin Andrews, 79, of Rexford, NY, formerly of Schenectady, NY, passed away peacefully Friday, January 26, 2016 at Ellis Hospital, after a long battle with Parkinson's Disease. Ed was born on August 3, 1936 in Wellsboro, IN to Vera (Dye) and Clyde Andrews. The youngest of four, he always had a spirit of strength to do well. While at Portage High School, Ed played drums in territory bands and formed his own seven-piece dance band with fellow students. After graduation, Ed worked at Gary Sheet and Steel Mill, and quickly decided this was not to be his life. He matriculated as a "local" at Valparaiso University in Valparaiso, IN, playing dance jobs and working at a men's clothing store to help finance his education. Here, he met his future wife, Beverly Kohler, in marching band. He always gave her credit for helping him become a "real" student. He went on to earn his MA and Ed.D. in American History at Ball State University. Early in his career, he had stints of teaching and administration at Buffalo State College and Genesee Community College in Flint, MI, where he worked with auto-makers and UAW officials to institute college programming for union stewards. These led to a position as Dean of Faculty at Schenectady County Community College in Schenectady, NY. While at SCCC, Ed fostered a program of articulation with Crane Music School, enabling SCCC music students to be automatically accepted into Crane, upon their graduation. In 1977, he became Dean of Liberal Arts and Sciences at Cobleskill College, SUNY, in Cobleskill, NY, from which he retired in 2000. At Cobleskill, Ed was responsible for establishing the Living Learning center for reading skills. At every juncture of his life, Ed maintained his percussion skills, enjoying his avocation as member of various small jazz groups wherever he lived. In 1975, he joined John Park, Ron Partch and Jan Eisen as a member of Sophisticated Jazz, which performed around the capital region for almost 15 years. Ed is predeceased by his parents; his son, Stephen, in 1984; and brother, Clyde Elton of Michigan City, IN. In addition to his wife of 55 years, Beverly; he is survived by his daughter, Jennifer and her husband, John McKenna; and grandchildren, Thomas and Abigail. Also surviving are his sister, Allene Welkie of LaPorte, IN, sister Jane (Sandor) Szoke of Valparaiso, IN; sister-in-law, Sharon (Kale) Fischer of Ft. Meyers, FL; and several nieces and nephews. Relatives and friends are invited to attend the funeral service which will be conducted Tuesday at 11 a.m. at Zion Lutheran Church, 153 Nott Terrace. Calling hours will be Monday from 4 p.m. until 7 p.m. at the Gleason Funeral Home. Burial will be in Zion Lutheran Cemetery, Schenectady. Memorial contributions can be made to The Michael J. Fox Foundation for Parkinson's Research (www.michaeljfox.org) or to a charity of one's choice.

Published by The Daily Gazette Co. from Jan. 31 to Feb. 1, 2016.
To plant trees in memory, please visit our Sympathy Store.
MEMORIAL EVENTS
To offer your sympathy during this difficult time, you can now have memorial trees planted in a National Forest in memory of your loved one.
Funeral services provided by:
Gleason Funeral Home
MAKE A DONATION
Please consider a donation as requested by the family.
MEMORIES & CONDOLENCES
17 Entries
I am so sorry about Ed's passing. I consider myself very fortunate to have known him during his time as Dean at SUNY Cobleskill.
Lesley McIntyre
February 8, 2016
Ed and I were colleagues at Cobleskill until his retirement. I admired his ability to be your supervisor while also being your friend and colleague. Differences in policy were always professional and never personal. On many occasions we were engaged in a professional difference of opinion and then go to lunch and enjoy each other's company. Ed was always concerned with what is in the best interest of the students and his faculty.
Jim Fort
February 6, 2016 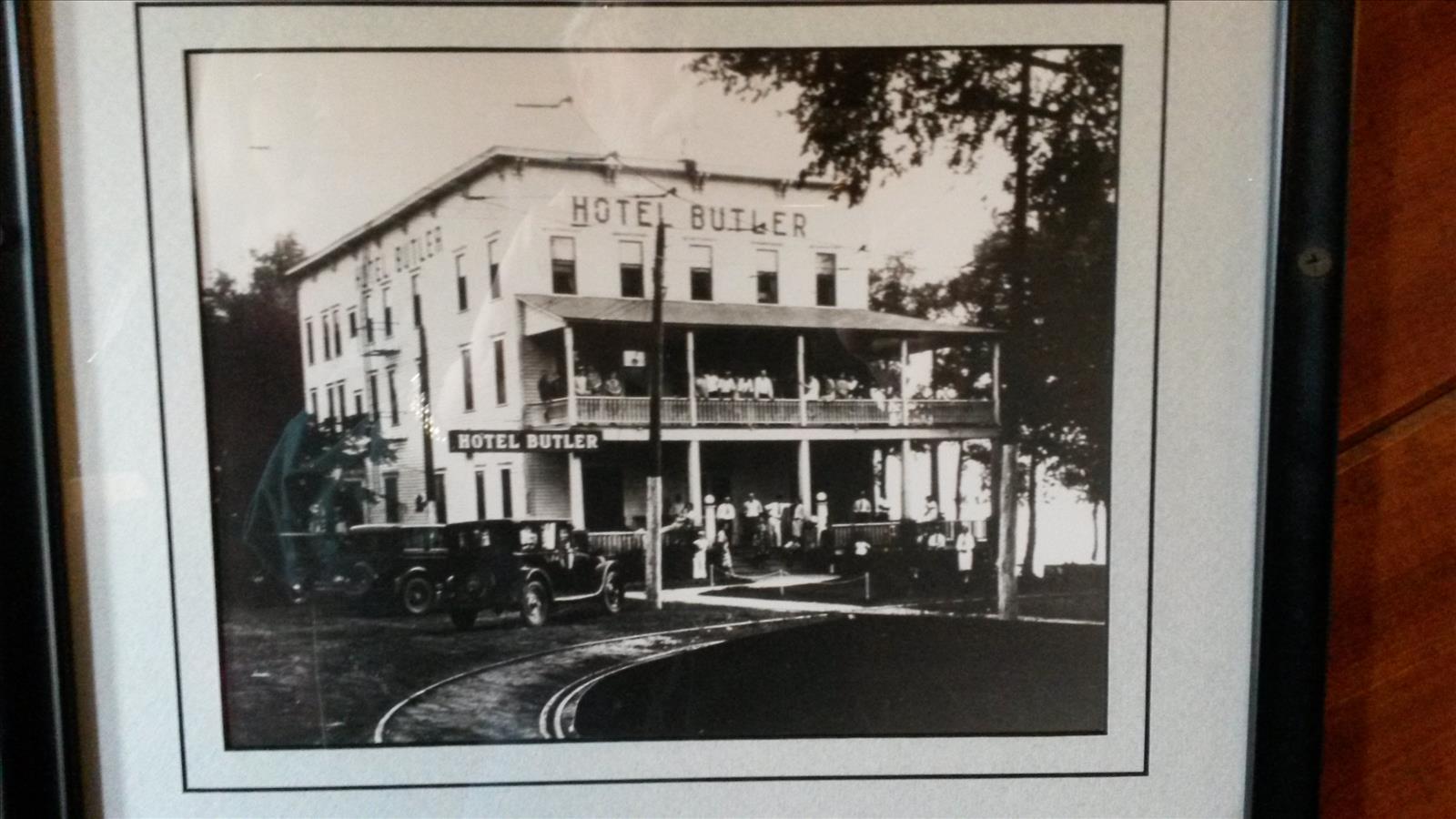 Bev, Our deep condolences to you and your family. Ed will always be remembered for his charm, wit and friendliness. We visit Saugatuck often and eat at the Butler hotel. It has always had a special meaning to me knowing that you and Ed honeymooned there. Peace be with you,
Love, Gary and Noelle
Gary Wallen
February 4, 2016
Bev, So sad to hear about the loss of Ed. Gary and I enjoyed spending time with him at the Behnke family reunions. Sending prayers and love to you and your family.
Love You
Gary and Joann
February 1, 2016
Dear Bev and family,
You are in our prayers! I'm so thankful we were able to see Ed at the last family reunion both of you and Dick and I were able to attend. Ed's gracious smile was the same as I always remembered, and you were his extremely kind and loving wife, continually aware of and sensitive to his needs, as always. You finished well, sweetie, and you will see him again, praise God! Love and prayers, your cousin Patti
February 1, 2016
Beverly, We so enjoyed the class he did for us on Jazz as part of the SCHOOL program at SUNY Cobleskill in 2013. His love of music was passionate and his willingness to travel and delight us was so wonderful. Please accept our sympathy.
Janice Peters
February 1, 2016
Bev & Jenny - our family is raising you up in prayer during this difficult time! Ed was such an inspiration to all of us at Zion and we will miss seeing his infectious smile!
Beth Silaika
February 1, 2016
Beverly and family: Sorry for your loss. Jack & Peg Lohret
February 1, 2016
Beverly, we are thinking of you and your family. May it comfort you to know Ed is at peace.
Kay & Don Ackerman
January 31, 2016
I was at SUNY Cobleskill for most of my career and spent those years with Ed. He was a good Dean and was instrumental in helping to develop the Academic Skills Center lab and program. He will be greatly missed.
January 31, 2016
Dear Beverly,
Sorry to hear of your loss. I guess the good ones are joining up together. We just lost Henry on Jan. 15th. Ed was a great boss and a great friend.
Diane & Katie Geerken
January 31, 2016
Rest in peace Ed.
Albert Zeppieri
January 31, 2016

So, so sorry for your loss. Mr. Andrews was a great man.
Amy Masick
January 31, 2016
My sincere sympathies to Beverly and Family.Ed and I golfed together at Cobleskill Golf Club and talked alot of
music.He will be missed,may He Rest in Peace.Bobby Massaro,Cocoa,Fl.
January 31, 2016
So sorry for your loss, may your special memories, prayers and the support of family and friends comfort and encourage you at this difficult time.
Stephen
January 31, 2016
Mr. Andrews always had the biggest smile on his face. Every time they came would come to bistro for lunch he know how to everyone else smile. Mr. Andrews will be missed by the residents and the employees of Coburg Village.
Nicholas Pedalino
January 30, 2016
Come to me all that are loaded down and I will refresh you (Matt. 11:28).
Brenda
January 30, 2016
Showing 1 - 17 of 17 results