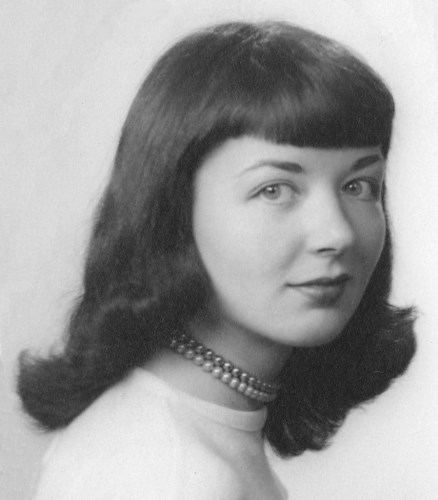 Jessica MacLeod, 87, passed away peacefully in her seventh-floor apartment (with the million-dollar view), in the early hours of August 10, 2017 in Baltimore, Maryland, where she resided since 2009. She is survived by her sons William and Joseph MacLeod, of Baltimore (from her marriage to Chester MacLeod of Tignish, Prince Edward Island, which ended in divorce), daughter-in-law Wendy Ward (Joe's wife), and a niece, Veronica (Rafalik) Malecki of Dumfries, VA.Jessica was born Jessica Wanda Mals on September 29, 1929, in Schenectady, NY, daughter of the late Joseph and Bernice Mals. Jessica never liked the name "Wanda," so she usually went with "Rita" as her middle name. Her sister Jane B. Rafalik predeceased her. Jessica attended school at St. Adalbert's, St Joseph's Academy, and Mont Pleasant High School in Schenectady, and as quickly as she could moved on to art school in Boston at the School of Practical Art, and the School of Visual Arts in New York, after which she found work as a sketch artist at runway shows for apparel buyers. Jessica's lifelong occupations and interests revolved around art and creativity of all kinds. In the Tri-City area she worked as an art director at Barney's, the Carl Co., and Whitneys department stores, as well as for the Fuller Construction Co., Beckman Associates, Westgate Shopping Center, and Capital Comp, doing graphic art, illustration, copywriting, and production of radio and television spots, eventually starting her own shop, Jessica MacLeod Advertising. She loved her work and the interesting people, and forgave the occasional jerks she encountered in a career-long battle with discrimination as both a working single parent and a woman. She was disappointed when the Equal Rights Amendment was never ratified. Jessica was a volunteer for Cesar Chavez and the United Farm Workers, and was involved in the League of Women's Voters, the Schenectady Business and Professional Women's Club, and as an avid reader, enjoyed working with children as a volunteer literacy tutor. Jessica was the living embodiment of brightening the corner where you live, and if you knew her, she was your greatest fan, someone who celebrated your every success, major and minor. As a single mother, she sacrificed a lot to raise her sons, and she wanted everything for them that was happiness. She was love.In keeping with her wishes, and with the kind assistance of The Anatomical Gift Program of Albany Medical College, Jessica's remains were donated to the Anatomy Gifts Registry in Maryland. By way of a memoriam, one of Jessica's favorite things in life was to hang out at a diner, drink coffee, and have conversations. Jessica didn't want a funeral or a service or anything like that. She always said people should go someplace and have a cup of coffee in her honor, so the next time you find yourself in a diner, go ahead and raise your cup in her memory.Jessica would appreciate it if you donated to Habitat for Humanity, the American Indian College Fund, or your favorite local Public Radio Station in her memory. 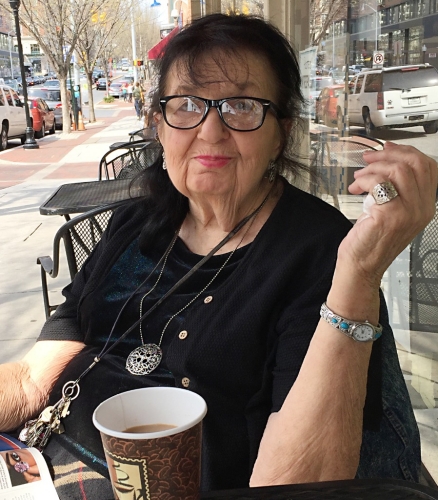 To plant trees in memory, please visit our Sympathy Store.
Published by The Daily Gazette Co. on Jan. 7, 2018.
MEMORIAL EVENTS
No memorial events are currently scheduled.
To offer your sympathy during this difficult time, you can now have memorial trees planted in a National Forest in memory of your loved one.
MAKE A DONATION
MEMORIES & CONDOLENCES
0 Entries
Be the first to post a memory or condolences.