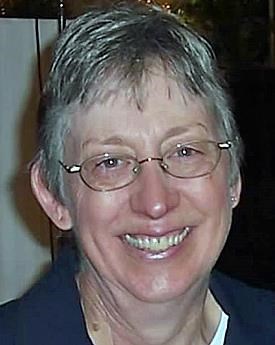 ABOUT
Steinmetz High School
FUNERAL HOME
Laird Funeral Home
310 South State Street
Elgin, IL
LINDENHURST - Andrea Marie Paetsch (Dahl) went home to her Lord on October 14, 2020 at the age of 78. Andrea was born on April 19, 1942 in Crystal Falls (MI) to George and Margaret (Stevenson) Dahl. She had one older sister, Marilyn (Mim). When Andrea was a young girl, her parents divorced and she moved with her mother and sister to Chicago. She graduated from Steinmetz High School in 1960 and was offered a position at Halsey, Stuart & Co., a brokerage house on LaSalle St., where she remained for five years. Andrea also attended Wright Junior College. On June 1, 1963, Andrea married James Roger Paetsch at the Evangelical Lutheran Church of St. Michael in Chicago. They celebrated their 57th wedding anniversary in June. Jim and Andrea had 3 children: James Robert, David Jon and Carin Marie. The family resided for decades in the northwest suburbs and Fox Valley, first in Schaumburg and then Plato Township. The couple moved to Huntley in 2003 and then to the Villages of Victory Lakes (Lindenhurst) in 2018 to be in a central location near their children. Andrea returned to work in 1980 as an executive secretary to the City Manager for the City of Elgin, where she was a highly valued colleague, friend and collaborator. She retired from the City in 2002 after 22 years of distinguished service. Upon retirement, Jim and Andrea travelled extensively, visiting a long list of international and exotic locales. In retirement, the couple spent many winters in Florida (Avon Park and Lake Wales), but were always eager to return home to family and friends in Illinois. Andrea was a committed Christian and attended the Lutheran Church. For 30 years, they were members of Hosanna! Lutheran Church in St. Charles, where she served in various capacities, including bible study leader and Stephen Minister. For the previous 2.5 years, she was a member of St. Mark Lutheran Church in Lindenhurst. Andrea is survived by her husband Jim, her three children, James (Claudia) Paetsch, David (Kayla) Paetsch, and Carin Paetsch (David Treadwell), four grandchildren, John, Abigail, Joseph and Henry, two nieces, Denise Nelson and Debbie Lynd (Robin), one nephew, Albert (late Melissa) Rhino, and her friend of more than 70 years, Janet Dunn (Dupuis). She was preceded in death by her mother Margaret Parochelli, her father George Dahl, her sister Marilyn and brother-in-law Albert Rhino. Services will be held at Hosanna! Lutheran Church in St. Charles on October 31. Burial will be private at Plato Township Cemetery. Memorials may be made to the MS Society - www.nationalmssociety.org. Andrea was a lifelong and devoted fan of the Chicago Cubs, and was thrilled to see the team win the World Series in 2016. Andrea's last prayer is that all of her loved ones come to accept Jesus Christ as their Lord and Savior. For information, Laird Funeral Home 847-741-8800 or www.lairfamilyfuneralservices.com.

Published by Daily Herald on Oct. 21, 2020.
To plant trees in memory, please visit the Sympathy Store.
MEMORIAL EVENTS
To offer your sympathy during this difficult time, you can now have memorial trees planted in a National Forest in memory of your loved one.
Funeral services provided by:
Laird Funeral Home
MAKE A DONATION
MEMORIES & CONDOLENCES
Sponsored by Daily Herald.
3 Entries
Andrea and I have been friends for almost 65 years. I just tried to call her and got a busy signal. So I tried to google her name and her obituary came up. I talked to her last year and she sounded so good. Cannot believe she passed away. She was truly a wonderful person and faithful Christian.
Barbara Gaggiano
Friend
January 10, 2021
Jim and family,
I had the pleasure of knowing Andrea from church and had the pleasure of having many enjoyable conversations with her over the years. She was a wonderful lady and she will be truly missed. You are in my thoughts and prayers.
God Bless,
Beckie Butcher
Beckie Butcher
Friend
October 27, 2020
We remember Andrea from many years ago when we were all young families raising our young children and being founding and active members of a new Lutheran church in Schaumburg. Our condolences and prayers to Jim and the rest of his family.
Beverly And Ron Ahnell
Acquaintance
October 21, 2020
Showing 1 - 3 of 3 results