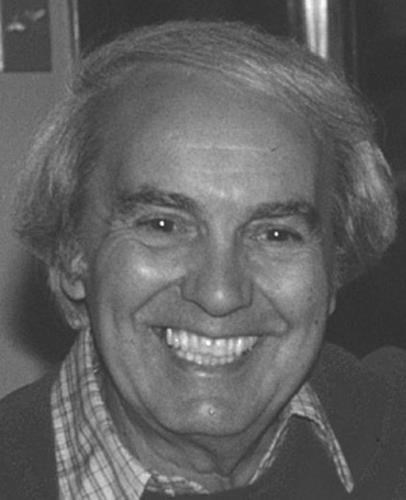 BORN
1925
DIED
2017
FUNERAL HOME
Glueckert Funeral Home Ltd.
1520 N. Arlington Heights Rd.
Arlington Heights, IL
ARLINGTON HEIGHTS - Caesar Giovannini was born February 26, 1925 in Chicago to Roger and Blanche (nee Marchesini) Giovannini. He died Saturday, September 23, 2017 in Arlington Heights. Caesar was an accomplished pianist and composer. He learned to play the piano when he was five years old, and by the age of eight his piano teacher recommended that he study music at the Chicago Conservatory. Upon graduating from Lane Tech High School, Caesar obtained his Bachelor of Music In Piano and Master of Music Composition, both from the Chicago Conservatory. While serving in the Navy (1945-1946), Caesar's commission was with the U.S. Navy Concert Band in Washington, D.C. In 1947, he married the love of his life, Doris Hoversten, and began his career as a pianist at NBC and ABC studios. From 1956-1959, Caesar was the Music Director for the "Kukla, Fran and Ollie" television show produced in Chicago. The 1960s took Caesar and Doris to California where he played for the top movie studios, including Universal, Columbia, 20th Century Fox, and Disney. While in Hollywood, he worked with many movie stars, including Bette Davis, Judy Garland, Frank Sinatra, Betty Grable, and Barbra Streisand. In the late 1960s, he also performed with the orchestra at four Academy Awards ceremonies. Caesar's piano playing was matched by his ability to compose music. His "specialty" was concert band music, with many of his compositions still being performed today by high school bands across the country. His most popular piece is "Overture in B-Flat." Caesar completed his final composition, "Honor and Glory" in 2015. This 27 piece orchestration was dedicated to and, has already been performed and recorded by the U.S. Navy Band. Caesar loved to spend time with his family, and while living out of state would regularly send letters to his sister Lola, which were always greatly appreciated. Doris and Caesar spent their retirement years in Arizona and moved back to Arlington Heights in 2007 to be close to their family. Caesar is survived by niece Susan Decker, niece Barbara Decker (Ted) Wachholz and her children Meredith (Matt) Hodge and Teddy (Samantha) Wachholz, and niece Karen (Dean Bentley) Kupina. He was preceded in death by his wife Doris (nee Hoversten), his parents, and sister Lola (Joseph Kupina) Giovannini. Visitation Tuesday, September 26, 2017 from 10:00 am until the 11:00 am Funeral Service at Chapel of St. John the Beloved, Lutheran Home and Services, 800 West Oakton Street, Arlington Heights, IL 60004. Interment will be Acacia Park Cemetery in Chicago. In lieu of flowers and in memory of their beloved Great Danes, Gino and Omar, memorials may be given to Great Dane Rescue, Inc., P.O. Box 5543, Plymouth, MI 48170, www.GreatDaneRescueInc.com. Funeral information and condolences can be given at www.GlueckertFH.com or (847) 253-0168.