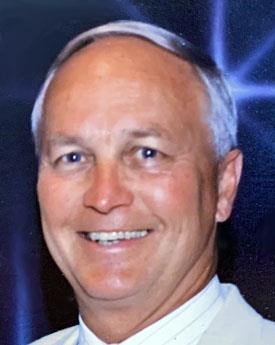 BORN
1935
DIED
2021
ABOUT
Schurz High School
MOUNT PROSPECT - Donald Christian "Don" Martensen, 86, died April 3, 2021, in his home in Mount Prospect, Illinois, surrounded by the love of his family. Don was born February 1, 1935, in Chicago, IL to German immigrants, Johann and Alwine Martensen. At Schurz High School, he excelled in football and was recruited to play at Arkansas State. Pining for his high school sweetheart and the love of his life, Margaret (Utne), he only lasted one week in Arkansas before returning to the Chicago area. He went on to receive his undergraduate degree at DePaul. Don and Marge were married at the Minnekirken Church in Logan Square nearly 65 years ago. Always great with numbers, Don got his MBA while raising his young family of four daughters. As a CPA, Don worked at Feralloy Steel until he retired in 2000. In retirement, he enjoyed golf, reading and watching sports from where they resided in Siesta Key, Florida. He was an avid fan of the Cubs, Bulls, Bears, Blackhawks, and Illini cheering them on through thick and thin like the stubborn German he was. His greatest source of pride, though, was always his wonderful family. Predeceased by his parents; and brother, Louis (Patricia). He is survived by Margaret; daughters, Dona (Fred) Scheidt, Laura (Brad) Duin, Mary Beth (Robb) Sackett, Andrea (Terry) Dinterman; 15 grandchildren; and four great-grandchildren (and another on the way). He was very loved! A private memorial is being planned for a later date.

Published by Daily Herald on Apr. 11, 2021.
To plant trees in memory, please visit the Sympathy Store.
MEMORIAL EVENTS
To offer your sympathy during this difficult time, you can now have memorial trees planted in a National Forest in memory of your loved one.
MAKE A DONATION
MEMORIES & CONDOLENCES
Sponsored by Daily Herald.
4 Entries
Just learned pf Don's passing upon our return from Florida. Our thoughts and prayers are with you Margaret and the entire Martensen family.
Howard and Ann Denk
Neighbor
April 27, 2021
I was honored to be your friend and colleague at Feralloy.
Joann and I will keep you and your family in our thoughts and prayers.
Jim Magnetta
Coworker
April 14, 2021
A true gentlemen and inspiring work colleague. His spirit will find rest in God.
Carlos Borjas, Feralloy Corp
Coworker
April 13, 2021
My
Deepe
Rose Bell
Friend
April 11, 2021
Showing 1 - 4 of 4 results