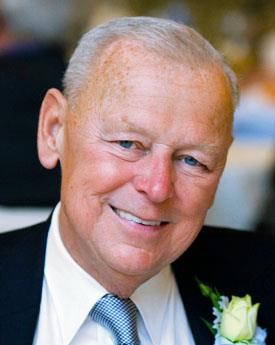 Published by Daily Herald on Mar. 26, 2017.
To plant trees in memory, please visit the Sympathy Store.
MEMORIAL EVENTS
Mar
26
Visitation
1:00p.m. - 6:00p.m.
Friedrich-Jones Funeral Home
44 South Mill Street, Naperville, IL
Mar
27
Mass of Christian Burial
11:00a.m.
SS. Peter and Paul Church
36 N. Ellsworth St, Naperville, IL
Funeral services provided by:
Friedrich-Jones Funeral Home
MAKE A DONATION
MEMORIES & CONDOLENCES
Sponsored by Daily Herald.
10 Entries
Judge Darrah was always glad to take time to visit DuPage lawyers who stopped by his courtroom while he was on the Federal bench in Chicago.
He made his decisions based on the law and facts as he saw them. And, he had a wonderful Irish sense of humor which is very important in a field as serious a law. Rest In Peace Judge Darrah.
Hal Conick
Acquaintance
March 20, 2021
Judge Darrah will be remembered for being fair in his decisions. He took an interest in his fellow lawyers and kept his sense of humor while maintaining the dignity of his position as a judicial officer.
Harold Conick
August 10, 2018
Judge Darrah was my Trial Advocacy professor in 2005. Back then, I was nearing graduation, but didn't have money for the text book. Judge Darrah gave me his, and I asked him to sign it. I've been an attorney for 10 years now, and I still have that book. I am so sorry to hear of Judge Darrah's passing. My condolences to his family. He was a really nice person
Vincent Beville
June 27, 2018
Proud to call Jack one of the last of the great guys, a lifelong friend and fellow conspirator from Mount Carmel to days of wine and roses and games with the Angels. Johnny we hardly knew ye. From Jerry O'Connor, who will never forget one who walked with God and had something good to say for everyone he knew.
Jerome O'Connor
April 1, 2017
The NICEST MAN WHO WAS KIND AND EMBRACEABLE WHO MADE YOU FEEL YOU WERE IMPORTANT HIS STYLE AND FASHIONABLE YOU COULD RESPECT AND ADMIRE CLASSIC INDIVIDUAL
Dwaine Hampton
March 29, 2017
I will always treasure our times playing baseball with the Angels. You always got us up with your clever chatter. Very sorry to lose a great "roomie" from Northern. My condolences to your wife and family. May our Lady of Mount Carmel always be close to you.
Michael Stenson
Michael Stenson
March 28, 2017
The thoughts and prayers of the Mount Carmel High School community are with your family during these days. May the saints of Carmel welcome John into God's eternal embrace and may Our Lady of Mount Carmel wrap you in the mantle of her love and care.
- Mount Carmel High School
March 27, 2017
We had many classes at Mt Carmel together and many laughs and good times. He is one guy I always remembered from school. My sympathies to his family.
Jim Brown
March 26, 2017
No one in our law class was surprised by Jack's many successes. We are all honored to have known him and shared briefly in his life. Our most sincere condolences to his family.
Robert Bina
March 26, 2017
Jack, A great attorney,friend,mentor ,best sense of humor,always a smile, a friendly hello,will be missed.
Dennis Torii
Acquaintance
March 26, 2017
Showing 1 - 10 of 10 results