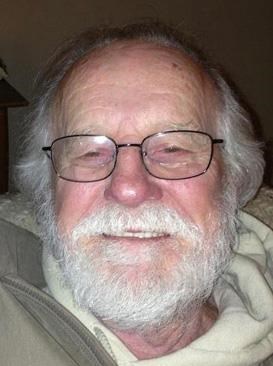 FUNERAL HOME
Kristan Funeral Home - Mundelein
219 West Maple Ave.
Mundelein, IL
John Carlton Lawrence, 89, formerly of Mundelein, IL passed away peacefully on Monday, October 5, 2020 in the presence of his family in Huntington Beach, CA. John was born on March 28, 1931 in Libertyville, IL and was the youngest of 9 children born to Elmer & Mary Catherine Lawrence. John married the love of his life, Margaret (nee Kleist) on May 10, 1951. They lived in Mundelein, IL where they raised their three children. John served as a Staff Sergeant in the U.S. Air Force at Kelly Air Force Base in Texas from 1950 - 1954. Upon returning to Mundelein, he worked for U.S. Gypsum in Chicago and later held a position as Corporate Treasurer at BVI in Waukegan, IL. John was an avid reader and after retirement spent many hours enjoying running his G gauge trains in Tucson, AZ, watching the Green Bay Packers (beat the Bears), as well as spending time with his family in Wisconsin and California. John is survived by his children, Michael (Jeannette), Patrick (Jeanne), and Kim (Bill) Bayer, 8 grandchildren, 13 great-grandchildren, and 2 great great-grandchildren, as well as his sister, Mary Neal and many nieces and nephews. He was preceded in death by his loving wife, Peggy and his 3 brothers and 4 sisters. Visitation is Wednesday, October 14, from 4-7 PM at Kristan Funeral Home P.C., 219 W. Maple Avenue (two blocks west of Route 45 on Route 176), Mundelein, IL. Funeral service is 10 AM Thursday at the funeral home. Interment will follow at Ascension Cemetery, Libertyville, IL. In lieu of flowers, memorials may be made to the Mundelein Fire Association Equipment Fund, 1000 N. Midlothian Road, Mundelein, IL 60060. The family appreciates your thoughts and prayers and asks that masks and social distancing be observed during visitation and at the cemetery. For information, call 847-566-8020 or visit www.kristanfuneralhome.com .