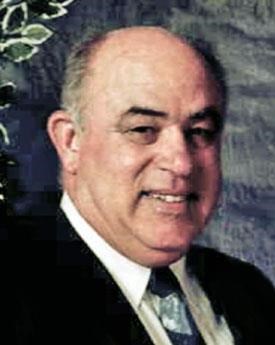 BORN
1942
DIED
2021
ABOUT
Highland Park High School
FUNERAL HOME
Northern Illinois Funeral Services Inc.
31632 N. Ellis Drive, Unit 209
Volo, IL
Kenneth Fletcher Wyman Born March 26, 1942, died February 18, 2021. Kenneth was born in Chicago, IL, to Fletcher Wyman and Barbara Park Wyman. He attended school in the Chicago suburbs and graduated from Highland Park High School. While he was in school, he helped build his family home in Deerfield, IL, getting a very early start in the construction field. He held several jobs during high school and after, including a car salesman and eventually found his way back into the construction world. He married Joyce Tenhune in 1963, and had 2 children. They were later divorced and he met the love of his life, Joyce Piper. They were married in September of 1971, and purchased a home in Des Plaines, IL the following spring, where they raised their 4 children. Ken had a long career in the construction field, starting in Chicago first with Kenny Construction Company and then Seven K Construction. During his time with these companies, Ken worked on the Chicago Deep Tunnel Project, Chicago O'Hare International Airport, a Government (DOD) project in Las Vegas, Nev. and a Deep Tunnel Project in Atlanta, Ga. His expertise took him to Atlanta, Ga. to work on a Deep Tunnel project. Eventually, Ken and Joyce moved out East, first to Virginia and later onto Millersville, Md., where he worked for Shirley Contracting Company and Facchina Construction. The projects he worked on while out east included: Washington Crystal City Airport, construction of the Ronald Reagan Building, Raven Rock in Pennsylvania, Air Force on Hangar, and Liquid Natural Gas facility on Chesapeake Bay. During his time in construction, Ken went back to school to obtain his State Licensed Civil Engineering degree. He received notoriety for several projects during his career, among those are some already mentioned. One of his greatest accomplishments and one that he was extremely proud of was his involvement in the reconstruction and renovation of the outer rings of the Pentagon. A section of the Pentagon was completed shortly before the attack on 9/11, and was the section that the plane hit that day. That, as well as the rebuild of the Pentagon after the attack, known as The Phoenix Project, were his contributions to America, which he loved. The company completed the project in a year's time and the ceremony and recognition of that was well deserved. Ken and Joyce were big sports enthusiasts. They loved and supported their Chicago teams. They were Bears season ticket holders for many years, even during the time they lived out East. They loved taking the family to Wrigley Field as well to watch the Cubs play. They also liked to travel. A few of the places they were able to visit were: Germany, Aruba, the Netherlands, Lake Tahoe (both Nevada and California), and Sedona, Ariz. They always enjoyed seeing new things and learning about the places they went. When Ken was ready to retire, they moved back to Illinois and bought a family home. They enjoyed all of the kids visiting and spending holidays and events together whenever possible. They lived there until they were once again joined together for eternity. He is preceded in death by his wife, Joyce; his parents, Fletcher and Barbara Wyman (Park); his brother in-law, Marv Gustafson; his in-laws, Walter and Irene Krenkel; brother-in-law, Raymond Krenkel; sister in-law, Shirley Peters (Krenkel); and their cat, Churchill. He is survived by his sister, Patricia Gustafson; children, Kenneth M. (K.K.) Wyman, Barbara (Loren) Highland, Lisa (Richard) Puszynski, and Michael Piper; grandchildren, Nicole (John) Heraty, Michelle and Jennifer Puszynski, Brianna Highland, Brendan Wyman; great-grandchildren, Miiklo and MyraLyn Highland and Caleb Heraty; brother-in-law, Robert (Marlene) Krenkel; and several nieces, nephews and their families. Our Dad was loved and respected by so many and will be missed every day. A celebration of Life for Ken will be held Saturday, August 14th, 2021 at Northern Illinois Funeral Services, 31632 North Ellis Drive, Unit 209, Volo, IL. Visitation starting at 10 am, services beginning at 11:00 am. Livestream and viewable after the service, https://client.tribucast.com/tcid/8726185085.