RALPH E. GORANSON
Ralph E. Goranson Ralph E. Goranson, 93, passed away on Wednesday, Nov. 14, 2012, at Advocate Condell Medical Center. He was born July 4, 1919, in Chicago, was a 29-year resident of Libertyville and a former resident of Gurnee and Avon Park, FL. Ralph was an Army ranger and commanding officer of C Company, landing on Omaha Beach on D Day during World War II, where he received the Purple Heart and Distinguished Service Cross. He was a member of the Libertyville American Legion Post #329, Grace Lutheran Church and was a retired account executive with the E. F. McDonald Company in Chicago. Surviving are his children, Robert (Valerie) Goranson of Libertyville, Jeffrey (Pat) Goranson of West Peoria, IL, Sally (James) Dunn of Carpentersville, Nancy Goranson of Fond du Lac, WI and Carol Mount of Inverness; 11 grandchildren; and five great-grandchildren. He was preceded in death by his parents, Einar and Agnes Goranson; his wife, Ruth in 2002; his brother, Jack in 1945; and a grandson, Craig Dunn. Visitation will be from 1 p.m. until the time of the services at 3 p.m. Saturday, Dec. 8, at the Burnett-Dane Funeral Home Ltd., 120 W. Park Ave. (Route 176, one block west of Milwaukee Ave.), Libertyville. Interment will be at Arlington National Cemetery in Virginia. Memorial contributions can be made to the Alzheimer's Association. For information, 847-362-3009 or please sign the guest book at www.burnettdane.com.
To plant trees in memory, please visit our Sympathy Store.
Published by Daily Herald on Nov. 17, 2012.
MEMORIAL EVENTS
No memorial events are currently scheduled.
To offer your sympathy during this difficult time, you can now have memorial trees planted in a National Forest in memory of your loved one.
MAKE A DONATION
Please consider a donation as requested by the family.
MEMORIES & CONDOLENCES
34 Entries
Capt. Goranson, you are my hero.
Your family is in my prayers
Ron Deacon
January 2, 2013
Nancy, We are so sorry to read about your dad. How luckily we were to know . him. We are going to Susie's Friday -Sunday to have a early Christmas or else I would be at the funeral home. All my love to you.
Ann Forker
December 6, 2012 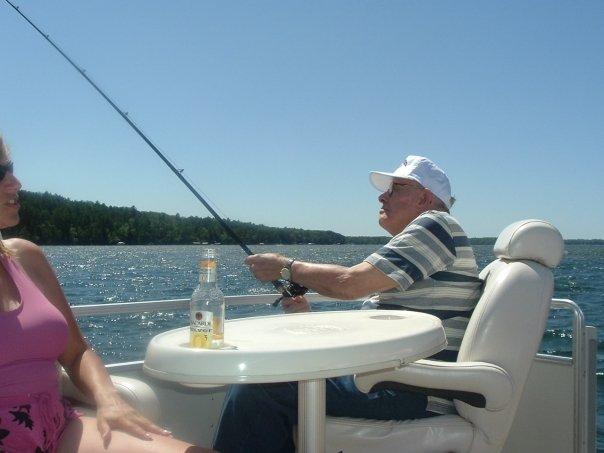 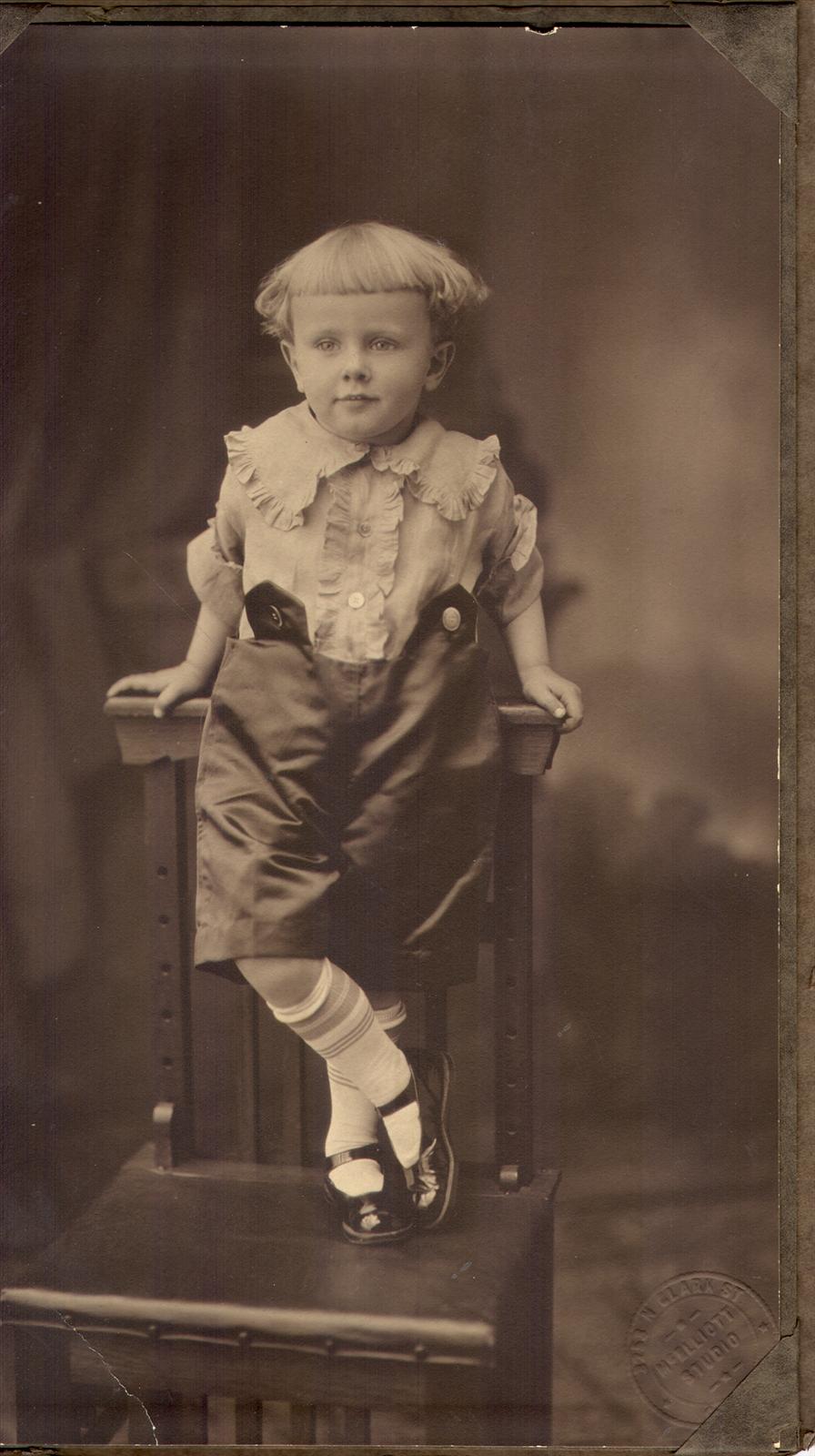 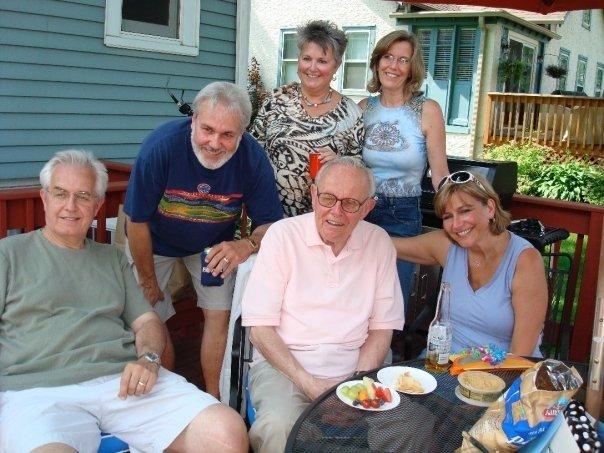 December 3, 2012
Your family is in our thoughts and prayers. Your father was a true hero for which we are grateful. May memories of his life sustain you in these sorrowful times.

With sympathy and love, 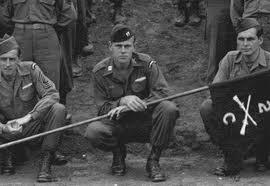 November 29, 2012
Thank you ever so much, Ralph Goranson, for your courage in Europe during WWII and also your kindness towards me. It was a privelege to hear from you and I will write about you also in a coming book of mine. To all other Goransons also many thanks.
Lars Gyllenhaal
November 28, 2012 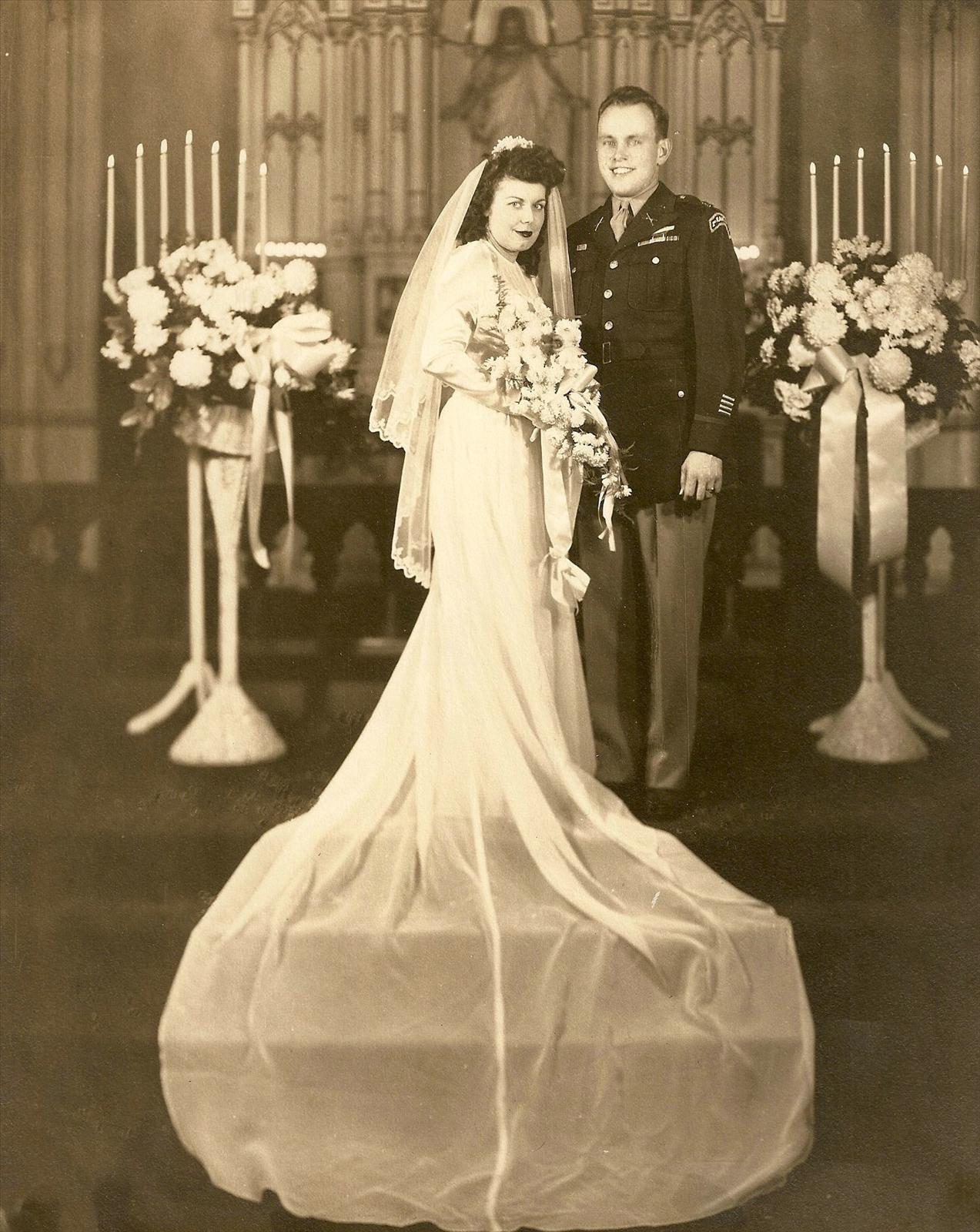 Sally Dunn
November 28, 2012
Dear Sally and Family,
We are so sorry to learn of your wonderful and honorable father's passing. He is now reaping his so richly deserved peace and immeasurable joy! You are in our prayers and we wish you feelings of peace as you lean on your fabulous memories and deep feelings for your father to get you through the immediate times.
Kara & Tom Todd
November 26, 2012
Jeff, Pat, Joe and family. May your memories be joyous and comforting during this time.
Jamie, Kody & Sammi Hassall
November 26, 2012
Dear Sally, Please know that you are in my thoughts in your time of loss. Hold dear all your precious memories, for it is through our memories, that our loved ones continue to live. With love & sympathy,
Cheri Hoerber Isgreen
Cheri Isgreen
November 23, 2012
Please accept my deepest sympathy ... had the chance to be pen pal with Ralph , he will be missed ... Captain Goranson Lead The Way forever !
Thierry
November 23, 2012
Dear Sally, So sorry to learn of your loss. Your dad was a true hero. We were all richer as a result of his gallant and honorable service to our nation, and all poorer at his passing--another of the greatest generation gone.
I got involved with Project Appleseed this past year as a tribute to my dad and his WW2 Comrades-in-arms. Their selfless sacrifices are such an inspiration for me.
I pray the Lord will cover you with His comfort now, and you will be filled with happy memories of your dad.
With deepest sympathy, Kathe Hoerber Mensik
Kathe Hoerber mensik
November 23, 2012
Dear Sally and family... I'm sorry for your loss and thankful for your father's life and sacrifices during the war. My dad was in the Normandy Invasion also. He seldom talked about it, so I wish they'd known each other. What a special bond. My sympathies, John Cline
November 22, 2012
On this day of giving thanks I will forever give thanks for knowing your father. I work at The Park a community he called home for 7 years. He was always such a kind and generous man to all who knew him. He was a hero to all of us and will never be forgotten, what a remarkable man.

Fondly,
Anita Wedge
November 22, 2012
Bob, Jeff, Sally, Nancy, and Carol
My thoughts and prayers are with you at this time. I have very fond and funny memories of your father. Ralph was an extraordinary special human!!!!!
Ann Baerwaldt-Evenson
November 21, 2012 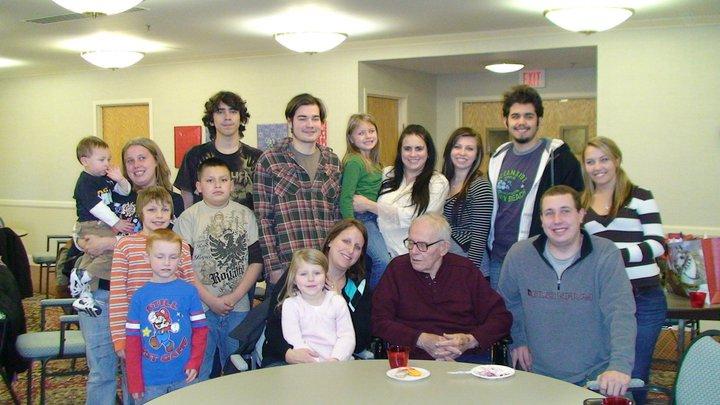 So sorry to hear of the Passing of One of the Truly Great Men of Our Times. He Lived Well and will be missed. He joins those who did not make it through the Longest Day who have been waiting for him and all the Family who have preceded him into the the Great Mystery. Once more so sorry for your loss.
Joseph A. Merrill III
November 20, 2012 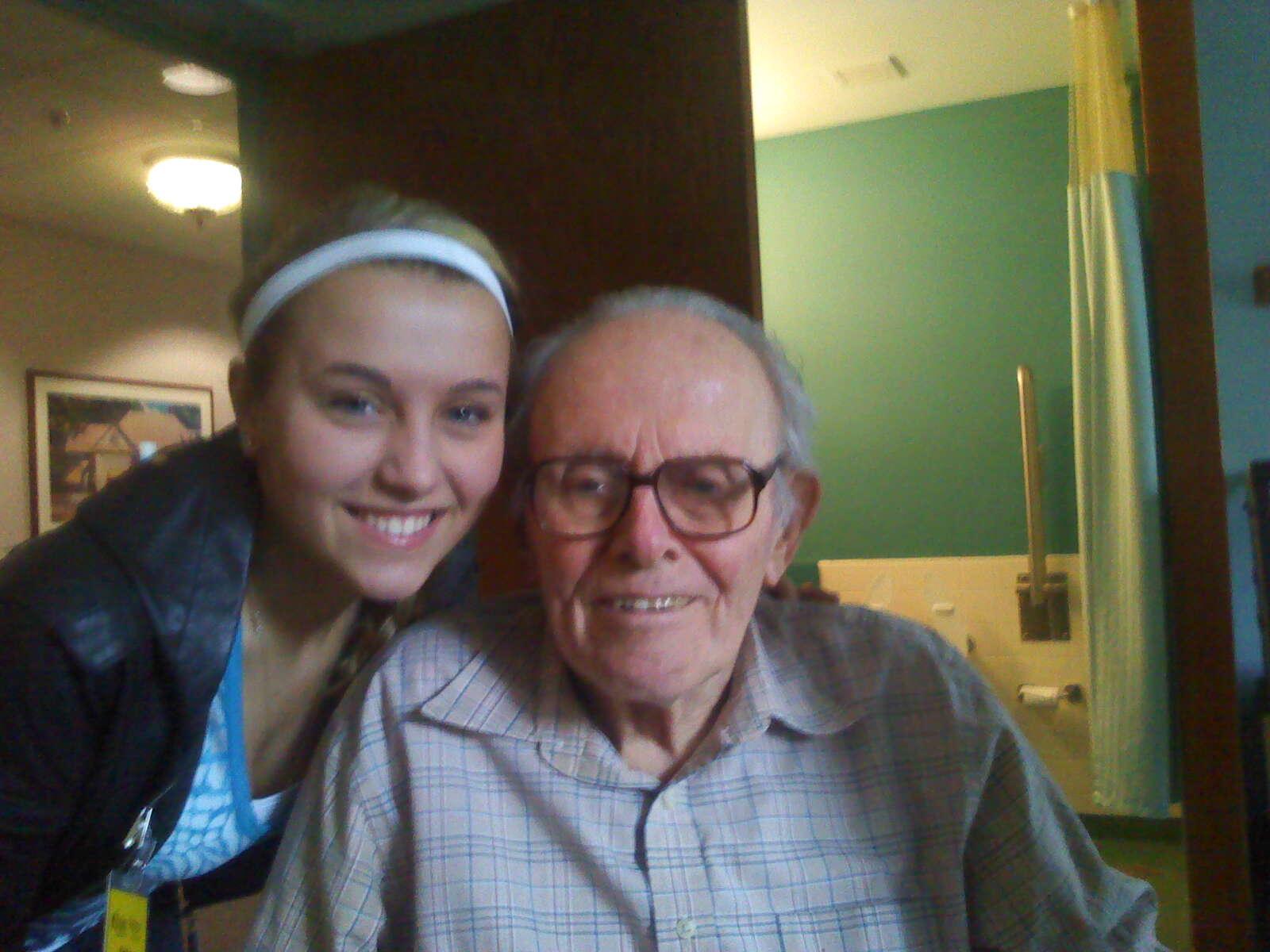 Corinne Mount
November 19, 2012
Sally,
I know you have many great stories about your father! My sincere thoughts are with you. Trent
November 19, 2012
To the entire Goranson family - We were so sorry to here about your Dad. He had a great life. Thoughts and prayers,
Jim and Mary (O'Connell) Neutens
November 18, 2012
We will never forget what these mens from the "Greatest generation" have done for us and for our freedom !
I am proud that I have met him in personn in Normandy, he was a great Ranger who led the way ...
Old soldiers never die , they just fade away .
A French friend from Normandy
Franck Maurouard
November 18, 2012
Blessings, Nancy. I'm so sorry. Prayers for comfort & peace.
Cathie Aschenbrenner
November 18, 2012
My Uncle Ralph was the source of many great childhood memories and his, and Aunt Ruth's, home the scene of many a family celebration!! Generous in spirit, kind and courageous....he will be missed and well-remembered.
Love to all the Goransons and their families.
John and Brooks Hauschild
November 17, 2012
This was a total man. He was not only my uncle, but also my friend. Great soul.
November 17, 2012
The gift of life...such an honorable gift for a honorable man...he will now forever live in your hearts...you should all be very very proud!! Prayers to you, Nancy...and your family!
Beth Bergman
November 17, 2012
I have wonderful memories of Uncle Ralph and hope that all of these memories we share will bring his children peace at this time of loss. All my love, Paula
Paula Barton
November 17, 2012
He is a point of pride in my life. I will forever miss him.
Love, your grandson, Eric Dunn
November 17, 2012
Showing 1 - 34 of 34 results