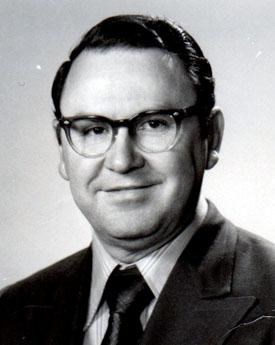 BORN
1926
DIED
2014
FUNERAL HOME
Steuerle Funeral Home - Villa Park
350 South Ardmore Avenue
Villa Park, IL
VILLA PARK - Roland G. Bermea MD, formerly of Villa Park, IL. Beloved husband of Barbara nee Lorenz, loving father of Barbara (Peter) Cooper, Michael, Linda (Mark) Beachey, Mark (Michelle), Jean (Greg) Vasquez, dear grandfather of Paige and Henry Cooper, Michael Bermea Jr., Rachel Krause, Ronald and Daniel Bermea, Brianna Gilbert, Julianne Vasquez and Denise (Craig) Krueger, fond bother of Rosa Gonzalez de Cadena. Visitation Saturday August 2, 2014 3 to 8 p.m. at Steuerle Funeral Home, 350 S. Ardmore Ave., Villa Park, IL. Interment private. In lieu of flowers memorials to your favorite charity appreciated. Dr. Bermea was born December 10, 1926 in Rosales, Coahuila, Mexico to Jesus and Esther Bermea, He married Barbara Ann Lorenz on April 29, 1954. Roland was a practicing Physician for many years. He attended Medical School at the Universidad Nacional Autonoma de Mexico. He was an Intern at Walther Memorial Hospital, Chicago. He was a Resident at Augustana Hospital, Chicago, IL. Dr. Bermea enjoyed family practice for 12 years in Villa Park, IL. in 1968 he attended Hines V.A. Hospital and became a Board Certified Anesthesiologist. Dr. Bermea was on the Staff of Elmhurst Memorial Hospital for 32 years and served as Chief of Anesthesiology and Chief of Surgery. He was also a Certified Acupuncturist and Medical Hypnotherapist, Dr. Bermea was a member of the American Medical Association and American Society of Anesthesiologists. After Dr. Bermea's retirement in Galena, IL he became a member of the Galena Rotary Club, Roland enjoyed living in Galena, his farmland in Council Hill, but most of all his family, children, grandchildren and friends. Dr. Bermea collected antiques and old cars. With his wife Barbara they traveled for many years to Mexico, Canada and many places in the U.S. also Spain and other European countries, In Spain he visited the place from which his ancestors came from the town of Bermeo, Viscaya, in the Basque Country. For information, 630-832-4161 or www.steuerlefh.com.

My heart goes out to you all. Roland was a class mate of my father, Gaston Rodriguez, in Medical School in Mexico. Both of them moved to the Chicago area to practice medicine in the 1950s. I had the privilege of knowing Dr. Bermea and his lovely wife Barbara along with all their children -- Barbara, Michael, Linda, Jean and Mark. Our families enjoyed many great memories together as we grew up in the 1960 and 1970s.

I will hold Roland in my heart and prayers forever for he embodied the grace, compassion and knowledge as a true healer and advocate for his patients. He loved his family and his friends. Strength and comfort to you all.

Bob Rodriguez
Bob Rodriguez
December 9, 2015
my heart goes to his wife and family as you all were our long time neighbor, mom used to work in his med office, he was my dr as i still hve his letter saying of my handicapped.may he rest in peace. hugs kisses diane kenyon-gordon
diane gordon
May 21, 2015
To the Bermea family our deepest loving condolences.From the Korbos family in Villa Park!
September 27, 2014
Dear Barbara -- I do not have a current address for you and the condolence note I sent to your Galena address came back to me. But that's not important. I wanted to tell you, which I'm sure you know, what a sweet man Roland was and what a lovely couple you were. It's a devastating loss but I know you, with your love of life, will get through it.
My fondest regards and love--
Barbara Alexander
August 20, 2014
May God bless you during this time in your life. You are in our prayers.
Rev. Dennis and Mary Hill
August 4, 2014
Offering our deepest condolences during this difficult time.
From the Staff of Steuerle Funeral Home, Ltd.
August 1, 2014
Mark You have my condolences.
Tim O'Connor
July 31, 2014
Dear Mark, I am so sorry to hear of your and your family's loss. I send prayers and hope for comfort for you.
Tracy Terrell
July 31, 2014
Linda, prayers and love to you and your family in the loss if your Dad. I hope that your fond memories will help you through this time. xoxo
Cathy Bellich
July 30, 2014
What a lovely tribute. I remember him from church at Trinity. I was always fascinated with his profession - since I wanted to enter the medical field. My deepest sympathy to the Bermea family.
Susan Yager
July 30, 2014
He was my doctor when I was little and I loved him. That says a lot about how wonderful he was.
Dann Hauber
July 30, 2014
Barbara Ann and family, I would like to express our condolences for your great loss. We have heard wonderful things about Roland and pray that God helps you at this time.
Pam Wade
July 30, 2014
Showing 1 - 12 of 12 results