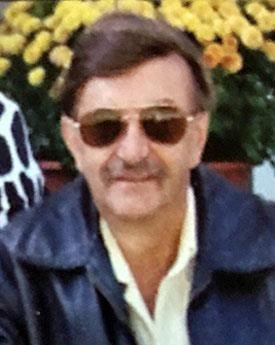 ABOUT
Glenbrook North High School
Terry H. Michaels, 76, passed away on January 3, 2021. Terry is survived by his wife, Rose; and brother, Brent. Terry grew up in Glenview and was a 1963 graduate of Glenbrook North High School. After graduating high school, Terry joined the U.S. Army and served in Germany, Korea and the United States for 3 years. Following his military service, Terry had a long career in the printing industry, and he lived in Lake Zurich. Upon retirement, Terry and Rose moved to Las Vegas. Terry was always happy and lived life to the fullest. He was especially interested in all sports, music, and travel. He will be greatly missed. He was preceded in death by his father, Frank; mother, Sharlet; and sister, Adrienne.

Published by Daily Herald on Feb. 24, 2021.
To plant trees in memory, please visit the Sympathy Store.
MEMORIAL EVENTS
To offer your sympathy during this difficult time, you can now have memorial trees planted in a National Forest in memory of your loved one.
MAKE A DONATION
MEMORIES & CONDOLENCES
Sponsored by Daily Herald.
0 Entries
Be the first to post a memory or condolences.