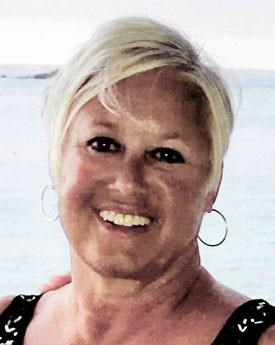 ABOUT
Schurz High School
FUNERAL HOME
Kisselburg-Wauconda Funeral Home
235 North Main Street
Wauconda, IL
Theresa Lynn Kazimour, age 62, passed away in the early morning hours of April 16, 2021 at her home in Grayslake. With her husband, Jim, and daughter, Natalie, present, Theresa transitioned with the strength, courage and dignity that so defined her life. She was born in Chicago on July 14, 1958 to Prentice (deceased) and Dorothy Arnold. She attended Chicago elementary schools and graduated from Carl Schurz High School. Theresa spent many more years in the city working and raising her children with her former spouse. The next chapter of Theresa's life brought her to her soul mate, Jim Kazimour. Early in their relationship, Jim took his city girl and moved her out to the "boonies" where she fell in love with the quaintness and friendliness of Jim's hometown, Wauconda. Together they loved attending the local festivals, sporting events and parades that had that special small town feel. Always a hard and tireless worker, Theresa spent several years as a Chef's Kitchen manager for Jewel. For a period of time, along with a good friend, she also started and ran a successful set up, serve and clean up business called "A Touch of Help." It was; however, after taking classes at a junior college, that she found her calling as a police officer/investigator for the Illinois Secretary of State Police. She worked in various capacities and investigative assignments and attained the rank of Sergeant. She retired after 25 years of service. Theresa was proud to also work security for the Chicago Bulls and White Sox. She made countless friends and met numerous famous athletes and celebrities, though often needing Jim to tell her who they were. For ten years, she and Jim operated the Chain O' Lakes State Park concession during the summer months. In the fall, she would cook breakfast for the pheasant hunters-getting to the park at 5 a.m. and cooking 70-75 made to order breakfasts in less than two hours. From there, she would start her 10 a.m. to 6 p.m. police shift. As if not busy enough, she also coordinated a police security detail for A.F. Services for 20 plus years, scheduling off-duty officers for various functions and trade shows, the largest being the Chicago Auto Show. Those officers numbered over 50 and all were loyal and like family to her. She truly was a remarkable woman and friend. Theresa's "happy place" was with Jim in their condo at The Pars in Naples, Florida. She loved decorating and re-decorating it. Since her retirement, she and Jim were able to winter there. She loved the community and all of their wonderful and caring friends. Theresa's other love was Oyster Bay in St. Maarten. Theresa and Jim honeymooned there and returned every year (except COVID years). There she and Jim formed their St. Maarten family, making lifelong friends from across the country and Canada. That group still gets together throughout the year. Theresa also loved being on the water. She enjoyed boating in Florida and on her and Jim's boat, "T and Me", on the Chain O' Lakes. She especially loved dolphins and would say they made her heart happy whenever she saw one. She took up pickle ball and also became an avid golfer. This January in Florida, she played her last round-shooting a 9-hole score of 44 and parring her last hole! Theresa's greatest love was her family. She lived for family gatherings. She was a loving, doting and bragging Grandma to Gavin and Alyssa Bruere and Reese Gammino. She loved Jim's grandchildren like her own, Jake and Brett Kazimour and Tyler and Halle Heinz, and watched them grow into young adults. When diagnosed with Stage 3C ovarian cancer in December 2013, Theresa faced it head on! She defied the odds with each recurrence, always opting for the most effective treatment, regardless of the harshness and side effects. Never complaining and thankful for each day, she and Jim lived life to the fullest. When anyone asked her how she was doing, her answer was always "I'm doing ok." Theresa wanted to be sure to thank her oncologists: Doctor Lyngel at the University of Chicago, Doctors Williams and Beck at Cancer Treatment Centers of America, Doctor Newman in Florida, Doctor Alok Pant here at Northwestern as well as her Internist, Doctor Saini with Advocate Health in Island Lake. Ovarian cancer is considered a silent killer; it does not show up in routine exams. For all of the women, please ask your doctor to check your CA-125; it could save your life. Special thanks to JourneyCare Hospice for their care during Theresa's final weeks. Theresa is survived by her loving husband, Jim; her mother, Dorothy Arnold; daughter and son-in-law, Natalie and John Bruere; son, Frank R. Gammino; former husband, Frank L. Gammino; sister and brother-in-law, Phyllis "Diane" and Tom Deutsch; niece, Michelle and nephew, David; Jim's children: son and daughter-in-law, Cory and Kayla Kazimour; daughter and son-in-law, Kristin and Ed Heinz, as well as the aforementioned grandchildren. A private family service will be held on April 30, 2021. Arrangements and details have been entrusted to Kisselburg-Wauconda Funeral Home. A service and celebration of Theresa's life is planned for some time in July 2021. Details will be forthcoming nearer the date. Theresa's wishes are that donations in her memory be made to the National Ovarian Cancer Coalition (NOCC) at ovarian.org or the Ovarian Cancer Research Alliance (OCRA) at ocrahope.org. Please sign the guest book at www.kisselburgwaucondafuneralhome.com. 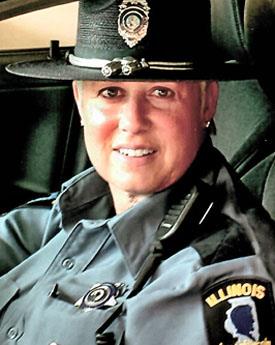 Published by Daily Herald on Apr. 29, 2021.
To plant trees in memory, please visit the Sympathy Store.
MEMORIAL EVENTS
Apr
30
Service
IL
Funeral services provided by:
Kisselburg-Wauconda Funeral Home
MAKE A DONATION
MEMORIES & CONDOLENCES
Sponsored by Daily Herald.
4 Entries
Jim and family, so sorry for your loss. Always pleasant talking with her. thoughts and prayers to you and the family. Tom & Vicky Carey
Tom & Vicky Carey
April 27, 2021
Very sorry to hear of this great loss. Always knew Theresa to be a pleasant person, a hard worker, eager to help and simply nice to be in her company. Jim and family I know this is a great loss to you and know you will be in my prayers.
Dave Poeschel
April 21, 2021
Jim. We are both so sorry for your loss. As you already know we love Tre and we are going to miss her so much. She will never be forgotten The Smiths,Naples Fl
Rose Smth
April 20, 2021
So very sorry . Condolences to Jim & the family. Glad we got to visit with her a few weeks ago. She was truly a warrior, you will be missed....
Mary & Mar
April 20, 2021
Showing 1 - 4 of 4 results