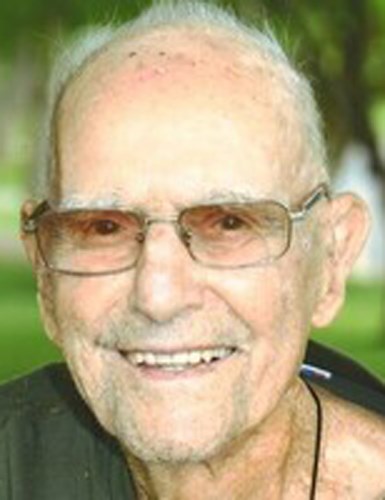 FARMINGTON – Albert B. "Pete" Wiley, of Farmington, passed away Friday, September 10, 2021, at Southbrook Skilled Nursing and Rehab at the age of 96. He was born November 5, 1924, in Farmington to the late Albert and Ethel (Hill) Wiley. In addition to his parents, he was preceded in death by a son, Stephen Bernard Wiley; and siblings, Nellie Wiley, Erma Gallagher, Homer Wiley and Donald Wiley.

Pete attended Farmington schools but prior to his graduation from high school he quit school to join the U. S. Army. He proudly served his country during World War II stationed in the Philippines, New Guinea, and Luzon. After his discharge from the military Pete came back to Missouri where he met and married the love of his life, Mildred Horn, on January 19, 1947. He worked many years at City Light and Water in Farmington as a lineman and at the same time had a shoe repair shop downtown called Pete's Shoe Repair. He was also proud to have been a volunteer fireman for Farmington. A longtime devoted and faithful member of St. Paul Lutheran Church, Pete was highly esteemed by church members and was a pillar of the church. In recent years he was proud to have been presented with an honorary high school diploma from St. Paul Lutheran High School. In his spare time Pete loved gardening and fishing; and earlier in his adult life was an active member of several softball leagues who played at Wilson Rozier Park. He was a loved member of the community.

Family members will remember Pete as a good husband, father and grandfather who was always energetic, positive, and maintained a great sense of humor.

Most importantly, however, Pete was thankful to God.

There will be a memorial gathering at Cozean Memorial Chapel on Friday, September 17, 2021, beginning at 5 p.m. until the memorial service at 7 p.m. with Pastor Stephen Constien officiating. Memorials, if desired, may be directed to Backstoppers. Share your condolences at cozeanfuneralhome.com.