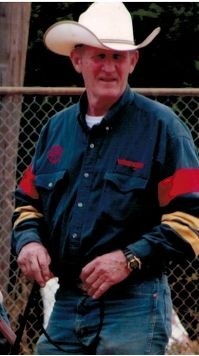 BONNE TERRE- Jerome "Alvin" Brown of Bonne Terre passed away Wednesday, September 16, 2020 at Mercy Jefferson Hospital in Festus at the age of 74 years. He was born on May 23, 1946 at Potosi, Missouri the son of Ruby (Harper) Brown and the late Julius Stephen Brown. In addition to his father he was preceded in death by a daughter, Lesley Brown and a brother, Bobby Brown.

Alvin was a retired Sheet Metal Worker and was employed with Boeing Aircraft for 35 years. He was a U.S. Army Veteran and proudly served his country during the Vietnam War. He was a member of the Palomino Horse Breeders of America and the American Quarter Horse Association. In his spare time, he enjoyed gardening and target shooting but his true passion was for his horses, spending hours upon hours riding, training, and working with them.

Visitation will be held from 5-8 pm on Friday, September 18, 2020 at the Mahn Funeral Home in DeSoto. Funeral Services will be held at 10 am on Saturday at the Mahn Funeral Home with the Reverend Marty Harrison officiating. Interment with full military honors will follow at the Festus Methodist Cemetery in Festus, Missouri. In lieu of flowers, memorials, if desired, may be made to the Palomino Horse Breeders of America (PHBA), 15253 E. Skelly Drive, Tulsa, OK 74116. Online condolences may be left at mahnfuneralhome.com. Arrangements are under the care and direction of the Mahn Funeral Home of DeSoto, Missouri.