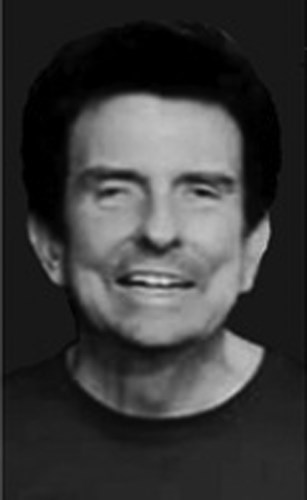 Norman met Naomi Geisinger in the Tahlequah City Hospital where there were many excited colleagues encouraging this relationship. They were married two years later and they recently celebrated their 40th wedding anniversary on November 8, 2020. Dr. Smith graduated from Northeastern Oklahoma State University. He attended medical school and graduated from Oklahoma College of Osteopathic Medicine and Surgery in Tulsa, Oklahoma. After six years of private general practice in Tahlequah, Oklahoma, he entered a residency in Anesthesia at Tulsa Regional Medical Center. He achieved a Board Certification in Anesthesia in 1993. Dr. Smith practiced General Anesthesia from 1989 – 2010.

Norman was a genius planner, a man of intuition and strong, quiet dignity. He enjoyed fishing, horse racing, St. Louis sports teams and Oklahoma University football. Boomer Sooner! He loved getting together for family gatherings, was a great cook, and could always be counted on for reasonable and calm wisdom. When he spoke, everyone would fall silent to hear the wisdom of the words he would share. Many accomplishments may have never materialized without the wisdom and moral character of Norman Smith, a true friend, wonderful leader, and provider of wise counsel. Any who knew him were better off for the times they benefited from his intelligence and wisdom.

He is a follower of Christ and taught His principles at home. Norman listened to Dr. James Boice and Dr. Vernon McGee sermons on Sunday mornings. One of his favorite pastimes was speaking in movie quotes: Top Gun, Hunt for the Red October, Silverado, and Outlaw of Josie Wales, to name a few. He brought the greatest joys as husband, Dad, and Poppi. He was generous and loving with his family and he continued the fantastic family tradition of storytelling.

In addition to his mother and father, he was preceded in death by his sister, Shelley Lee, D.O., and his niece, Jana Min, D.O.

Graveside services will be private. In lieu of flowers, memorial contributions may be made in Norman's name to Organ Transplant Center Fund, The Foundation for Barnes Jewish Hospital, 1001 Highlands Plaza Drive West, Suite 140, St. Louis, MO, 63110 / online at www.foundationbarnesjewish.org or to National Kidney Foundation / Welcome - The National Kidney Foundation. Services are under the direction of Cozean Memorial Chapel. Share your condolences at cozeanfuneralhome.com.

To plant trees in memory, please visit our Sympathy Store.
Published by Daily Journal Online on Dec. 28, 2020.
MEMORIAL EVENTS
No memorial events are currently scheduled.
To offer your sympathy during this difficult time, you can now have memorial trees planted in a National Forest in memory of your loved one.
Funeral services provided by:
Cozean Memorial Chapel
GUEST BOOK
7 Entries
Sorry to hear of Norman's passing. Thank goodness he had the Christian hope of more life in Christ. I practiced general medicine in Farmington, Mo until 1999, and appreciated Norman's good work and quiet stability. He will be missed.
Warren Thomas, D.O.
January 7, 2021
I heard of Norman´s passing.. I am so very sorry for your loss. I helped Norman while in high school teach a Sunday school class. He was such a fun sweet person and very wise. Deepest Sympathies
Waleah B Turner
January 2, 2021
Our deepest sympathies, and prayers to his family.
Charlotte Allen
January 1, 2021
It was my pleasure to know and work for Norman he will be missed by all.
Rich Elders
January 1, 2021
I am so sorry for your loss.Dr Smith was a wonderful man and my heart breaks for you and your family. I will be praying
Barbara Sutton
December 28, 2020
Naomi and family, Thinking of you all and sending prayers. Delta Noble
Delta Noble
December 28, 2020
My condolences to the family of Dr. Norman Smith and a special extension to Dr. Byron Smith. I am a better person for the influences received from both of these skilled practitioners.
Stephen Crain
December 28, 2020