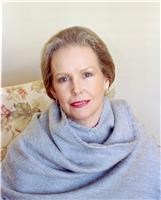 BORN
1937
DIED
2021
FUNERAL HOME
Memorial Park Funeral Home & Cemetery
5668 Poplar Avenue
Memphis, TN
Anna Cathryn Ball, Age 83 of Memphis, TN, passed away on April 29, 2021. Anna Cathryn is predeceased by her loving husband of 50 years, Wallace S. Ball of Memphis, TN and oldest daughter, Jana Ball Jackson (Greg) of Brandon, MS. She is survived by daughter, Jodi Ball, son, Sidney Ball and son, Daniel Ball all of Memphis, four grandchildren, Andy Jackson of Decatur, GA, Rob Jackson of Lafayette, LA, Will Jackson of Loganville, GA and Kathryn Jackson Cutler (Bryant) of Simpsonville, SC and their three boys Robert, Thomas and Alvin. She also leaves behind her brother David McBride (Betty) of Batesville, AR, niece Suellen McBride of Batesville and Nephew John McBride of Huntsville, AR. In addition, she leaves a beloved sister in law, Janet Cannon of Decatur, AL and Southaven, MS and niece Kelley Hayes (Ken) of Decatur, AL and Memphis, TN. She will be greatly missed by her family as she was devoted to each one and loved them with all of her heart.

Mrs. Ball was born in Tupelo, MS to Lloyd and Marion McBride on August 20, 1937. They moved to Memphis in 1945 and made it their home. Anna Cathryn graduated from Central High School and went on to graduate with her Master's degree in early childhood education from Memphis State University where she also met her husband, Wallace. A leader from an early age, she was president of her high school sorority Beta Delta as well as a member of the Rainbow Girls. She also served as president elect of her college sorority Delta Zeta and vice president of Panhellenic. A celebrated Teacher of 38 years, her career began on a high note as she was awarded the "Outstanding Young Educator of the Year" award in 1972. This continued with many more awards, honors and accolades as a teacher with the Memphis City Schools and then in many more supervisory roles. She had published articles in national educational journals, developed curriculums for teachers to enhance learning the in classroom in reading and science, organized and coordinated the first professional development institutes seminars and programs for all teachers at the then "new" Learning & Teaching Academy still operating at Hollywood and Union Ave. She lent her expertise to WKNO-TV by developing initiatives with the goal "To ensure all children enter school ready to learn" through instructional television. She joined WKNO as an Instructional Television Coordinator, science teacher/writer/producer and ITV Coordinator and hosted "The Science Corner with Anna Cathryn Ball" for grades six and up that ran for many years. After retiring in 1997 she began, The "Surragate Daugther Service", caring for the parents of other busy professionals who could not provide the time for their care. Taking them to needed appointments and errands. She also spent time traveling with her husband, reading, gardening and dancing at the Bartlett Senior Center. She spent many enjoyable hours at the Center listening to music, making new friends and of course, dancing.

The family will receive relatives and friends on Thursday, May 6 from 1:30 pm until the time of the funeral service at 2:30pm at Memorial Park Funeral Home and Cemetery, 5668 Poplar Avenue in Memphis. The burial will immediately follow.

The family requests that any memorials be sent to the charity of your choice. To view the webcasted service, click the link below: http://webcast.funeralvue.com/events/viewer/53310/hash:A4CD989D0D047E50