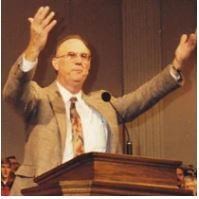 BORN
1938
DIED
2021
FUNERAL HOME
Memorial Park Funeral Home & Cemetery
5668 Poplar Avenue
Memphis, TN
John Martin Ellzey was born on September 26, 1938 in New Orleans, LA. He left his earthly body on November 11, 2021 to meet his savior Jesus Christ, whom he loved and served. When he was 9 years old, his family moved to Hattiesburg, MS where he became interested in music by participating in church choir programs at Temple Baptist Church, which led to his lifelong love of music.

He graduated from Hattiesburg High School in 1956 and stayed in Hattiesburg to attend William Carey College, where he earned a degree in music. While at William Carey College, he began serving a small church as Music Director at Southside Baptist. There, he met and fell in love with the pianist and his future wife, Carolyn Carter. They married on September 2, 1960 and moved to New Orleans as John finished his Master's of Music degree at New Orleans Baptist Theological Seminary.

Together, as music minister and pianist, they served churches in Mississippi, Louisiana, Alabama, and Tennessee for 63 years. He was Minister of Music at Leawood Baptist Church in Memphis, TN for 21 years where he directed "The Lord's Witness" Youth Choir. After serving for 27 years at East Acres Baptist Church in Millington, TN, they retired in December 2020.

There is no doubt all is well with his soul and is he with Jesus whom he loved so dearly and modeled here on earth. "I love everybody," were some of his last words and he did that so well and unconditionally. He was an amazing husband, father, grandfather and great grandfather and his family has so many fantastic memories of their time together. He was incredibly loyal and loved to laugh with his family and friends. He loved Memphis Tiger basketball and football, playing golf, and his trips to Malindi, Kenya, where he ministered over 16 times over the course of 20 years.

John is survived by his wife Carolyn of 61 years and their 4 children: Greg Ellzey (Judy), Mindy Wiseman (Brian), Andy Ellzey (Debbie) and Melissa Davis (Brad). He adored their 11 grandchildren and took every opportunity to be involved in their lives. The grandchildren are: Carrie Britt (Ben), Christie Boyd (Brandon), Michael Wiseman (Chelsey), Nicholas and Christopher Wiseman, Kyndal and Ally Ellzey, and Drew, Tess, Sadie, and Lucas Davis. They also have 4 great grandchildren: Caroline Britt, Sarah Lynn Britt, Kinsley Boyd and Owen Wiseman. He also leaves behind many other cherished family members and friends.

John is preceded in death by his parents, Bill and Belle Ellzey, sister, Barbara Wilson, and his infant daughter, Jennifer Carol.

Services will be held at Memorial Park Funeral Home (5668 Poplar Ave, Memphis, TN 38119) on Friday, November 19. Public visitation is from 11am-1pm and the service will begin at 1pm conducted by Rev. Phil Glisson and Rev. Clayton Wilbanks.

Special appreciation is given to Baptist Trinity Hospice, Nurse Dana and Caregiver Marine for gracious end of life care.

Memorials are as follows: