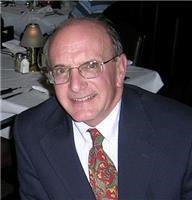 David graduated high school from Bartlett High School then graduated Purdue University with a degree in Chemical Engineering. After graduation, David and Marianne moved to several states and a different country including: St. Louis, MO, Alvin, TX, Omaha, NE, ARUBA, Netherland Antilles, Woodward, OK and finally settling back in Memphis, TN. He worked for over 40 years as an Engineer for Quaker Oats, Monsanto, & WR Grace before his retirement. David was a member of Germantown United Methodist Church and active in the Fellowship Forum Sunday school class, and enjoyed singing in the choir every Sunday. David also was a member of a local barbershop group, taking part in concerts and competitions for several years. David and Marianne moved to Suwanee, GA to be near family.

In lieu of flowers, the family suggest donations to Germantown United Methodist Church or the Alzheimer's Association.