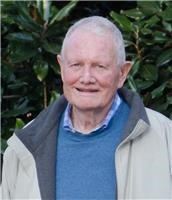 Jon graduated from East High School in Memphis and from Vanderbilt University.

He enjoyed a lifelong passion for astronomy, flying, and space exploration. In 1952, Jon and his young friends formed the Memphis Astronomical Society, which met regularly in his backyard at night, after the stars came out. At age sixteen, he made a presentation to the Memphis City Council to request funds for the first planetarium at the Memphis "Pink Palace" Museum. The presentation was successful and the museum established its first planetarium in a geodesic dome on the lawn. The young scientists of the Memphis Astronomical Society hosted star shows in the new planetarium every weekend until they left for college.

Jon also loved to fly and earned his pilot's license before he received his driver's license. He served in the United States Air Force Reserves.

At Vanderbilt, Jon majored in physics astronomy. After graduation, he worked in the space program, developing early versions of the engines that would later propel satellites and astronauts into space.

Jon eventually joined the family business, Buhler Mills, which manufactured Dixie Lily flour. He spent most of his business career in food manufacturing, as a partner in "Dirty Potato Chips" and in Hilton House Foods.

Upon retirement, Jon returned to his first loves, the stars and flying. He spent his last years hosting planetarium shows at the Pink Palace, teaching school children to love the stars and encouraging them to become scientists and astronauts. Well into his seventies, he spent many happy afternoons flying his little "tail dragger" plane over the local countryside. He referred to those afternoons as times when he "slipped the surly bonds of earth," a phrase from one of his favorite poems.

In addition to his love for the stars and flying, Jon loved his family, his friends, his books, the music of Debussy and Dvorak, and his dogs, Lady Dog and Lynn Bob.

Jon's wife and his children would like to express their deep appreciation for the loyalty of his friends, especially Dr. Steve Bledsoe, Dr. George Flinn, and Dr. Jeremiah Upshaw, whose kind and constant attention made his final months brighter and happier.

In accordance with his wishes, a private family ceremony will be held.

In lieu of flowers, the family requests that any donations in Jon's memory be made to the Sharpe Planetarium at the Memphis Museum of Science and History, 3050 Central Avenue, Memphis, Tennessee, 38111 or to a charity of the donor's choice.
Published by The Daily Memphian on Sep. 20, 2021.
To plant trees in memory, please visit the Sympathy Store.
MEMORIAL EVENTS
To offer your sympathy during this difficult time, you can now have memorial trees planted in a National Forest in memory of your loved one.
Funeral services provided by:
Memorial Park Funeral Home & Cemetery
MAKE A DONATION
Please consider a donation as requested by the family.
MEMORIES & CONDOLENCES
Sponsored by Memorial Park Funeral Home & Cemetery.
3 Entries
Please accept our condolences on your loss. We remember Jon fondly and his love for his family and friends.
Pete and Vera Rosato
September 28, 2021
Prayers for your family. I remember times at the Belmont grill. He was a good man and I considered him my friend.
Butch Lulloff
September 20, 2021
Offering our deepest condolences during this difficult time.
Staff of Memorial Park Funeral Home & Cemetery
September 20, 2021
Showing 1 - 3 of 3 results