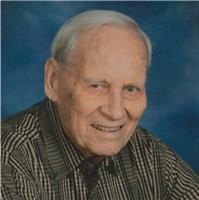 He was preceded in death by his parents John Jasper "JJ" and Salis Danner Graham, his first wife; Lee Oliger Graham in 1981 and following her death he later married Anna Corrine Eubanks who preceded him in death in 2013.

Mr. Graham was a World War II Navy Veteran. He rose to the rank of Master Chief E-9. In the navy he was in Aviation ordnance. After the war he returned to Memphis and was an instructor at Millington Naval Air Base. Mr. Graham was on active duty for 10 plus years, the enlisted in the Naval Reserves where he served until his retirement. He served the City of Memphis as a Fireman for two years and retired from the United States Post Office with twenty plus years of service. Mr. Graham was a member of the Lions Club. He was a faithful member of Germantown Church of Christ for many years.

Mr. Graham is survived by his son Gerald N. ""Jerry"" Graham and his wife Lynne, one Granddaughter Christy Procell and her husband Brandon, three great grandchildren, Jordan, Grace, and Ruby Kate Procell. He is also survived by stepdaughter Beth Fuller and her husband Terry.

There will be a private family service held at Memorial Park Rotunda Tuesday September 15, 2020.