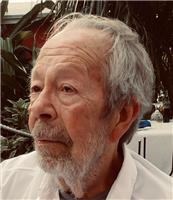 Mr. Evans was a graduate of East High School and Southwestern at Memphis
(now Rhodes College). With a liberal arts degree, he qualified for an entry-level position
mopping floors for Super D Drugstores. While working at Super D he attended night
law school and earned a Juris Doctor degree from the Cecil C. Humphreys School of
Law at the University of Memphis.

After a few years of practicing law, he returned to Super D and helped lay the
groundwork for a new enterprise, Auto Shack, later renamed Auto Zone. As senior
executive vice president in charge of real estate development, Mr. Evans oversaw site
selection and construction of Auto Zone stores nationwide. During his tenure the chain
grew from 300 to more than 3,000 stores.

On the social side, Mr. Evans was instrumental in reviving "Curbi," an irregular
society created in the 1950s by newspapermen as a Cotton Carnival spoof. Curbi was
made up of spectators who sat on the curb watching official Carnival crewes parade
down Main Street on their elaborate floats. The revived Curbi was headquartered at the
old P&H (Poor & Hungry) Cafe on Madison where Mr. Evans was crowned the society's
"Emperor for Life."

In honor of his abiding support for the U of M law school, a room housing
special collections was named for him. Mr. Evans was a member of Mensa
International.

He leaves his wife, Beverly Walls Evans; a daughter, Herron Evans of Memphis;
a son, Bevan Evans and his fiancee, Haley Williams, of Whitefish, Montana. He was
predeceased by his parents, Lawrence B. and Isabel Evans, and a sister, Dr. Lorraine
Evans.

The family requests that any memorials be sent to Rhodes College or the Cecil
C. Humphreys School of Law at the University of Memphis.

A memorial service will be held at a later date. Canale Funeral Home has charge.
Published by The Daily Memphian on Sep. 16, 2021.
To plant trees in memory, please visit the Sympathy Store.
MEMORIAL EVENTS
To offer your sympathy during this difficult time, you can now have memorial trees planted in a National Forest in memory of your loved one.
Funeral services provided by:
Canale Funeral Directors
MAKE A DONATION
MEMORIES & CONDOLENCES
Sponsored by Canale Funeral Directors.
2 Entries
Lonnie was such a cool, sweet man. He was always so kind and good natured.
Katherine Cameron Brown
Friend
September 16, 2021
A fellow law student,lawyer,and supporter of progressive causes..A good friend, a generous and thoughtful soul, and a proud Midtowner who made Memphis better.A life well lived!
Steve Cohen
Friend
September 16, 2021
Showing 1 - 2 of 2 results