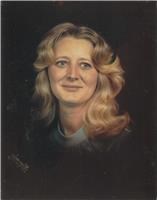 Virginia was born September 22, 1950 in Ripley, Tennessee, the daughter of Dorothy Ann Brogdon Frederick and the late Thomas Goodwin. She was married February 14, 1976 to Joseph Houston "Joe" Hurt and was employed as a bookkeeper for Rhea Clinic in Somerville before her retirement. She was a member of Old Brownsville Chapel where she was the church treasurer. Virginia enjoyed fishing, gardening and her koi pond, deer hunting and playing basketball. She had a special love for her family, especially her children and grandchildren and was an avid Memphis Grizzlies fan.

In addition to her father, she was preceded in death by her son, John Justin Hurt and her sister, Theresa Cox.