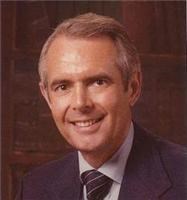 June 23, 1925 - February 27, 2015
Luther Reese Marr, at 89 years of age, passed away on February 27, 2015 at the home of his daughter, Christelle Marr Bunge, surrounded by his family members in Laguna Niguel, California. Luther was born to Aileen Schimfessel and Dr. Luther D. Marr. Luther attended UCLA, undergraduate (1946), then USC School of Law (1950). Luther served in the Naval Forces in the 1940s, as well. He is preceded by his beautiful and amazing wife, Christelle Taylor Marr, a Southern Beauty Queen, dynamic educator, committed charity leader, outstanding wife and loving mother, who sadly passed away in 2010. Luther and Christelle had a wonderful marriage of 54 years and lived a glamorous, thrilling life-style in the Hollywood world of entertainment! They were a hospitable, fun-loving couple, and known for giving fabulous parties for their many fantastic friends in their beautiful home, which overlooked the spectacular city of Glendale, California.
Luther is survived by his three children: Michelle Marr Spicer, Stephen Luther Marr, and Christelle Marr Bunge; grandchildren: Gavin, Trenton, Weston, Alyson, Elisha, Willie, Taylor, Kathryn, Courtney and Christelle; great-grandchildren: Ella, Lucy, Ethan and Evan. The love and legacy he left his family will endure for generations to come!
Luther Marr was a long-time employee of the Walt Disney Company. He began his career with Disney in 1954, as the first attorney for Disneyland! Throughout his career he served as the Vice-President of Corporate Affairs, Vice-President of Share-holder's Services, Corporate Secretary, Communications Attorney, Contractual Attorney for Awards and Contests and many more positions. He worked for the Disney Company for 58 years!
He may have been the oldest employee ever with Disney when he retired at the age of 86!
Luther was greatly respected for his many years of expertise and service to the Walt Disney Company.
Luther Marr was well-known in Glendale. He was actively involved in several educational, business and philanthropic groups. He was the Founding Attorney and on the Board of Trustees for Le Lycée Francais de Los Angeles, Founder of The California Institute of the Arts, Member of the Academy of Motion Pictures Arts and Sciences, American Society of Corporate Secretaries, Los Angeles Bar Association, Oakmont Country Club, Rotary Clubs of both Glendale and Newport Beach, and Junior Chambers of Glendale. Luther had many friends throughout California, the nation and the world! He will be long-remembered for his amazing mind, creatively detailed stories and loving heart! Luther Marr is and forever will be cherished and loved by all!
Memorial Services for Luther Marr will be held at Community Church Congregational of Corona Del Mar on March 14th, 2015 at 11:30 A.M.
Published by Daily Pilot from Mar. 7 to Mar. 22, 2015.
To plant trees in memory, please visit the Sympathy Store.
MEMORIAL EVENTS
To offer your sympathy during this difficult time, you can now have memorial trees planted in a National Forest in memory of your loved one.
MAKE A DONATION
MEMORIES & CONDOLENCES
0 Entries
Be the first to post a memory or condolences.