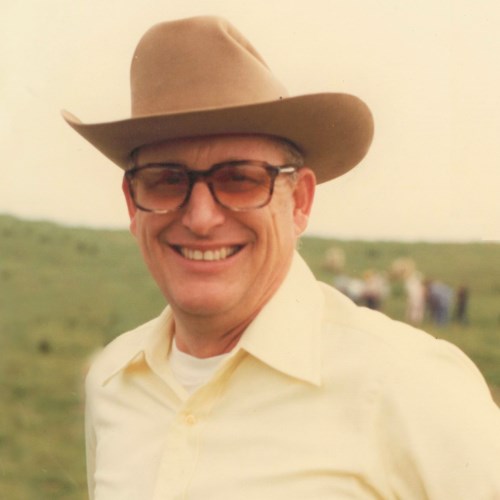 Born May 2, 1929 in Southgate, California; died July 8, 2019. Son of Sterling Jones
and Alice Christensen. Graduated from Southgate High School, going on to earn bachelors and masters degrees from the University of Southern California, a master of laws degree from University Chicago - Loyola, and a doctoral degree in economics from the University of London. Served in the United States Army, Intelligence Core, and deployed to Korea in 1950. During the Korean War, worked as General MacArthur's personal assistant. Fought at the Battle of Pusan Perimeter. Was wounded twice, earning a Purple Heart with an oak leaf cluster as well as a Combat Infantryman Badge. Captured twice by the enemy, escaping both times. Promised himself he'd return one day on behalf of those not able to escape. While in the Army, Norm also competed in the Military Olympics in Japan.Was a founding member of the Korean War Veterans Association. Forged a friendship with the head of the North Korean Mission to the United Nations, who assisted Norm with efforts traveling to North Korea to transport back American POW and MIA remains. Spent fifty years working as a labor relations and negotiation specialist representing the United States and other international corporations. Consulted for both the Nixon and Reagan Administrations, and assisted with President Reagan's earlier gubernatorial campaign. Was part of Reagan's "Kitchen Cabinet." Served as President of the American Scotch Highland Cattle Association and the Newport Harbor High School Aquatics Association. Had one son Michael with wife Helene. Later married Sheila O'Leary and had a second son, John-Edward. Especially loved spending time with his boys, teaching them the ins and outs of deep sea and stream fishing. Taught both the value and cost of freedom and loyalty to country. Survived by sister LaRae (Morris) Schow, brother Cliff (Linda) Jones, son Michael Jones, son John (Leilani) Jones, and grandson Finnegan Jones. Predeceased by his wife Helene Jones. Services were held Saturday, July 13, 2019 at the Newport Beach Stake Center of the Church of Jesus Christ of Latter-day Saints, 2150 Bonita Canyon Drive, Newport Beach. In lieu of flowers, please honor Norm by donating to the Korean War Veterans Association.
Published by Daily Pilot on Jul. 4, 2021.
To plant trees in memory, please visit the Sympathy Store.
MEMORIAL EVENTS
To offer your sympathy during this difficult time, you can now have memorial trees planted in a National Forest in memory of your loved one.
MAKE A DONATION
MEMORIES & CONDOLENCES
0 Entries
Be the first to post a memory or condolences.