Anthony T. Gill
NEWPORT NEWS - Anthony T. Gill, 87 passed away on July 27, 2008.
He is survived by wife, Frances; three children, Geraldine Coleman, Guy March, June March; two grandchildren, Theresa Pav and husband, Richard, Angela Coulter and husband, Scott; six great-grandchildren, Russell, Mark, Kimberly and Amanda Pav and Bryanna and Sierra Coulter, whom he loved dearly. Also four step-grandchildren and five step great-grandchildren; a lifelong friend and sister-in-law, Dorothy White; a sister-in-law, Rosemarie Pawlenko; and many nieces and nephews.
A WWII veteran who served in the 8th Air Force, he will be cremated and put to rest in Arlington National Cemetery. Anthony was a man of many talents but will be remembered mostly for his remarkable sense of humor and his impish smile. View and post condolences on our online guestbook at dailypress.com/guestbooks.

Published by Daily Press on Jul. 29, 2008.
To plant trees in memory, please visit the Sympathy Store.
MEMORIAL EVENTS
To offer your sympathy during this difficult time, you can now have memorial trees planted in a National Forest in memory of your loved one.
MAKE A DONATION
MEMORIES & CONDOLENCES
28 Entries
Dear Frances,
I'm thinking of you at this difficult time, and remembering Anthony's sense of humor & mischief. The look in his eyes waiting to pounce with a perfectly timed funny comment during a conversation will be a treasured memory. I wish him Peace in the hereafter, and to you continued strength & healing, and most of all, love.

Love,
Kurt Brown & Mari Marjamaa
Kurt Brown
October 1, 2008
To Aunt Frances and Family,
Uncle Tony has a special place in my heart. He had a way about him that would always make me look on the bright side of things. Although we all haven't talked to each other in years I have often thought of Uncle Tony and the rest of you.

Love,
Paul, Diane and Danielle
Paul and Diane Harris
September 18, 2008
to our dearest friend of many years. our hearts are with you at this difficult time. be well and take care of yourself. love from our hearts.sandra and barbara. the new york maj jongg girls..... aug.22.2008p/s. you were always there when I needed you, sandra.
sandra bindman
August 22, 2008
Dear Fran,
I remember Anthony as an all-around good man who always had a smile for everyone. He was fun to be with and we shared some good times as neighbors. I am sorry for your loss, but he will always live in our memories.
Love, Walter
Walter Bindman
August 22, 2008
Uncle Tony,
May you rest now and watch down upon the rest of us with those beautiful eyes and wonderful smile. Will always remember the family gatherings at your house and the precious times we shared. So glad I had the opportunity to spend time with you in Virginia last year! You will always be in our hearts!
Love
Your niece Diane and Family
Diane Chwalyk
August 15, 2008
Dear Aunt Frances and family,
I am so sorry to hear about Uncle Tony. I have so many fond memories of him. He could make you laugh at the darkest times in life. With the way the world is today, I truly believe that God needed someone at his side to make him laugh.
I am glad he is no longer suffering and is making the angels smile instead.
You are all in our hearts and prayers.
We love you,
Anne
Ken and Anne Spilbor
August 12, 2008
We love you
We'll miss you for
your Wisdom and Wit
and that most unique
"Greatest Generation" style
Grit.

Josephine
Josephine Carey
August 6, 2008
To Anthony and Anthony's family....
The sunshine that always appeared on your face when you smiled will be missed by all us you leave behind. Although I didn't meet you until later in your life, Anthony, it didn't take long to realize what a kind, gentle, and amazing man you were. You were quick witted and your sense of humor was remarkable. Although we will miss you, I am happy you are no longer suffering. We know we will see you again. Linda
Linda Hutcherson
August 6, 2008
Grandpa,
Atleast you are in a peaceful place now and now you can relax and drink all the beers you'd like :) .. I remember yu would always take peanuts and feed the squirrels with me in the back yard in West Hempstead and how we always used to play Who Wants to be A Millionaire. There are a lot of great memories with you and i will NEVER forget them. 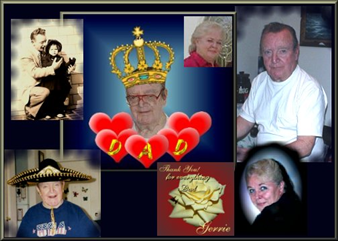 To My Beloved Father,

There is no real place to start, and there is no end. You have always been the most special man in my life. No one could ask for more in a Dad. Unconditional love is what you gave and I cannot thank you enough for that. There are no words in the English language that can describe what I have to say to you now, so I will say them in my heart and in my prayers and I know you will hear. You will be with me always . . . . so until we meet again, you carry a piece of my heart with you. Much Love Always!!

Proud to be your daughter,
Geraldine Anne
Geraldine Coleman
August 6, 2008
So many years, so many memories. I have been fortunate to have had you as a friend and brother-in-law all these years. I will miss you so very much. Rest in peace dear friend.
Love,
Dorothy
Dorothy White
August 5, 2008
Dear Anthony; The first time we met , we were trying to put together our daughter's crib. You came, rolled up your sleeves and made it happen.Over the years you and Frances were always very kind and supportive of our family. We all Love you and will never forget you. Till we meet again, Love John & Ella
John & Ella Fredericks
August 4, 2008
Dear Anthony; I have nothing but fond memories of your kindness and generosity. For many years we all rode to work together; I enjoyed our lively conversations and your wonderful sense of humor.Enjoy your reward in heaven. Love, Lil
Lillian Quarto
August 4, 2008
Tony now you can rest in peace and we take comfort in knowing you are with the rest of the family. When you see Tom, Bill and Ralph you can talk about the family get togethers, the pool parties, New Years eve and especially Tom and Dot's anniversary party when you drew cartoons and wrote hints for their treasure hunt. You were always funny and had unused talent. Wasyl will remember you for all the war and service stories you told him and thank you for being Gary's godfather. We will miss you Tony, you will always be remembered.

With Love,
Wasyl and Rose
Rose Pawlenko
August 4, 2008
We are sorry to hear Tony passed away. Remembering Tony always brings a smile to our faces. Our deepest sympathies to you and your family, Fran.
Pat & Carmela Narducci
August 3, 2008
To the only real Father I have ever known... thanks for stepping in and taking on the job.

I will never forget you, and you will be sorely missed for your vast knowledge, your amazing sense of humor (which I am told I "inherited"), and for your patience in guiding and teaching others.

Love Always,
Guy
Guy March
August 3, 2008
I will miss you, and remember all the times together with you and Frances and Grandma.
Always remember listening to your stories.

Love and Miss You, 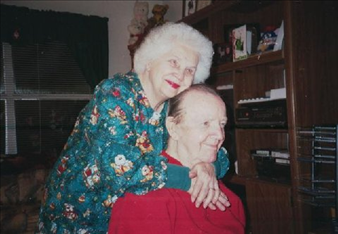 July 30, 2008
You were always there for me, although I sometimes did not/could not see. . .your animated manner and humor will never be forgotten. Love you!
June March
July 29, 2008
Papa, hope you're much better where you are now than before. I love you lots.

Love, Bry
Bry
July 29, 2008
Grandpa we are happy you are finally at peace. You have touched everyone's life in a very special way and contributed to who we are today. We are blessed to have that part of you and will carry it with us always. You are very much loved and will be very much missed.

Love, Rich, Theresa, Russell, Mark, Kim & Amanda
Theresa Pav
July 29, 2008
MY ONE TRUE LOVE-TILL WE MEET AGAIN-I'LL WALK ALONE--LOVE YOU--FRANCES
July 29, 2008
Rest in peace, Grandpa/Papa... We love you very, very much, and hope you are enjoying your newly found freedom from the limits of your body! Your wonderful, devilish sense of humor lives on in us, and you always be cherished and in our hearts. 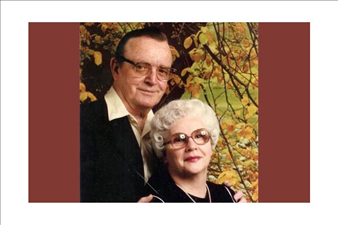 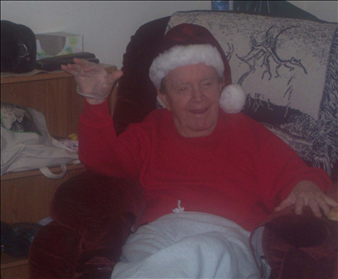 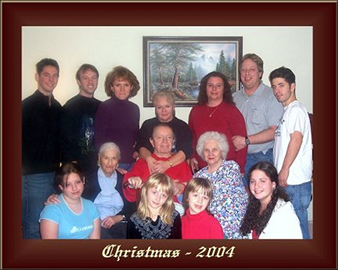 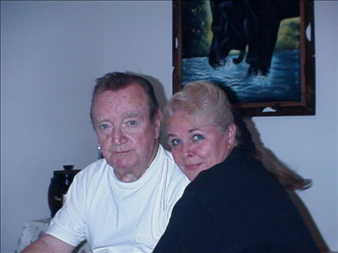