FUNERAL HOME
Peninsula Funeral Home
11144 Warwick Boulevard
Newport News, VA
NEWPORT NEWS - Charles 'Gilbert' Waller, 73, passed away on Monday, April 19, 2010.
He was a native of Hampton and had been a resident of Newport News for 50 years.
Mr. Waller retired from Sup-Ship Newport News as a Supply Coordinator and served his country in the U.S. Navy. He was a member of the Lions Club in Newport News and served as Host-President from 1993 to 1994. He was a graduate of Fork Union Military Academy, was a Hampton High 'Crabber', volunteer for Contact Peninsula and received the Melvin Jones Fellow Award by the Lions Club Foundation.
He was preceded in death by his parents, Zella Mann Waller and Charles Godwin Waller.
Survivors include his wife, Mary Frances Southall Waller; daughter, Alice Zimak and husband, Gary; two sons, John 'Mark' Waller and Adam M. Waller; sister, JoAnn Beninger; five grandchildren, Miriah, Joshua and Sterling Waller and Tara and Lindsey Zimak; and one great-grandchild, Lilian Rose Tillis.
The family will receive friends from 6:30 to 7:30 p.m. Thursday, April 22, at Peninsula Funeral Home. A memorial service will be held at 7:30 p.m., also at the funeral home following the visitation and will be officiated by Dr. R. Furman Kenney.
Peninsula Funeral Home is in charge of arrangements. View and post condolences on our online guestbook at dailypress.com/guestbooks.

To plant trees in memory, please visit our Sympathy Store.
Published by Daily Press from Apr. 21 to Apr. 22, 2010.
MEMORIAL EVENTS
No memorial events are currently scheduled.
To offer your sympathy during this difficult time, you can now have memorial trees planted in a National Forest in memory of your loved one.
Funeral services provided by:
Peninsula Funeral Home
MAKE A DONATION
MEMORIES & CONDOLENCES
34 Entries
My sweet little brother. I know you are in a better place, but I will miss you terribly. I thank God everyday that you didn't have pain and that you had great care. Your sister, Jo Ann
April 30, 2010 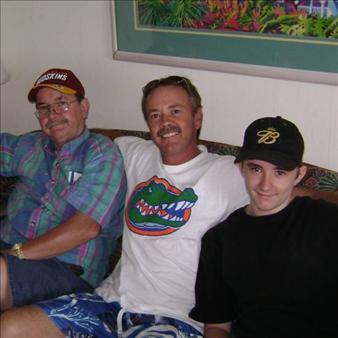 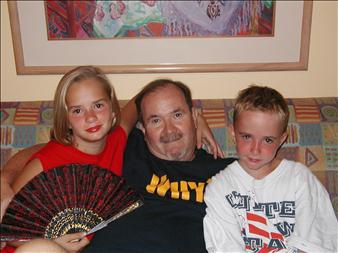 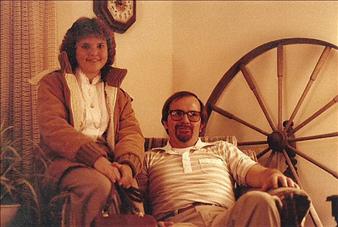 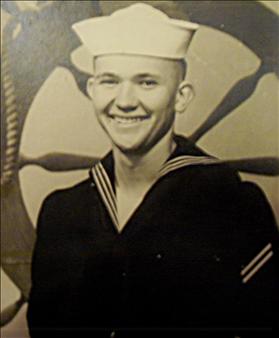 Mark Waller
April 29, 2010
Mary Frances, Alice, Mark and Adam,
My thoughts and prayers are with all of you. I wish I could be there and give each of you a hug in person. Know that I am sending my love and prayers to each of you. May the Lord bless you and keep you and comfort you as only He can. With deepest sympathy,
Darlene Zern
April 27, 2010
Mary Frances and Family

Jim and I were so stunned to read of Gil's passing when we got home today. We are so sorry we missed the service. Our prayers go out to you and the family at this time.
Jim and LaVonne Deaver Suffolk, Va
LaVonne Deaver
April 25, 2010 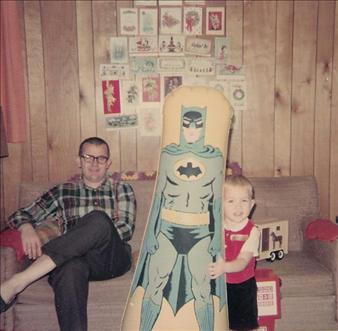 I would like to Thank Everyone that attended the service.It was a beautiful service.I would like to thank again Mary Francis,Alice Zimak,Adam Waller,Denise Sizemore and my son Joshua Waller.I`m really going to miss my father.Gil Waller was everything a Dad should be and so much more.I Love You Dad.
Mark Waller
April 23, 2010
Mary Frances, I was so sorry to read of your husbands death. I called Frances and she asked me to extend her sympathy to you as well. She knows first hand what you are going thru. You and the family are in my prayers and if you need anything, don't hestite to call me.
Barbara Banton
April 23, 2010
Mary Frances, I'm so sorry to hear about your loss. I'll be praying for you. I know these are difficult days. You have some life-long friends to help you through this time. In Christian Love, Carolyn Burns Cunningham
Carolyn Cunningham
April 22, 2010
The Lions Club has lost a good and faithful member. Gil was dedicated to his Lions work and his enjoyment in serving others was contagious and infected his fellow Lions members. He will certainly be rewarded in his new home. My heart goes out to Mary Frances and the family.

Lion Jay Musser
Jay Musser
April 22, 2010
Mary Frances,
You are in my prayers at this time of your great loss. God, give you peace and Gil a save journey home.
with love,
Linda May Crayton
April 22, 2010
Mary Frances, Alan and I were so sorry to hear of your loss. Our thoughts and prayers are with you as you go through this difficult time.
Judy Nesbitt
April 22, 2010
I am saddened to hear of the loss of your loved one. My thoughts and prayers are with you and your family
Jim Morrow
April 22, 2010
Please accept my deepest sympathies.
Mark Hutcherson
April 22, 2010
Dear Alice, Gary and the girls,
I was saddened to read of the passing of your dad, father-in-law and grandpa. I know how difficult it is to lose your father as I lost mine over ten years ago. Just keep speaking of the wonderful times that you had together and of the great things he did for you and others. Your heart will want to explode at the viewing tonight when people mention the way he affected their lives but it will be from pride and joy that it aches. Remember each of those memories in your heart as you know where he has gone and that we all will be with them one day. I will keep your family in my prayers. You are a good family and Orcutt misses you.
Pam Chalkley
April 22, 2010
I am sad to learn of Gil's passing. He always had a smile for everyone and will be greatly missed by friends and family and by you, Mary Frances, more than anyone can ever know. He was truly your soul mate.
Wanda Adelson
April 22, 2010
We went to school at Wythe with Gilbert many years ago and was sorry to hear of his death. We saw him at school reunions. 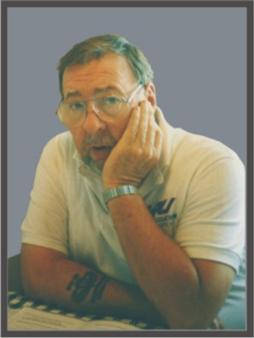 My sympathy to Mary Francis, Gil's children and his sister Jo Anne.
I have known him as a buddy since we were both 6 years old in Wythe. I miss him and all our mutual friends and family that have also passed. He was an interesting and honest friend for all those years. I am sorry I cannot get to the peninsula to say goodbye.
Charlie Newsome
April 21, 2010
Mary Frances, You and your family are in my thoughts and prayers. Gil will not be forgoten, the ICR will not be the same. - Janis
Janis Peach
April 21, 2010
My sympathy goes to Gilbert's family members. I saw him at our Parker reunion in 2008 at the little country church (Pleasant Grove) where all our parents attended as children. My mother was Bernice Parker Crawley. My mother's first cousin was Gilberts father.
Hayes Askew
April 21, 2010
Mary Frances, I am deeply saddened by the death of Gil. I greatly appreaciated the time you spent with our Bible Study Class at First Baptist. May you feel the comfort of God, your friends, and family.
I hope to see you Thursday evening.
Love, Peggy White
April 21, 2010
Mary Frances, You and Gil have been such a big part of our lives. All the good times and memories are so very special to us. Herbert and I are both so sorry that you must go on without him. Fork Union produced two great men for us. Girls from North End that truely have loved each other since the third grade. Please know how much everyone who knew Gil loved him. Your children must give you great comfort now. Love, Joyce and Herbert
Joyce & Herbert Liverman
April 21, 2010
Our sincere sympathy is extended to the Waller family in the loss of your loved one. God be with you in this time of sorrow.
Jim and Barbara Stroup
Annie B. Chamblin
Mesquite, Nevada
April 21, 2010
Mary Frances and family: We love you and know that you will find peace in the knowledge that Gil is now free and in God's hands. Blessings.
Sarah & Lou Kressaty
April 21, 2010
Mark and Alice - I am saddened to hear about your father's passing. Gil was a huge part of my childhood (so were you both!) and I have nothing but good memories of him and hanging out at your house.

Even though I haven't seen him for many years, my Mother has kept me posted. It's always felt good when I returned to Booth Circle to see Gil's house and know he was there. Not many people from our childhood still live on Booth.

I think of you both often and hope you are doing well. Mark is a Grandfather, oy vey!!

I worked with Gill at Supships and he was always such a wonderful co-worker and he always talked so much about his family. I am so sorry for your loss and just focus on the many memories. God bless you and your family.
Karen Onks
April 21, 2010
Mary,

I worked with Gill at Supships and he was always such a wonderful co-worker and he always talked so much about his family. I am so sorry for your loss and just focus on the many memories. God bless you and your family.
Karen Onks
Karen Onks
April 21, 2010
Mary Frances, I am saddened to hear of Gil's passing. The newspaper didn't mention all the work he did for the Peninsula Christian Singles Club. What great times we had there in the 80s. Gil was always involved in making the club better and making people feel comfortable. I didn't know he was in Lions Club until I talked to Furman Kenney yesterday. --Chris Astle
Chris Astle
April 21, 2010
Mary,
We are saddened to hear of your loss.
Our thoughts and prayers are with you during this time.
Brenda & Glen Insley
April 21, 2010
I'm so sorry to hear about your loss, Mary Frances. My thoughts are with you.

Bill Black,
LaGrange, Georgia
April 21, 2010
I love you Dad! I am proud to say you are my father. I will cherish our memories forever.
Alice Zimak
April 21, 2010
I'm saddened to hear of Gil's passing. He was a joy the many years we worked together. His enthusiasm for life and tireless spirit will live on. Please accept my condolences. My heartfelt prayers and thoughts are with his wife and family.
Kathy Lynn
April 21, 2010
Our thoughts and prayers are with all of you during this every difficult time. Gilbert was a friendly and clever young man and loved his family very much. He will be missed by all of us in the family. There will be a void unable to be filled by any other. You all have our sincere sympathy. We regret that we are unable to be with you during this difficult time, but our thoughts are with you.