FUNERAL HOME
Peninsula Funeral Home
11144 Warwick Boulevard
Newport News, VA
NEWPORT NEWS - Mrs. Dorothy Miffleton Hall, 92, widow of Robert F. Hall Jr., died Dec. 26, 2011.
She was a native of Richmond and had been a Peninsula resident since 1930. She was a member of St. Stephen's Episcopal Church. Mrs. Hall had been employed with Peninsula Funeral Home, since 1946, as a funeral director and organist. She was a graduate of Newport News High School, Class of 1937, where she was school pianist for four years and was also a graduate of Smithdeal Massey Business College, Richmond, and Newport News Business College. She was the organist at Calvary Baptist Church and Chestnut Avenue Methodist Church for many years. She was a former member of James River Country Club and a former member and secretary of the Peninsula Organist Guild.
Survivors include her son, Robert F. Hall III and daughter-in-law, Brenda Bridges Hall; two sisters, Mrs. Mildred Miffleton Harper of Tarboro, N.C., and Mrs. Nancy Miffleton Barber of Yorktown, Va.; granddaughter, Trisha Hall Pipkin and her husband, Jason; great-grandchildren, Robby, Brendan, Jaylen, Samantha, Brayden, and Victoria; and a sister in-law, Harriet H. Miffleton.
She was preceded in death by her brother, Walter B. Miffleton; granddaughter, Jessica Hall Sickles; and two great-grandchildren, Abbey and Daniel.
The family will receive friends from 7 to 8:30 p.m. Wednesday, Dec. 28th, at Peninsula Funeral Home. The Rev. Scott Baker will officiate a funeral service at noon Thursday, Dec. 29th, at Peninsula Funeral Home, followed by burial at Peninsula Memorial Park.
The family wishes to thank the staff of The Gardens at Warwick Forest and the caregivers from Visiting Angels. View and post condolences on our online guestbook at dailypress.com/guestbooks.

To plant trees in memory, please visit our Sympathy Store.
Published by Daily Press from Dec. 27 to Dec. 28, 2011.
MEMORIAL EVENTS
No memorial events are currently scheduled.
To offer your sympathy during this difficult time, you can now have memorial trees planted in a National Forest in memory of your loved one.
Funeral services provided by:
Peninsula Funeral Home
MAKE A DONATION
MEMORIES & CONDOLENCES
9 Entries
Bobby, We were sorry to hear about your Mom and we're sorry we couldn't be at her service. I know you'll miss her, but I know she lived a long and productive life. Our thoughts and prayers are with you and Brenda and the rest of your family. Hope to catch up with you on one of our trips to NN.
Skeeter & Johnny Coleman
January 2, 2012 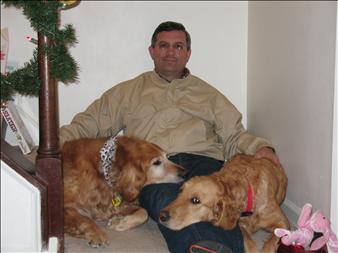 Bobby,
I just found out today about your Mother as Savannah and I went to visit her. We enjoyed so much visiting her each week and I know she enjoyed seeing Savannah. I'm very sorry for your loss. I will miss visiting her and my wife will miss the treats she provided each week. It was a blessing to know her over the past two years. Steve Taylor and Savannah [email protected]
Steve Taylor
December 30, 2011
Dear Bobby, Brenda, and Trisha: You have our love and sympathy in the loss of your Mother. Eweryone knew how much she loved her son and grandchildren. She was a great organist at Peninsula Funeral Home. I know you will miss her.....I lost my own Mother on October 20.
Our love and prayers are with you.
Fred and Patty Mays
Frederick Mays
December 29, 2011
Bobby, my heart goes out to you and your family at this time of sorrow. We were with your Mom over the last two weeks and we showered her with lots of attention. She loved you so very much and talked about you each day that we visited her. She is at peace now. God bless you and your family,

Ms. Vee and her CNA Students
December 28, 2011
To the Hall Family: Bobby, Brenda, Trisha, Robby, Brandon - my deepest sympathy and condolences in the loss of your Mother / Grandmother. My thoughts and prayers are with you all.
Robin Roylance
December 28, 2011
My thoughts and prayers are with the family. I worked with Dot for many years. She was always fun to be with. She and my mother were best of friends and they could tell stories on each other. I will always cherish the times we had together and wish I could be there for the service, but although not physically I will be there in spirit.
Ron Smith
December 28, 2011
To the family, friends & coworkers at Peninsula Funeral Home of Dorothy Hall. You have my sympathy & appreciation for Mrs. Hall. She played the organ at Peninsula for my family funerals there for 63 years.
Mark Waggoner
December 28, 2011
Dear Bobby and the Hall/Miffelton family, I was very sorry to read about your loss. Dorothy Hall was a wonderful woman and will be missed. You are in my thoughts. Please accept my sincere condolences.
Forrest Wall
December 27, 2011
Bobby and family: We hope you find comfort in knowing you are in the hearts and prayers of all your friends. Love,
Bill and Debbie Vaccarelli
December 27, 2011
Showing 1 - 9 of 9 results