Sincerely with love and respect,

Eric
Eric M. Johnson Major, USA, Ret.
April 2, 2015
I remember Nurse James from Pembroke High School. I am thankful for her efforts to make Pembroke a success and I am glad to have known her.
Michael Recant
April 2, 2015 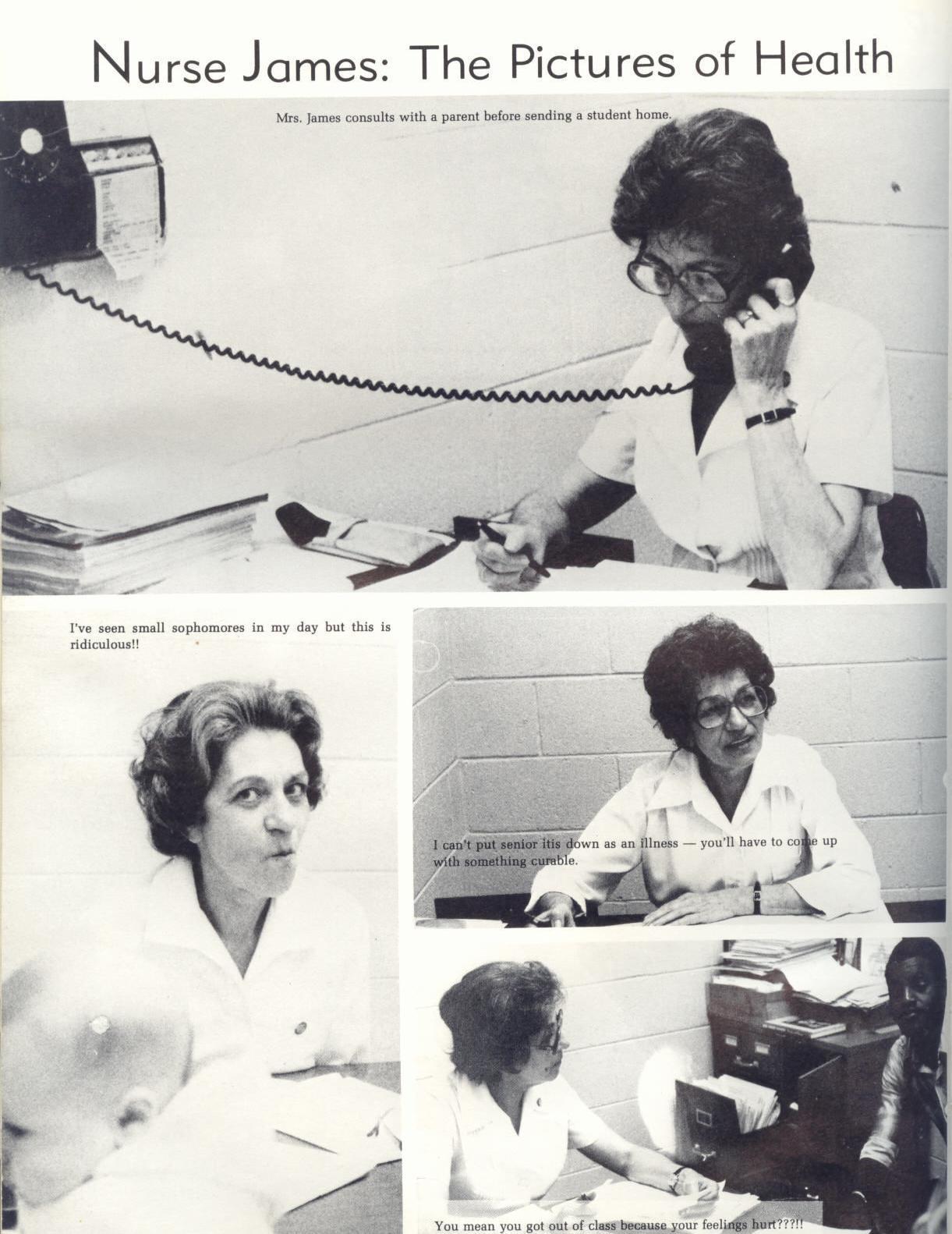 How lucky we were as teenagers at Pembroke High School to have Nurse James in our lives! She was more than just the school nurse - cheerleader, counselor, confidant, friend, and even our 2d Mom. Nurse James gave so much to the students at Pembroke and I hope we gave as much back to her. Our Facebook Pembroke HS Alumni page is filled with tributes to this wonderful woman. Sharon, Randy, Steven, and Richard - thanks so much for sharing your Mom with us. Her legacy lives on in the hundreds of Pembroke HS alumni.
Joanne L Bluhm Stratton '73
April 2, 2015
"MO" what a beautiful sweet funny treasure we have lost. I have so many memories of you in high school and at the church later helping my niece's at camp. In high school you really helped me , by just listening to me when my parents were getting a divorce. I know you have heaven smiling and know that you will be greatly missed.
Love Kathy Renn , part of the James family
katherine Renn
April 2, 2015
To a life well lived! She will be missed.
Delia Lee Scallion
April 2, 2015
Please accept our deepest sympathy in the loss of beautiful Mrs. James. She was loved by so many, including our Mother, Anita McKinley. Mom worked with Mo at Phoebus HIgh School. Now they can share good times in Heaven together. Love and prayers are with you. May God comfort you with His grace, love, and peace. Tom and Judy McKinley Fernald, Rex and Chris McKinley
Tom and Judy Fernald
April 2, 2015
Will never forget this beautiful lady. All the great memories she has left us. God Bless you Nurse James. May God Bless your family.
Deb Easterling
April 2, 2015
Showing 1 - 21 of 21 results