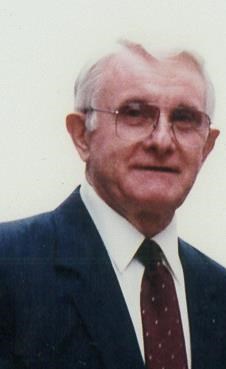 BORN
1930
DIED
2017
ABOUT
Menchville High School
FUNERAL HOME
Peninsula Funeral Home
11144 Warwick Boulevard
Newport News, VA
NEWPORT NEWS - John M. Caywood was born September 8, 1930 in Big Stone Gap, Virginia. He passed away peacefully on November 6, 2017 with his devoted wife by his side. John graduated Cum Laude from Lincoln Memorial University with a BS degree in Physics and Math. He also earned a Master's degree from the University of Virginia in Educational Administration. John took on a dual role as a teacher and assistant principal at the young age of 23. After many years serving as a principal at various schools, he was appointed as the first principal of Menchville High School. He remained at Menchville for 18 years, earning many awards for his outstanding leadership. During that time, the school was recognized for excellence, being one of 114 schools out of 22,000 in the U.S. In 1985, John was chosen Principal of the Year by his peers and in 1990, he was inducted into the VHSL Hall of Fame after his retirement in 1988. John is survived by his loving wife, Shirley; his son, Bruce Caywood; his daughters, Debby Walden (Denny) and Trisha Carr (Mark); grandchildren, Shelley Quatro-Abel (Barry), April Firth (Ricky), Brian Carr; great-grandchildren, Alexis Quatro, Devin Quatro, Bryan Abel and Caleb Firth. The family would like to thank the wonderful caregivers of the Crossings' Memory Care unit for their loving support during this difficult time and Absolute Home Health and Medi Home Health and Hospice. A visitation will be held on Thursday, November 9, 2017 from 5:30 to 7:30 p.m. at Peninsula Funeral Home with a celebration of John's life to be held Friday, November 10 at 11:00 a.m. at Peninsula Funeral Home. In lieu of flowers, the family requests donations be made to the Alzheimer's Association, Williamsburg Branch Office, 213 McLaws Circle, Suite 2-B, Williamsburg, Virginia 23185 or online https://www.alz.org/seva.
Published by Daily Press on Nov. 8, 2017.
To plant trees in memory, please visit the Sympathy Store.
MEMORIAL EVENTS
Nov
9
Visitation
5:30p.m. - 7:30p.m.
Peninsula Funeral Home
11144 Warwick Boulevard, Newport News, VA
Nov
10
Celebration of Life
11:00a.m.
Peninsula Funeral Home
11144 Warwick Boulevard, Newport News, VA
Funeral services provided by:
Peninsula Funeral Home
MAKE A DONATION
Please consider a donation as requested by the family.
MEMORIES & CONDOLENCES
Sponsored by Peninsula Funeral Home.
37 Entries
Mr. Caywood truly was an inspiring educator. He was well loved by the students at Clintwood High School in Dickenson County, VA where he spent some time and where his presence was missed when he left to further his education. Sincere sympathy to all who loved him.
Ginger Rose Senter
March 4, 2018
Have such fond memories of Mr. Caywood when he was at Clintwood High School...
Betty Hawkins Taylor
February 28, 2018
The standard that Mr. Caywood set is the model for all educational leaders to emulate; regardless of the era. He IS what we wish for all principals to be. Compassionate, intelligent, visionary, with integrity as its foundation.

A leader within NNPS, the VHSL, and teh City of Newport News, his leadership inspired us to be confident in our endeavors without compromise to circumstances.

Well done Mr. Caywood.
Michael D. Feldman
November 13, 2017
John was a principal's principal. Great leader, good friend and a credit to the profession. Deepest sympathy to his family. John, you will be missed and remembered.
Bernie Freeman
November 12, 2017
A wonderful man who inspired so many. My deepest condolences to his family for such a loss. His legacy will live on in our hearts.
Jennie Alexander
November 10, 2017
Blessings and prayers to the Caywood family. Mr. Caywood was my principal when I started my career as a teacher and athletic trainer at Menchville. I would have never succeed in both without his love and guidance. Dianne Limerick
Dianne Limerick
November 10, 2017
My deepest condolences to the family of Mr. John Caywood, one of the nicest man I have ever known. His leadership at his Menchville family was more than incredible. I have learned so much from him and will always be thankful to have had the opportunity to work with him. I am praying that his family can go on with their lives, knowing that he is now in heaven.
Evelyne McNuty
November 10, 2017
Our condolences to your family, what a kind, loving example John and
Shirley made in our neighborhood. Hang in there Shirley, God is taking over where you left off, he is now resting in his arms, at peace.
Your family is lifted up in prayer, love, the Eppes Family
Eppes
November 10, 2017
He was a good man and great leader. Condolences to his family, may you rest peacefully.

Margarete (Burns) Bailey
Class 1973
November 10, 2017
My condolences to the Caywood family. He was a blessing to so many. He served all of his students very well. Was always an inspiration to us all. God Bless
Rodney Morefield
November 9, 2017
I will never forget Mr. Caywood. He truly was a leader! Peace to all his loved ones.
Deb Clark-Ward
November 9, 2017
He was a kind man and wonderful principle. Rest well.

Sherri` McCadden Perry
Class of 1980
Sherri Perry
November 9, 2017
He was a wonderful principal and I remember he always had time to talk with students. I was blessed to have him as my principal all four years I attended MHS. (Class of 1987)
Lisa Harrell
November 9, 2017
I have fond memories of Mr. Caywood, a great principal and strong leader. I am sorry to hear of his passing. Rest peacefully Mr. Caywood. May memories comfort the family.
Class of 84
Robin
November 9, 2017
May he Rest In Peace. Mr. Caywood was always kind to me.
Bernadette Price
November 9, 2017
I'm so sorry to hear of Mr. Caywood's passing. He was a great leader at Menchville. My whole family used to laugh when the absent recording continued to come even after I had graduated. My thoughts and prayers are with his family. Class of 1988
Lori Smith
November 9, 2017
So sorry to hear about your loss. You know that God and Jesus are in the best position to comfort us when we lose a loved one in death.
Griffin
November 9, 2017
I will always remember Mr. Caywood as a kind principal, a dedicated educator, and a proud Monarch. I am sad to learn of his passing. Godspeed, Mr. Caywood.
Richie DeLoria, MHS 1982
November 9, 2017
I'll never forget as a freshman at MHS. "This is an announcement for all school personnel: The Eagle has landed." What a good leader for all us kids (and the adults too).
David Wiggs
November 9, 2017
MHS 1983
Angela Hysmith Coxton
November 8, 2017
Mr Caywood was awesome never minded going to his office when I got in trouble. Sorry for your loss our thoughts and prayers are with you through this time of grieving.Class of 86
Andrew Hartman
November 8, 2017
He was a very kind and caring man..Always remember that smile has you walk down the hall..keeping the family in my thoughts and prayers

Debbie Harrell Ayscue
Class of 1976
Debbie Ayscue
November 8, 2017
Sorry to hear of Mr. Caywood's passing. He was always such a kind and caring principal at MHS - Class of 1972. I remember his smile ... his words of encouragement ... and how he was always about the students. He leaves this world making a big difference in so many young people's lives. My prayers to the family.
Myra Smith
November 8, 2017
Mr Caywood was a great man. My condolence to the family. My GOD be with the family.

CLASS OF 1974
DARLENE SALTER
November 8, 2017
My condolences to the Caywood family. Mr. Caywood was a great principal during my years at Menchville High School.

Drusilla Pair, Class of 1981
November 8, 2017
Mr. John I will never forget you. During the short time of knowing Mr. John he showed me how to keep the endurance and to never give up no matter how difficult it may seem. And for that I'm forever grateful. You never know why paths crosses. Fly high Mr. John until we meet again. To Mrs. Shirley and family I pray God's peace and comfort over you during your difficult time. Smile when time seem hard and know you served him well. Crystal
November 8, 2017
My thoughts and prayers are with the family during this time.
I really looked up to him in high school. I was new to the area and he went above and beyond to help me feel welcome at Menchville. I will miss him as I have since I graduated.
I did go back a few times and visit with him during school hours. He was the best Principal that Menchville ever had. His legacy lives on in the hearts of those lives he touched and made a difference in.
David Sowell
November 8, 2017
Mr Caywood was a wonderful, kind man, and a good Principal. I am very sorry for your families loss. (class of 86)
Lisa (Woolard) Massey
November 8, 2017
So sorry for your loss. Mr.Caywood was principal the first year I went to Menchville. I remember him as soft-spoken; kind; and always eager to talk to students. He has a legacy that is hard for others to fill. Condolences to your family in this time of sadness.
SUSAN WATERS
November 8, 2017
I was hired at MHS the second year it was open. I found Mr. Caywood to be a wonderful mentor from whom I learned a lot. I always had fond memories of him and missed him sorely when he retired. My condolences to the family.
Jean Jones Priest
November 8, 2017
So sorry to hear of the passing of the first Principal at the great Menchville High School. I fondly remember him being a very kind and caring principal. Prayers to the Caywood family.
Wendy Guilford
November 8, 2017
I was lucky enough to have met Mr. Caywood as my principal at Menchville years ago. The student's loved him. We knew he was a kind man even then. I was lucky to be able to meet/talk to him again more recently as he was married a dear friend's mother. He was a wonderful husband, father and grandfather to her family. Prayers to all of his loving family.
Jean Farrar
November 8, 2017
RIP Mr. Caywood - a wonderful person - my high school principal at NNHS and my boss at Menchville -
BELINDA FORTNER LANGSTON
November 8, 2017
Mr. Caywood was my principal at Menchville High school.(1973) He was a very kind person and he was a great example to all he came into contact with.
Pamela Anderson
November 8, 2017
Rest In Peace Mr. Caywood. I remember him as a smiling kind man. My deepest condolences to his friends and family.

Bryan Bowyer, MHS 1975
Bryan Bowyer
November 8, 2017
I was in the first group of students to attend Menchville High School when it opened and stayed to graduate in 1973. Mr. Caywood was one of the few people I had in my corner while I was a teenager. I came from a single parent family with a lot of turmoil and instability. He was a mentor and an amazing advocate for me and many others. If it weren't for him I never would have gone to college and then on to graduate school. He was a brilliant, kind and wonderful person. I think of him often. I am so very sorry for your loss and I will be sending my thoughts and prayers to all of you. I feel blessed that he was in my life.
Joela Allerton
November 8, 2017
John Caywood was a good person. In a world that has become hard and cynical John showed that caring about others was important. He treated me with dignity and respect when others thought I was not important. He fought for what was right not always for what was popular. He was a good leader allowing others to have input into important decisions. I saw him as a role model and his calmness helped to counter my brashness. We last talked almost fifteen years ago. I could tell he was preparing to fight a difficult foe. He fought long and hard. The world is less without him.
Charles Miller
November 8, 2017
Showing 1 - 37 of 37 results