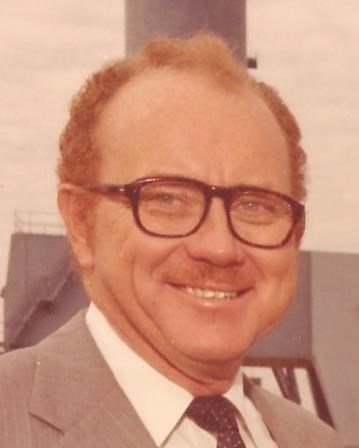 Kermit was born in the Madison County mountains of North Carolina. Early in his shipyard Apprenticeship he took a "leave of absence" and at the age of 18 joined the U.S. Marine Corp honorably attaining the rank of Sergeant in only three years.

Kermit was a 1952 graduate of Newport News High School and a graduate of the Newport News Shipyards' apprentice school, where he excelled in the five year program for shipbuilding and design studies. As an apprentice student, he studied continuously and was awarded the Homer L. Ferguson scholarship to Virginia Tech University, where he majored in mechanical engineering. In later years he went part time and obtained a Masters in Business Administration from the College of William and Mary. He rose to prominent managerial positions along the waterfront at the Newport News Shipbuilding.

Kermit was preceded in the death by a son Kenneth William Plemmons who died July 25, 1994. He is survived by his wife of 64 years, Laura Vincent Plemmons , a brother William Cline Plemmons and wife Jackie Holden Plemmons, a sister Barbara Lee Joyner and husband Gordon G. Joyner and another sister, Bonnie Lee Maness.

A memorial service will be held at 2:00 PM Friday, May 14, 2021 at Spring Creek United Methodist Church, where Ken and Laura are members.

Anders-Rice Funeral Home, 1428 Patton Avenue, Asheville, North Carolina 28805 is assisting Ken's family.
To plant trees in memory, please visit our Sympathy Store.
Published by Daily Press on May 9, 2021.
MEMORIAL EVENTS
May
14
Memorial service
2:00p.m.
Spring Creek United Methodist Church
Funeral services provided by:
Anders-Rice Funeral Home & Cremation Center
MEMORIES & CONDOLENCES
Sponsored by Anders-Rice Funeral Home & Cremation Center.
3 Entries
I graduated in the class of '52 NNHS with Kenneth and remember him as a very nice young man. We all went our separate ways after graduation and it sounds like he achieved a lot over the years. God Bless you and your family.
Barbara Hardison
Classmate
May 11, 2021
Semper Fi Marine, Rip.
CPL Scheck
May 10, 2021
Mrs. Plemmons and Mrs. Maness, I’m so very sorry for your loss. Both of you were teachers at Benjamin Sims Jr. High School in Hampton Virginia when I was a student there. I recognize the name Plemmons and knew Mrs. Maness was related and with both names appearing in this obituary I knew it was the correct people I was just a short little boy but you both made an impact in my life and I just wanted to offer my condolences to both of you. You probably don’t remember me and that’s fine. Life is great and I just had to let you know that what you taught me years ago made a lasting impression on me. Again so very sorry for your loss.
E.B. Moore, Jr.
Student
May 9, 2021