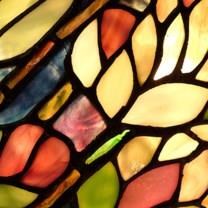 BORN
1943
DIED
2018
FUNERAL HOME
Nelsen Funeral Home - Williamsburg
3785 Strawberry Plains Rd.
Williamsburg, VA
Kevin P. Kelly, 75, of Williamsburg, Virginia, passed away on June 11, 2018. He was preceded in death by his parents, Kevin J. Kelly and Madeline M. Kelly. He served his country in the U.S. Army from 1966 to 1968, during the Vietnam War (1967-68). He received several awards including the Bronze Star, the Purple Heart and the Air Medal. He received a B.A. and M.A. from Michigan State University, a Ph.D. from the University of Washington, and a Post-Doctoral Fellowship at the Omohundio Institute of Early American History and Culture. Kelly was a research historian at the Colonial Williamsburg Foundation for 34 years. Left to cherish his memory are his loving wife for 48 years, Anne Kelly; his daughter, Rebekah (Becky) Kelly; and grandchild, Clare Stewart. A memorial service will be held at 10:00 A.M. on Friday, June 29, 2018 at St. Martin's Episcopal Church, 1333 Jamestown Rd, Williamsburg, VA 23185. Memorial contributions may be made to the Alzheimer's Association at alz.org or Omohundio Institute of Early American History and Culture at oieahc.wm.edu. Online condolences may be shared at www.nelsenwilliamsburg.com.
Published by Daily Press on Jun. 24, 2018.
To plant trees in memory, please visit our Sympathy Store.
MEMORIAL EVENTS
Jun
29
Memorial service
10:00a.m.
St. Martin's Episcopal Church
1333 Jamestown Rd,, Williamsburg, VA
Funeral services provided by:
Nelsen Funeral Home - Williamsburg
MAKE A DONATION
Please consider a donation as requested by the family.
MEMORIES & CONDOLENCES
Sponsored by Nelsen Funeral Home - Williamsburg.
4 Entries
I am sorry to hear of Dr. Kelly's passing. I learned a ton of information from him during my time at Colonial Williamsburg. Thank you for all of the knowledge you imparted to others. I can just see him, in my mind's eye, sitting down with St. Peter and the rest of the Saints and educating them. My thoughts and prayers are with his family and friends. Godspeed, Kevin. Sincerely, Paula Jeffery
Paula Jeffery
June 24, 2018
I was so sorry to hear of Kevin's passing. I enjoyed working with him at Colonial Williamsburg and learned a lot from him. RIP, Kevin
Kris Fox Brown
Williamsburg, Va
Kris Brown
June 24, 2018
Anne,

I was so sorry to read of Kevin's death. My thoughts are with you and your family.

Judy Knudson
June 23, 2018
I worked with Kevin for over thirty years. He was an intelligent and generous colleague who was greatly missed by the department when he left. We left his office as it was for years--just couldn't disturb it. I pray for peace for his family.
Cathy Hellier
Coworker
June 18, 2018
Showing 1 - 4 of 4 results