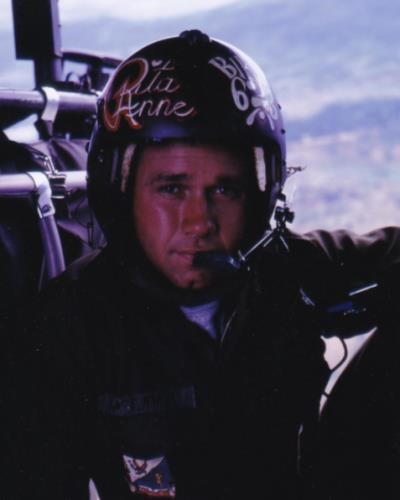 BORN
1948
DIED
2019
FUNERAL HOME
Peninsula Funeral Home
11144 Warwick Boulevard
Newport News, VA
Larry B. McLamb, passed peacefully surrounded by his devoted and loving wife, Redia Casebolt McLamb and other family members by his side on Sunday, October 20, 2019. Larry was a loving and faithful husband, father, grandfather, brother-in-law, uncle and friend. He was born on July 20, 1948 in Dunn, North Carolina. He moved to Virginia in 1951. He was a graduate of Newport News High School in 1968. Larry was drafted by the Army on January 13, 1968 and left for Vietnam in July 1969. When he arrived in country, he was assigned to the 170th Aviation Company (Assault Helicopter) Buccaneer Platoon. This unit was to become one of the most elite helicopter units of the Vietnam war. While in Vietnam he had several helicopters shot down which earned him multiple purple hearts. Larry flew many covert assignments. After returning back to the states, he was fortunate enough to fly with the Silver Eagles, US Army Aviation Precision Demonstration Team which utilized seven OH-6A Cayuse Helicopters. The Silver Eagles were the only helicopter demonstration team in America at that time. They traveled along with the Blue Angels, Golden Knights as well as other flying teams. The team accomplished many stunts or daredevil feats throughout the United States. During his military career Larry was presented with numerous Meritorious Service Medals, Army Commendation Medals, Air Medals and other awards. He was awarded the Humanitarian Service Medal for participation in the Air Florida Crash Recovery Operation in Washington D.C. on the 14th Street Bridge during the period of 13-27 January 1982. He retired from the Army on March 1, 1989 after 21 years of service. After his military career, he was employed as a Computerized Machinist at Grapha/Muller Martini in Newport News for 19 years.

He was preceded in death by his father and mother, Derry B. and Thelma Geraldine Tanner McLamb; uncles, J.E. McLamb, Stacy D. McLamb, Walter McLamb (Doris), and Warren McLamb (Patricia); and aunt, Edna Hickman (Dean). He is survived by his dedicated wife of 50½ years, Redia Casebolt McLamb; sons, Stacey D. McLamb (Lisa) and Anthony Ryan McLamb (Kim); daughter, Gabriell McLamb; granddaughter, Rachel Gary (Alex); grandson, Ryan Gary; sisters, Thelma Diane Thomas (James Bell aka JB) and Phyllis Joann Shepard (Dean); aunts, Margie Garland (late Ray), Gertrude King, Emmy Lou Royal (late Earl), and Hilda Raynor (Fred). He also leaves behind a sister-in-law, nieces, nephews and friends. He always had a smile on his face for all to see. He loved life and being with family and friends. As everyone knows, in his spare time, he loved to garden and cook.

A Celebration of Life will be held in the Chapel at Parkview Baptist Church, 604 Hilton Blvd (and Jefferson Ave) Newport News on Saturday, November 16, 2019 at 1:00pm. Pastor Rusty Beck will be officiating. Family will receive friends immediately after the service in the Fellowship Hall. 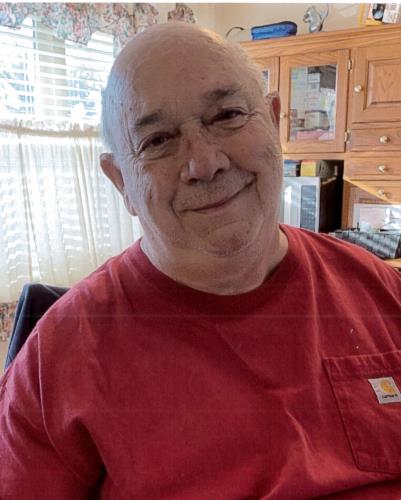 Published by Daily Press on Nov. 13, 2019.
To plant trees in memory, please visit the Sympathy Store.
MEMORIAL EVENTS
Nov
16
Visitation
Parkview Baptist Church- Fellowship hall
604 Hilton Blvd (and Jefferson Ave), Newport News, VA
Nov
16
Celebration of Life
1:00p.m.
Parkview Baptist Church,
604 Hilton Blvd (and Jefferson Ave), Newport News, VA
Funeral services provided by:
Peninsula Funeral Home
MAKE A DONATION
MEMORIES & CONDOLENCES
Sponsored by Peninsula Funeral Home.
5 Entries
Rest in peace Larry; my friend. See you on the other side. John Upchurch
November 14, 2019
Rest in peace Larry... You will be greatly missed
Michael Potter
November 13, 2019
Redia: I am sorry to hear about Larry. You are in my heart and prayers.
Debbie Bernardi
November 13, 2019
My thoughts and prayers are with you in your time of grief. May your memories bring you comfort.
November 13, 2019
Prayers for you Ritz and family. We are all here for you. Larry had such a sweet smile and personality. Love you
November 13, 2019
Showing 1 - 5 of 5 results