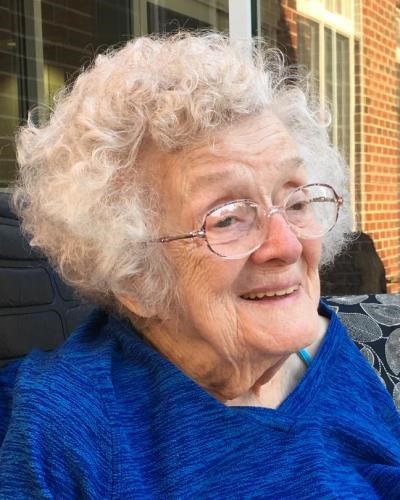 BORN
1920
DIED
2019
ABOUT
Hampton High School
FUNERAL HOME
Weymouth Funeral Home
12746 Nettles Drive
Newport News, VA
Margaret "Piggy" Hogg Hatchett died on Tuesday, August 6, 2019 at the age of 99. Born in Dixie Hospital in 1920, Piggy graduated from Hampton High School in 1937 where she played on the school's first women's softball team. She began her career as a secretary at Montague, Ferguson and Holt, where she met the love of her life, Gorin Felix Hatchett. Piggy stayed active in many social and philanthropic organizations. She was secretary to the National Seafood Festival held in Hampton in 1948 and 1949. Piggy served as secretary and treasurer of the Hampton Junior Women's Club. She was a lifelong member of Hampton Baptist Church, serving as flower chairman and the head of the young adult Sunday school class, and its first female deacon. Piggy was a member and past president of Chapter I of the P.E.O. She was a charter member of the Thursday sewing society. Piggy and Felix served as the American Legion coordinators for Boys and Girls State from 1952 to 1990. She was a volunteer with the Hampton General Hospital Auxiliary and the Lions Club Ladies Auxiliary for the Hampton Host Club. Piggy was a member of the Kecoughtan Literary Circle. Most of all she will be remembered for her chocolate chip cookies.

Family and friends are welcomed to stop by the home of Philip and Isabel Hatchett, 17 Museum Drive, Newport News from 4:00 - 8:00 pm on Thursday or Friday, August 8 or 9, 2019. A memorial service will be held at 10:30 am, Saturday, August 10, 2019 at Hampton Baptist Church, conducted by the Reverend Chester L. Brown. In lieu of flowers the family asks that contributions be made to Hampton Baptist Church, 40 N. Kings Way, Hampton, VA 23669. Arrangements by Weymouth Funeral Home.
Published by Daily Press on Aug. 7, 2019.
To plant trees in memory, please visit the Sympathy Store.
MEMORIAL EVENTS
Aug
10
Memorial service
10:30a.m.
Hampton Baptist Church
VA
Funeral services provided by:
Weymouth Funeral Home
MAKE A DONATION
MEMORIES & CONDOLENCES
Sponsored by Weymouth Funeral Home.
11 Entries
May God bless you all with His peace.
Ron and Betty Helbig Collins
August 14, 2019
Dear Bootsie and Bryan, I'm so sorry to hear your mother died. My mother was very fond of her. Weezie
August 13, 2019
Bryan, and Hatchett family, so sorry for your loss. What a wonderful lady who raised such great sons.
She certainly will be missed.
Linda Ashe
Linda Ashe
August 12, 2019
I was honored to know Piggy but a few short years at Hampton Baptist. From my perspective in the sanctuary, I watched her sing hymns familiar to her heart and memory banks, and a smile which seemed to always be present upon her face.

One early Sunday in my time as her pastor, she and her son sat together on the front center pew. I had moved from the chancel down to the floor and seated myself in a chair beside the communion table as we were to share the Lord's Supper. As I sat there looking across the congregation and smiling, she leaned to her left and quietly asked her son as she looked at me and then back at him, " Who is that woman?"

I smiled with a warmth that celebrated her straight and direct honesty. I also quietly celebrated the fact that she was the first woman deacon at Hampton Baptist.
And I followed her as its first female pastor.

May God bless the family and friends who remember and celebrate her 99 years of life, for she not only lived long, she lived well.
Elizabeth Mills
August 9, 2019
Phil, Bryon & Family
Oh! What a delightful dear lady !!I know she will be missed , but what a beautiful life she has had ...
You and Bryon were two of the most devoted sons I have ever known ,towards your mother.. The memories you must have , they are so precious !!

With Sympathy, Orvin & Sharon Melson
Orvin & Sharon Melson
August 8, 2019
I am so sorry for your loss. You and your family are in our prayers.
Karen & Norm
August 8, 2019
Karen & Norm Varner
August 8, 2019
So sorry to hear about your loss. You know that God and Jesus are in the best position to comfort us when we lose a loved one in death.
August 7, 2019
I have many fond memories of Margaret Hatchett from the time I spent working in Atty. Gorin Hatchett's office in downtown Hampton.
She was indeed a thoughtful, considerate, and godly woman.
My condolences go out to the family and friends, I send my prayers for peace and comfort in your loss. She will greatly be missed. 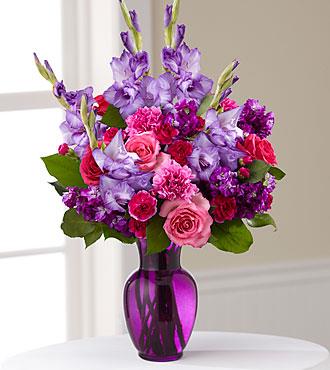 a loved one
August 7, 2019
What a beautiful life Piggy lived and what beautiful memories we hold of her. Thursday Sewing Group is waiting to greet her !
August 7, 2019
Showing 1 - 11 of 11 results