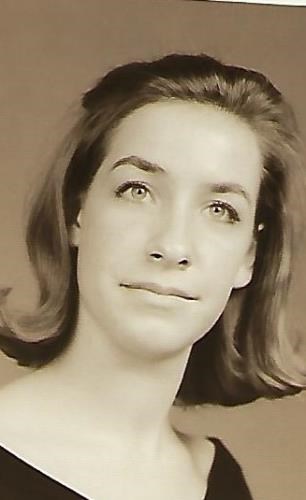 BORN
1949
DIED
2018
FUNERAL HOME
Amory Funeral Home
410 Grafton Drive
Yorktown, VA
GLOUCESTER, VA - Mary Ann was born on the Naval Weapons Station in the Dispensary in Lackey, Virginia, March 26, 1949. She grew up on Cook Road in a house on property that is now the Crooks United Methodist Church parking lot. When Mary Ann was 13 years old, the Fisher family moved to the new Edgehill subdivision and this is where Forrest and Mary Fisher remained as York County residents until their deaths in 1982 and 2005, respectively. Mary Ann is also pre-deceased by her husband, Eric J. Foell, and her siblings: Martin Fisher and his wife, Patricia; Sharon Fisher Horn; Gerald Fisher. Mary Ann is survived by her son, Michael Vaden; her step-children, Bryan and Christina Foell; her brother-in-law, O.J. Horn; many nieces and nephews; countless friends. Mary Ann attended Yorktown Elementary on Ballard Street, and then York High School, graduating in 1967, the greatest graduating class there ever was! Mary Ann attended Averett College, now a university, in Danville, Virginia from 1969 - 1973. Her son, Michael, was born during this time, in 1972. She returned to the Yorktown area by 1974. Mary Ann began working at VIMS in 1975 as a laboratory technician specializing in ichthyoplankton research. While there she began drafting work for the Dept. of Fisheries in a variety of capacities. Mary Ann met and Eric met in 1975 while they both worked at VIMS. He was a graduate student at the time, working on his PhD in Marine Oceanography. They married and moved to Gloucester in 1981 and remained residents of Gloucester until their passing. Her drafting abilities led her to the Gloucester Courthouse area in 1983 where she began a job with Dawson and Phillips Land Surveyors, followed by Sutton and James Land Surveying and Engineering Firm, now known as AES. Subsequently, she worked for Robert Buckley Land Surveying in White Stone, Virginia, and various other part time jobs. Mary Ann retired in 2005 and devoted her time to various volunteer organizations. Near and dear to Mary Ann's heart was the Golden Jubilee celebration at York High School, which took place in 2004. A charter member of the York High Alumni Association, Mary Ann remained a vital part until shortly before her passing. Mary Ann was an avid gardener, bird watcher and mushroom seeker. She loved to cook, especially ethnic cuisine, and invitations to her home for meals were never turned down. Mary Ann was also very artistic; her colored pencil and pastel works are coveted by family and friends. Funeral arrangements are being made by Amory Funeral Home. A celebration of Mary Ann's life will take place at St. Joan of Arc on February 3rd at 11:30am, with a reception to follow at the Edgehill Clubhouse. In lieu of flowers, donations in Mary Ann's memory can be made to your favorite charity.
To plant trees in memory, please visit our Sympathy Store.
Published by Daily Press on Jan. 28, 2018.
MEMORIAL EVENTS
Feb
3
Celebration of Life
11:30a.m.
St. Joan of Arc
, VA
Funeral services provided by:
Amory Funeral Home
MAKE A DONATION
Please consider a donation as requested by the family.
MEMORIES & CONDOLENCES
Sponsored by Amory Funeral Home.
9 Entries
We are saddened to hear about Mary Ann's passing. How she will be missed by all who were fortunate to have been close to her. So many fond memories to cherish. Our thoughts and prayers to all.
Jo Baldwin
February 27, 2018
Mary Ann was a dear friend during and after high school. We kept in touch sporadically but more so in the last few years. She was always upbeat and full of life. Her dedication to the York High Alumni was admirable.
She was a dear friend, great support when my brother Gary was ill. We spoke in December and she was planning and settling things as anyone who knew her, knew she would. A lovely lady and dear friend. I will cherish my memories. She was one of a kind for sure!
Debbie Grow Freed
February 5, 2018
So many people were touched by the heart of Mary Ann, and many of them are now grieving her loss, my deepest sympathy is sent to all who loved her. It is thanks to Mary Ann that the YHS class of '67 has remained cohesive for over 50 years. She was relentless in her self-inspired task of keeping us united. I last saw Mary Ann at our 50th reunion this past October, we all knew how sick she was, and that we might be saying a final goodbye. Mary Ann was instrumental in organizing the 50th anniversary of York High School, the Golden Jubilee, and thanks to her inspiration, it was a success beyond our wildest expectations. We were able to raise enough money to establish a scholarship fund, which has helped many students pursue continuing education that otherwise would have been unable to do so. I will remember her always.
Sandi Bentley St Laurent
February 2, 2018
I am truly sorry to hear of Mary Ann's passing. I will miss her wonderful e-mails.

Sandra Crowther Vital
San Antonio TX
January 31, 2018
Bless you my friend.
Nita Harris
January 30, 2018
Grief and be hard , but our special memories help us to cope, I'm sorry for your loss. May the God who binds up the broken-hearted and comfort all who mourn, sustain your family during this difficult time... Isaiah 61:1,2.
January 29, 2018
I was so sorry to hear of Mary Ann's passing
Although we drifted in and out of each other's lives for 40 yrs, I valued her friendship.
Rest In Peace, Dear Friend
Beth Linkous Coulson
January 29, 2018
I am saddened to hear of Mary Ann's passing.
I have not seen her since our time at YHS. When I remember her, her happy & joyful smile is what I see. She had countless friends and unlimited energy. She was such a delightful person. The world would be such a better place with more wonderful people like Mary Ann.
I am sending my heartfelt sympathy to her family.
Carol Ann Johnson
January 28, 2018
Deborah Harbison
January 28, 2018
Showing 1 - 9 of 9 results