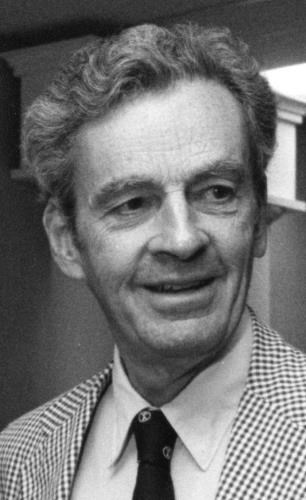 BORN
July 29, 1921
DIED
December 22, 2016
FUNERAL HOME
Woody Funeral Home Huguenot Chapel
1020 Huguenot Road
Midlothian, VA 23113
NEWPORT NEWS - Philip Foster Murray, M.D., 95 years of age and a resident of the Peninsula for over 60 years, died on Thursday, 22 December 2016. Phil was born 29 July 1921 in Larchmont, New York to Douglas Murray and Margaret Barbour Murray. He graduated from George Washington High School in Alexandria, Virginia. Upon completion of his bachelor's degree, medical school, and internship at the University of Virginia, he served in the U.S. Army in Japan and Korea. After leaving the Army, he completed a dermatology residency at Buffalo General Hospital, Buffalo, New York, where he met his wife, Elizabeth. As a Board Certified dermatologist, he was in private practice in Hampton from 1955 to 1976, in addition to being on staff at the Hampton Veterans Administration Hospital. He was also a lecturer of dermatology at the Medical College of Virginia in Richmond and was an assistant professor of dermatology at Eastern Virginia Medical School. After retirement, Phil became very interested in complementary medicine and coordinated the class, "Approaches to Better Health", at Christopher Newport University's Lifelong Learning Society. He was instrumental in establishing the Peninsula Peace Education Center and was a member of Physicians for Social Responsibility. Phil is survived by his wife of 65 years, Elizabeth, and his children, Pamela Davis and husband James Michael Davis, of Midlothian, Virginia and Patricia Colonna and husband Dr. David Colonna of Winston-Salem, North Carolina, and four grandchildren, Todd Davis, Ross Davis, Elizabeth Colonna, and Ann Colonna. He is also survived by his sister, Patricia Murray Clifton, of Berkley, California, and her children. Phil loved music, playing the piano even in the last weeks of his life. He had an inquisitive mind, a gentle sense of humor, and a generous spirit. A private memorial service will be held at a later date.
To plant trees in memory, please visit our Sympathy Store.
Published by Daily Press on Dec. 25, 2016.
MEMORIAL EVENTS
No memorial events are currently scheduled.
To offer your sympathy during this difficult time, you can now have memorial trees planted in a National Forest in memory of your loved one.
Funeral services provided by:
Woody Funeral Home Huguenot Chapel
MEMORIES & CONDOLENCES
Sponsored by Woody Funeral Home Huguenot Chapel.
6 Entries
Phil and I had lunch together every week for 35 years and I miss him very much. He was my closest friend and always there when I needed anything at all. He helped everyone who needed help, regardless of politics or religion, and that is what I will remember about him. He never took the safest route, but the one leading to social justice, peace and good in the world.
Jack Balkwill
January 5, 2017
Dear Beth,

Our prayers are with you!
Carter and Karen Sale
January 2, 2017
My sympathy to the family. I have known Phil from the Peace Center and LLL Society at CNU. I have always enjoyed his company and lectures. He lectured on many great subjects at the Peace Center.

Ursula Mecking
Charlottesville, VA
Ursula Mecking
December 31, 2016
I have known Phil for many years, through his work with the Peninsula Peace Education Center and as a member of the York River Group, Sierra Club. Phil shared his knowledge on regaining and maintaining good health with many acquaintances. He spoke out on the perils of nuclear weapon proliferation and advocated for ending the arms race. More recently he hosted speakers to address climate change and its consequences. His brilliance and enthusiasm will be greatly missed. Truly a man of highest character.
Tyla Matteson
December 29, 2016
We knew Phil from the Peninsula Peace Education Center, and his interests in justice and peace. His steadfast and gentle spirit and keen insight were a gift to us all. God bless you Phil.
Steve and Kim from the Norfolk Catholic Worker
December 25, 2016
As President of Woody Funeral Home, I extend our deepest sympathy from all our staff for your loss. We are committed to providing the utmost care to you at this time and throughout the days to come. Our purpose is to assist and serve you in a manner that exceeds your expectations. We pledge to strive to merit the trust you have reposed in us.
Bernie Henderson
December 23, 2016