Published by Daily Press from Oct. 10 to Oct. 11, 2012.
To plant trees in memory, please visit the Sympathy Store.
MEMORIAL EVENTS
To offer your sympathy during this difficult time, you can now have memorial trees planted in a National Forest in memory of your loved one.
MAKE A DONATION
MEMORIES & CONDOLENCES
47 Entries
Im so sorry to hear that ms. Vikky. Ricky was a funny and loving guy even if you were mad at him! He always knew how to bring joy out of a bad situation.
Tremone Howard
Friend
October 2, 2019
Sending my deepest (&) most heart-felt condolences to the family of Ricky L. Platt. Although, we went to the same school (&) I did not know you ; I knew your brother, Malcolm Lance. Such a devastating loss to such a full life. You will be missed by all. RIP RICKY
Desiree Elliott
October 22, 2012
I send my prayers n love to u n yo fam vikki..
eboni banks
October 13, 2012
My heart and my prayers are with you cuz. I will continue to keep you and the fam in prayer. May God give you the peace and the assurance that Rick is with our Father in heaven and my Aunt Millie. Always know Rick will be watching over you always. Love you Vickie your cousin Ro
Ro
October 11, 2012
A life cut short. Give Millie a big hug for me when you see her :)
Melanie Archer
October 11, 2012
Vicky and Melivn, I am sending condolences for your loss. 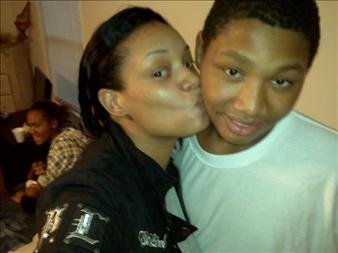 October 11, 2012
Aunt Dana will always miss you my dear nephew..God and my dear cousin your grandmother have you now R.I.P...I LOVE YOU ALWAYS
Dana White
October 11, 2012
Even Though We Never Met I Still Love You Cousin & You Truly Will Be Missed! <3
Ciera Crews
October 10, 2012
Rick you will be missed, love you always still can't believe it but your in a better place now.
Jasmine Davis
October 10, 2012
Vikki & Fred just know that God is our comforter in times like this. There is nothing anyone can say to ease your pain. Just know that Vikki I love you like your my sister & Fred like my brother. Trust & know that God NEVER makes any mistakes. He is strengthing you as we speak. Keep praying & keep your head up. Love you both.
Tracey Cooke
October 10, 2012
Tammy Wyche
October 10, 2012 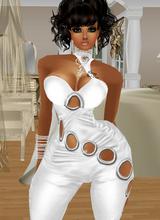 Sending our prayers in your time of sorrow. With deepest sympathy
Howard & Wompie Dunlap
Howard/Rochandra Dunlap
October 10, 2012
Always will love u lil bro damn miss u already still hurts.
Ivory Evelyn
October 10, 2012
To Vikki and Fred my thoughts and prayers go out to you i no the hurt and pain that you are going through just put it in the Masters hand and he will take care of you. I didnt know your son but i can feel your pain just know that he is in a better place and God got him. Love you Vikki
Ann Taylor
October 10, 2012
WE MISS U "RICK"!!!!! LOVE,JAIUAN AN TRINITY
October 10, 2012
Rest in easy rick and watch over us you will be missed

Love always popie,mama,daja,ur boy Carl,jamani
Al-nissa Cephus-Rice
October 10, 2012
To my family! May God bless each and every one of yall! All MY STRENGHTH AND GRIEF TO BARE TAKE EVERYTHING TO GOD IN PRAYER! WEEPING ENDURES FOR A NIGHT BUT JOY COMES IN THE MORINING! LOVE, ALWAYS AUNT WENDY, JAIUAN AND TRINITY
October 10, 2012
This candle is to represent his life before and after. His light will always burn bright.
Georgette Keyes
October 10, 2012
Vicki I am so sorry for your loss one thing I can say is he is no longer in pain and he is happy. He wants you be be happy not sad cause regardless if he is here physically he will always be with you mentally, emotionally, and spiritually. Love you girl!
Georgette Keyes
October 10, 2012
TO THE FAMILY. I MET YOUR LOVELY WELL MANNERED SON ABOUT 3 YEARS AGO. I AM THE SISTER OF MRS. GERALDINE WILLIAMS OF AUGUSTA STREET , WHOM I WAS TOLD HELPED MY SISTER LOTS OF TIME AND WITH HIS GOOD MANNERISM WAS A LOVELY KID. ALWAYS SPOKE TO ME WHEN I CAME TO NEWPORT NEWS, VA., TO VISIT. MY PRAYERS ARE WITH U AT THIS TIME, KEEP THE FAITH, STAY IN THE WORD, GOD WILL WIPE ALL TEARS AND HE WILL SUPPLY ALL YOUR NEEDS. I AM GOING TO REALLY MIS SEEING RICKY.S FACE WHEN I COME TO VIST. I WILL BE PRAYING FOR U AND YOUR FAMILY.
JJOYCE GREEN MCAFEE
October 10, 2012
May the memory of your beloved Ricky and the special life you shared with him, be a comforting reminder of the depth at which you showed him that you cared. Our thoughts and Prayers are with Vikki and family. Keep your head up as well as your faith in God and he will carry you though this rough journey. R.I.P. Ricky
Amy Walker Thornton
October 10, 2012
My heart feels a void and words have no meaning. My dear Vicky may you find peace in the most of this storm.I love you all.
C Lopez
October 10, 2012
To Vikki and family...I am sadden to hear the loss of your son...my prayers are with you in this time of mourning...Summer's mom Sheila Hagins-Butler
Sheila Hagins-Butler
October 10, 2012
Vikki, I am so sorry about your lost.
My heart and Prayers are with you and your family.
Shanell Ballard
October 10, 2012
Vikki & Fred, my condolence to you and the family. I will keep sending prayers up that he is safe and sound in the hands of his Lord. Ms. Bobbie, Nikki, Felicia, Mina & Kura.
Loretta Bobbie Ayers
October 10, 2012
I am so saddened to have read about Ricky's death. I was his fourth grade science teacher in Hampton City schools, and I remember Ricky as being a respectful, gifted student. My thoughts and prayers are with Ricky's family. I will never forget sweet Ricky.
Karen Sage
October 10, 2012
Vicki and Fred, I'm sorry to hear of your loss. Always know that "we may not know what tomorrow holds, yet we have faith in knowing the Lord holds tomorrow". I hope that you can find some solice during this time in knowing that Ricky is in a better place now.
Marcus Boyd
October 10, 2012
"Our thoughts and prayers are with the Platt family during this time". C.C.Carter and Staff
October 10, 2012
Love and miss u so much.
Spencer Family
October 10, 2012
May the warmth and comfort of lovely memories someday take the place of the sadness you feel now. With sincere sympathy...
PEazy Turntabletitian
October 10, 2012
To The Family;
Although no words can take away the sorrow that you bear, may it always be a comfort to know that others care. May the Father of us all whose mercies never cease, sustain you in your hour of need and grant you inner peace. With deepest sympathy... R.I.P.
Johnsie Boyd & Family
October 10, 2012
Showing 1 - 47 of 47 results