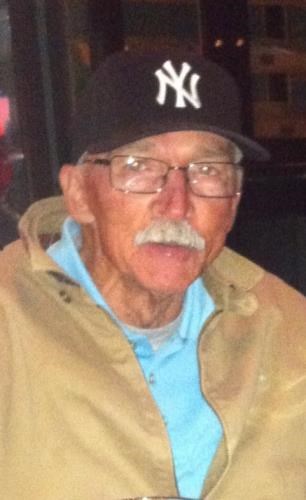 Robert Lee McConnell "Bob" died on April 13, 2018 after a courageous battle with cancer. He is survived by his mother Mary, brothers Richard (Ann) and John (Edie), nephews Michael and Taylor, aunt and uncle Betty and Clell Burgess. He is preceded in death by his father Rob Roy McConnell, Jr. Bob grew up in Williamsburg, Virginia and graduated from York High School. While attending Randolph-Macon College he was all conference in baseball and captain of the football team. After graduation he returned to York County to teach and coach. He was a teacher, baseball coach, and athletic director for 37 years at York, Bruton and Grafton High Schools. Bob was a member of the Yellow Jacket Club and a big supporter of Randolph-Macon Football. He was an avid golfer and enjoyed his weekly outings with his "golfing buddies". Bob was a devoted son, loving brother, great friend and caring mentor to his many students and players. The family would like to thank his medical team (Dr. Booth and Olivia) and the staff at the Hospice House of Williamsburg. His ashes will be spread in a private celebration.
To plant trees in memory, please visit our Sympathy Store.
Published by Daily Press on Apr. 22, 2018.
MEMORIAL EVENTS
No memorial events are currently scheduled.
To offer your sympathy during this difficult time, you can now have memorial trees planted in a National Forest in memory of your loved one.
MAKE A DONATION
MEMORIES & CONDOLENCES
20 Entries
Seeing Bob's obituary brought many fond memories of our friendship with he and his wife, Marilyn. They were our neighbors when we all lived on Pavillion Place in Newport News. We enjoyed dinners, boating, crabbing, etc. Bob especially liked my beans and cornbread. He would end up too full to sit. We left the area and lost contact but the good memories remained. Our heartfelt sympathy to his family.
Diane & Tom Snee
April 25, 2018
Our prayers are with your family.
Caroline Talbot
April 24, 2018
To the McConnell family,

It is with heartfelt sadness that I learned of Bob's passing. Bob and I worked together at Bruton High School for many years. It was a privilege to have known him so well, and I will never forget his thoughtfulness and kindness.
With great personal sorrow, I share your loss and extend my heartfelt sympathy.

Sincerely,
Rosa L. James-Alston
Former Librarian of BHS
Rosa L. James-Alston
April 24, 2018
Thank you Coach Mac for your words of wisdom and encouragement. Always a pat on the back and kind but firm guidance when I made mistakes. You are loved and missed. Bruton HS 1987: football, track, and basketball.
David Maynor
April 24, 2018
Condolences to his family. Please know that Coach Mac was a greatly admired and respected coach, teacher, athletic director and friend. Bruton and Grafton High Schools had the privilege and honor of having him as the first AD for each of the schools. He developed programs at both schools that continue to represent his legacy. He touched so many peoples lives and will always be remembered for his witty humor. I have no doubt that he will continue to fondly look upon York, Bruton and Grafton from up above.

RIP Mac
Jay Rada
April 24, 2018
May the love of friends and family carry you through your grief.
Jay Rada
April 24, 2018
Mr McConnell you were one of my favorite teachers at York High School. You'll be missed. Deepest sympathies to your family.
Pam Powell
Class of 1970
Pam McLoughlin
April 23, 2018
Rest In Peace Uncle Bobby! You are loved and admired by so many.
Love
Jenn and Todd
April 23, 2018
My deepest sympathies and prayers to the McConnell family. He was a beloved coach, mentor and motivator who I'll always have the utmost respect.

"May the light of heaven shine on your grave."
Dennis Smith
April 23, 2018
Bob is likely having a cup of coffee this morning with his friend and fellow coach, Charlie Hovis. I know they're laughing and telling tales from their York High/Tabb High coaching and teaching days. They were teammates as they helped integrate York High in 1968. As a fellow faculty member there, I just always remember Bob being an upbeat, positive, happy person, but serious about competition. His legacy now lives on in the many, many lives that he has positively influenced! Well done, Coach! It was a pleasure knowing you.
Bill Parker
April 23, 2018
Mary and Richard,sorry to hear about Bobby's death.When I was a little girl you all lived next door to my family,(Loetta and Tommy Wroten)My prayers are with you.

Billie Wroten(Pasco)
Billie Wroten(Pasco)
April 23, 2018
Mr. McConnell was one of my teachers at York High School. I remember him as being very kind and always happy. He was extremely handsome also.
Brenda Foster-Cordell
April 22, 2018
I remember when Mr. McConnell first came to York High School. His movie star looks had all the girls wanting to be in his class! He taught me sociology which became my college major. My deepest condolences to his family and friends. I never forgot Mr. McConnell.
Joanne Rice
April 22, 2018
Sorry to hear this. Bob was my baseball coach at York many years ago. Admired him as both a coach and person. Loved playing for the man. God bless

Mike Hogan
April 22, 2018
good night coach. you're free now.
blessings to the family.
dave marsh
April 22, 2018
One of my favorite teachers at York High....so saddened to hear this. Prayers for the family.
Debbie (Harper) Woodward
April 22, 2018
I had the good fortune to know and work with Bob at the Golden Horseshoe Golf Club. We had many discussions about a range of subjects during our time together working and playing golf. Bob was a patriot who loved his country and the many freedoms we share as citizens. He was a fierce competitor who played by the rules and loved the competition with friends and buddies. Bob was a good man who had shared his "values" with all who knew him. I can only imagine that he had a positive impact on all those young men and women he came into contact with during his days as an "educator and coach." He will be missed by all who knew him and enjoyed his company.
Dick Gilmore
April 22, 2018
Dick Gilmore
April 22, 2018
He was my 11th grade, Jr Year History teacher, at York High School. I liked him as a teacher.