Robert James SMITH Sr.
HOBBS, N.M. - Robert 'Bob' or 'R.J.T.' James Smith Sr., 74, followed his wandering star to his place of rest on Sept. 15, after a long illness.
Born on Jan. 6, 1936, in Newport News, to James Joseph and Marguerite Adelia Horton Smith, Bob graduated from Newport News High School and attended Virginia Military Institute. He answered his nation's call to service and served in the U.S. Coast Guard for twelve years. After briefly working as a drug store manager in Maine, his engineering training and love of land drew him to a long career in land surveying, which took him to many locations in the U.S. Later, he translated his surveying knowledge into archeology. He participated in multiple digs in New Mexico, including the Orogrande Man dig and the dig in which he found an Anasazi female which he named "Muffin." He retired in Hobbs, New Mexico.
Bob was a man of multiple talents and passions. He played football for Newport News High School and Virginia Military Institute and remained a sports enthusiast to the end. He loved airplanes and became an honorary colonel in the Confederate Air Force. He served as a B.S.A. scout master. When in Lexington, he "adopted" first year cadets from his beloved V.M.I. to give them a home away from home. He lent his rich baritone voice to several Baptist church choirs. Many family and friends were gifted with his artwork. He challenged others to expand their knowledge with games of Scrabble, and gifts of periodical clippings and books.
Bob is survived by his two children from his first marriage, Deborah Stanley-Chipperfield, of Gillette, Wyo., and Robert James Smith Jr., of Roanoke Rapids, N.C.; two grandchildren, Hunter Stanley and Moriah Stanley-Averett, of Gillette, Wyo.; three adopted sons from his second marriage; two nieces and three nephews; several great-grandchildren; and numerous extended family members. He is also survived by the love of his life, Susan, of Hobbs, N.M., and her four children and grandchildren.
He was preceded in death by his parents; his sisters, Delia Ann Smith (infant) and Kathleen S. Brown; and his brother, Albert H. Smith.
A graveside service will be conducted at 11 a.m. Saturday, Sept. 25, 2010, in Clark Cemetery, Fox Hill by Dr. Cynthia Rosser Higgins.
Arrangements are under the care of R. Hayden Smith Funeral Home, Hampton, Va. View and post condolences on our online guestbook at dailypress.com/guestbooks.

Published by Daily Press from Sep. 22 to Sep. 23, 2010.
To plant trees in memory, please visit the Sympathy Store.
MEMORIAL EVENTS
To offer your sympathy during this difficult time, you can now have memorial trees planted in a National Forest in memory of your loved one.
MAKE A DONATION
MEMORIES & CONDOLENCES
13 Entries
October 11, 2010

Robert Smith may be a common name, but my dad was not a common character. I'm proud to carry on the name Robert Smith.

Robert James Smith, Jr
Roanoke Rapids, NC
October 11, 2010
Bob Smith was such a great guy! He kept in contact with my Dad and after his death my Mom, both lived near Lexington, VA. After her death he kept in contact with my husband and me. We loved his letters and the clippings he sent. He will be greatly missed. May God keep his family in His care and ease their pain.
Love and Jesus cares.
Linda & Gene Smith, Madison, VA
Linda and Gene Smith
October 1, 2010
Knowing Dr Bob only about 2 yrs, I made his the last med delivery in pm so I could visit when he felt up to it-A facinating memory,experiences,kind spirit-he was exceptional.'Hung up his spurs' now quizing the other great minds gone on---Oh to be a fly on THAT wall !! A loss to us ALL-- Farewell Friend--Don A
September 24, 2010
I first met Bob in 1991 when Sue started working at CVS. I can't believe that was 19 years ago. I was fortunate enough to visit them twice in NM. He was a great man. Sue you are a wonderful person. You are always in my thoughts. Love you, Melissa.
Melissa Hoy
September 23, 2010
We will miss corresponding and exchanging cards with Col. Bob, he always had something interesting to say.
Norris and Patricia Apperson
September 23, 2010 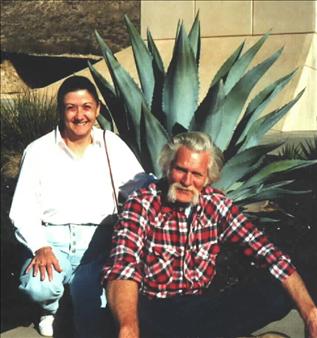 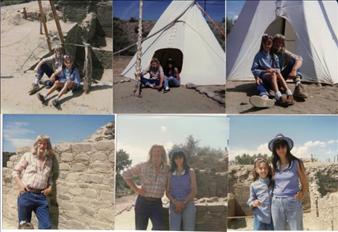 Billie Schueman
September 23, 2010
I met "Bob" while working in archeology in the Tularosa Basin in the 1990s and we formed a wonderful working and then personal friendship. He is one of the most interesting people I've ever met, filled with intelligence, honor, dedication to his passions, sense of humor, extraordinary work ethic and passion for what made things tick. He taught me how to use a transit and we mapped the City of Estey together. I will miss his life stories of places all over the world and discussing the vast knowledge he had gained during his life. Bob surveyed the land I'm sitting on now, 5 acres, and helped me stake the place. It was a hot, creosote-sticking day and Bob found an arrowhead for his Billy while he was walking the line. I remember surveying with him (and other good friends) in the high dunes of White Sands National Monument, and seeing his tall dark sillohuette saundering through the sand. Yes, he had a very identifying walk, as another friend mentioned. We wrote for many years after he and the love of his life, Sioux, moved to Hobbs, and I will miss his philosophies and letters. I will miss Bob, but am relieved that he is at peace. He has left me with a lasting impression of a great man and good friend, and endless knowledge. Thank you, Bob, for teaching and sharing.
Gail Wimberly
September 22, 2010
Gail Wimberly
September 22, 2010
Our love and sympathy to the family of our friend and classmate, Bob, RJT, COL., Fun 'n Stuff and blonde flat-top Smith. I had so much fun keeping in touch with him. What a fascinating guy! At our 30th reunion, NNHS 1954, Bob was there and when I saw him I said, "Hi, Bob, how are you?" He said, "I can't believe you recognized me!" I told him I did not recognize him, I recognized his walk. He had a blonde crew cut, flattop, clean cut and sharp as a tack and twice as flat headed. His barber gave him a very concise cut and it looked good on him. When I saw him at the reunion, he had long hair and a beard and looked like Buffalo Bill. His walk still stood out. I enjoyed his brother, Bert and his lovely wife, Rhonda and wish we had met his love, Siouxzn. We wanted to be at his service in Fox Hill but we are leaving for TX in the morn. as my sister's husband passed away and we will return this Monday. Our love to all of his nice family. Mickey and Carol Marcella
September 22, 2010
We were high school classmates, NNHS Class of 1954, and friends during those precious days of our youth. Like many of us, we made our way to the far corners of the world not to see each other again. You, my friend, are now at peace but you leave behind great sadness. The only member of your exteded family I have come to know is your beloved Susan and she is mourning your departure as much as any of us who remain. Until we meet again, may your eternal days be filled with joy and happiness.
Jack Nelson
September 22, 2010 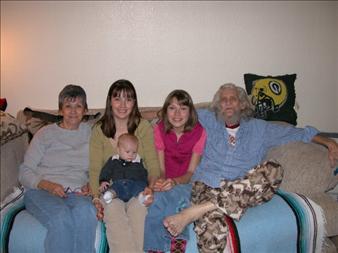 We may not have had the "paper" but we certainly had each others hearts for the last 25 + years. I will hold you in my heart forever and one day we will return to Maine and walk Popham Beach and look for sand dollars together. You were the love of my life , my rock and my hero.
You are so missed
Sue AKA Brown eyes
Susan Nicholas
September 22, 2010
Sue, Billie & Cheyenne, My deepest sympathy during your time of loss. You are always in my thoughts and prayers. Love you all! Lynda
Lynda Hawke
September 22, 2010
Showing 1 - 13 of 13 results